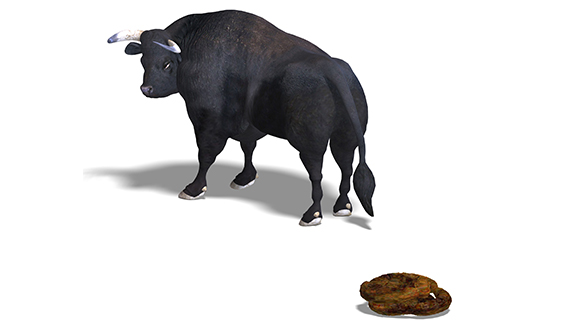 Ben S. Bernanke, the world’s most-powerful central banker, says he doesn’t understand gold prices. If his peers had paid attention, they might have stopped expanding reserves that lost $545 billion in value since bullion peaked in 2011. Bernanke, who holds economics degrees from Harvard College and the Massachusetts Institute of Technology and led the Federal Reserve through the biggest financial disaster since the Great Depression, told the Senate Banking Committee in July that “nobody really understands gold prices and I don’t pretend to really understand them either.” – Bloomberg

Free-Market Analysis: Bloomberg, in the above excerpt, provides us this latest disinformation regarding gold and central banking. The entire article, and it is a long one, is filled with one (deliberate?) misconception after another. But its main point is that gold fluctuates for mysterious reasons and central bankers are as clueless as the rest of us.

The wrinkle in this article’s presentation is this idea that central bankers don’t understand the “mysteries” of gold. It is a kind of sub-dominant social theme … that gold is so volatile and difficult to predict that placing it in one’s portfolio is a kind of leap of faith.

The article does spend some time explaining that at current prices gold has actually proven to retain its value better than the dollar. But the subtext, nonetheless, is that gold – like that crazy family member locked up in the attic – is an investment that is to be accompanied by a kind of secret shame. Buy it, but don’t talk about it.

In fact, gold, and silver too, are an indispensible part of how one defends oneself against the larger business cycle. Central banks print money – all at once these days, in concert – and the resultant flood of currency fools people into making rash expenditures.

The inevitable market crash leaves many financially crippled or even destitute. Those affiliated with central banks then inevitably purchase insolvent and semi-solvent operations for a fraction of what they are really worth. In this way, central bankers and their allies – a group that collectively encompasses what we call a power elite – continually centralize power and wealth.

It is not capitalism. It is not a market-place operation. Call it mercantilism if you wish. The process uses the power of a money-printing monopoly enforced by the state to endlessly enrich a handful of extraordinarily wealth individuals.

These people, in aggregate, are not stupid. The world’s money system runs on the dollar reserve, which is supported by the Saud family’s determination to accept only dollars for oil. Thus, all around the world bankers hold dollars. The United States can print virtually as many dollars as it wants, a scenario never before available to any country.

It is this ability to print endless amounts of currency that has allowed the US to build the world’s largest military, to create the world’s most comprehensive Gulag and to seed intelligence agents and mercenary specialists throughout the world. The US provides the muscle, London the brain and Israel, no doubt, some of the more strategic and delicate Intel operations via the Mossad.

The elites all work together – and this comprehensive alliance is mimicked by central banking. Please remember that central bankers from all over the world meet regularly in Switzerland, at the Bank for International Settlements, to “coordinate” monetary policy. They sit in a big room in front of a fancy table and discuss what they are going to do.

Does anyone seriously believe that these four individuals do not operate a common monetary policy? Does anyone believe that any of these individuals, or the dozens of other influential central bankers seated at the BIS table, have the latitude to go their own way in defiance of the others?

Further, can anyone regard those belonging to this cabal – for that is what it is – as cretins? These people and those who stand behind them, or above them, in the shadows have created the greatest empire, in aggregate, that the Earth has ever witnessed. They have done it not in years or decades, but probably over centuries. It is an intergenerational effort passed from father to son (or sons). No, they are not stupid.

But Bloomberg asks us to believe that this world of ours is run by fools. Here’s more from the article:

Central bankers became net buyers just before the peak in 2011. “Central bankers have typically bought when you probably should be selling and selling when you probably should be buying,” said Michael Strauss, who helps oversee about $25 billion of assets as chief investment strategist and chief economist at Commonfund Group in Wilton, Connecticut.

… The Fed, created a century ago, cut the dollar’s ties to gold four decades ago. Bernanke, when asked to explain gold’s volatility and the long-term impact of reducing economic stimulus, told the Senate Banking Committee July 18 that investors see a reduced need for “disaster insurance.”

In a Congressional hearing two years ago, he described the commodity as an asset rather than money and said central banks own bullion as a “long-term tradition.” Following that tradition has proved a poor investment decision. Kazakhstan almost doubled reserves the past two years and South Korea expanded them sevenfold since mid-2011.

Former Texas Representative Ron Paul, the Republican who pushed for an independent count of U.S. gold holdings to prove they exist, also urged that a commission consider “a metallic basis for U.S. currency.” Utah recognizes precious metals as currency and lawmakers in at least six other states have or are considering bills to accept bullion coins as legal tender.

“The gold standard era, at least from an academic view and I think from people that were contemporaries in the 19th century, were that it didn’t work very well,” St. Louis Fed President James Bullard said Aug. 23 in Jackson Hole, Wyoming. “It seems like it would be very problematic to tie the dollar to gold in an environment where gold is fluctuating like crazy.”

Returning to a gold standard, a monetary system in which currencies are converted into fixed amounts of metal, wouldn’t be feasible because there’s not enough available and it would prevent governments loosening monetary policy, Bernanke said at George Washington University in March 2012.

This last point is almost certainly wrong-headed. As hard-money economist Murray Rothbard has pointed out, the supply of gold and silver has little to do with its value – hypothetically anyway. Even a single ounce might be enough to drive the world’s money supply because people would use paper and digital bills for commerce, not the actual metal.

The article also points out that a gold/currency ratio would “prevent governments loosening monetary policy.” Isn’t that just the point? Constrained by a gold standard, governments would surely be more careful about over-spending and they would have more difficulty debasing the currency, as well.

But our position is more flexible than this. We’d like government out of the money business altogether, as the US federal government was, basically, before the Civil War. Let private banks issue money as they choose, backed by gold and silver if they wish, and let the market decide on which money works best and retains its value. Historically, gold and silver have won this competition.

Will we ever arrive at this situation again? Certainly, the current monetary environment is toxic and the modern, global, central bank economy will have to change, perhaps radically, over time. But those who have gotten us into this mess are nonetheless not stupid.

In fact, they may have done so on purpose. The idea is to make people so miserable over time that they will acquiesce to a more globalized currency and a fully international central bank. This is no doubt the next step and the current stance regarding gold may be part of it.

After all, from what we can tell, a global currency could be backed by a basket of currencies along with gold. If one wants to declare a global currency, or work up to it, then holding large amounts of gold is probably a good idea.

The idea that central bankers are merely neophyte traders in the gold market simply doesn’t make much sense. These people are disciplined; more importantly, what do they care about the red ink on their balance sheets? When you can print virtually all the money you want, are you really going to be concerned about taking trading losses?

Another point to keep in mind regarding gold is that the business cycle itself has not yet arrived at a conclusion as it did in the 1970s. There has been no gold “blow off” nor have gold stocks experienced higher highs. This business cycle has proven to be the most manipulated of all of them, with central bankers determined not to let the system experience the implosion it so richly deserves.

Even now they are surely getting ready to pump up equity markets again for a final stock market explosion. Only after this will the business cycle likely subside – with a ferocity that may usher in a new and more globalized financial system.

We shall see if central bankers remain net buyers of gold. It makes sense considering the present day business cycle has not yet concluded and the eventual blow-off may move gold prices into the stratosphere.

In the meantime Bloomberg and Ben Bernanke, too, want us to believe they are mystified by the very economic conditions they have helped create. Do you believe it, dear reader? Hey, Ben Bernanke has a bridge in Brooklyn he wants to sell you!