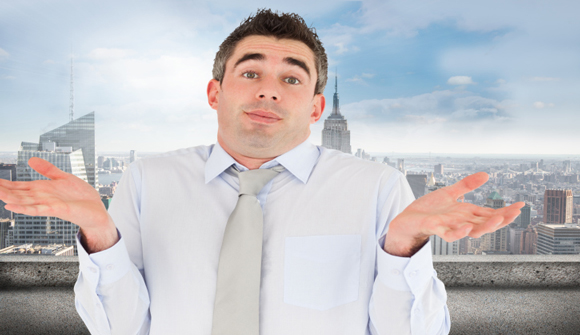 Gold tumbles as US economy shows more signs of strength … The strengthening US economy has helped send gold prices below $US1200 per ounce … Strong US jobs data on Friday fuelled expectations that the US Federal Reserve will start hiking interest rates soon, sparking a 2 per cent slump in the gold price that took it to a four-year low. The precious metal on Monday extended the fall, slipping another 0.25 per cent to $US1188 an ounce in late afternoon Asian trade, extending its losses since its year peak in March to 13.9 per cent. – Sydney Morning Herald

Free-Market Analysis: Gold has continued its downward trend, and confusingly so. As we can see from the above, expectations that the US Federal Reserve would start hiking rates sent the yellow metal tumbling. But is that how it's supposed to work?

As we recall, rising rates have the dangerous possibility of destabilizing the bond market and slowing the beginnings of the so-called US recovery. That in turn would be bad for stocks.

But yesterday stocks were not nearly so affected as gold. Here's more from SMH:

The stocks of Australian gold miners were punished hard in local trade on Monday. Australia's biggest gold miner, Newcrest, slid 3.4 per cent after falling as far as $9.88, its lowest since June. Smaller gold miners have been hit even harder, with Resolute Mining slumping 11.2 per cent, Northern Star Resources down 11.4 per cent.

The tumble comes as the US dollar surged against a basket of currencies after the US Labor Department said hiring accelerated in September, with the unemployment rate sinking to a six-year low. The Australian dollar fell 1 per cent against the greenback to a four-year low.

The US dollar's strength weakened the gold price and other precious metals, with silver slumping 1.1 per cent to $US16.80 – a four-year low.

"The US economy continues to charge forward, with unemployment breaking below 6 per cent for the first time since July 2008. However, the pessimists will note that wage inflation remains stagnant," ANZ head of markets research David Croy said. Average hourly earnings rose just 2 percent from a year earlier, well below above 3 per cent before the recession in 2008-09.

"The Fed has all but achieved its objective on the labour market," Mr Croy said. "Wages growth remains disappointing and that will play into Fed chair Yellen's dovish hands, but the pendulum in favour of normalisation is swinging towards action, rather than continued inertia."

We don't know quite what Mr. Croy meant about "swinging toward action," but we do know that US employment numbers are generally unbelievable. There is something very odd about market buoyancy in the case of nearly 100 million "discouraged" workers, for instance.

These days, almost every bit of news that emerges seems to discourage gold while adding to the "Wall Street Party" that continues to become more frenzied, if that were possible. As a result, we're getting articles like this, from Bloomberg, by asset manager Barry Ritholtz – "How Low Can Gold Go?"

I have criticized the [gold-industrial complex] for their religious fervor, lack of discipline and deficient risk management. Their money-losing approach to investing via the narrative process, while ignoring the data in front of them, continues to bedevil unwise investors.

Every possible investment has its own group of cheerleaders, including sales people and other dependents who want to see their particular asset flavor do well. It is in their own financial interest for prices to rise, so naturally they pay no heed to various warning signs.

Gold's fall below $1,200 an ounce last week is the reason I bring this up again. Reaching its lowest level since early 2010, as other precious metals such as silver and palladium are at or near five-year lows, is a good enough occasion to remind some readers of the errors of their ways.

Why the precious metals and many of the mining companies are struggling isn't a great mystery. The U.S. dollar is at multiyear highs and gold prices tend to move inversely to the currency. Further, the economy continues to improve, which is rarely a positive for the catastrophe metal. The financial crisis is fading from memory, and now is six years in the rear-view mirror.

Why the soft yellow metal continues to trade softly is obvious; less so are the many reasons why some investors remain overweighted in this underperforming asset class. The idea that the world is ending and the accompanying demand for guns, canned food, bottled water and gold, is having difficulty attracting new adherents in an era of falling unemployment and rising wages. Indeed, many of those who hold those views are having a hard time reconciling their misplaced faith with reality.

There's a lot here that tracks elite memes, in our view. Europe is not by any means running a healthy economy and China is having significant trouble with asset bubbles and slumping consumer demand. The US is in a recovery, we are told, but with 50 million on food stamps and 100 million "discouraged" workers, we would question the US's relative health – at least at the moment.

Additionally, given the swelling Ebola scare and the ongoing and expanding wars in the Middle East and Africa, we don't find it at all surprising that people are buying guns, food, water and … gold.

The article maintains that this worldview is finding difficulty "finding adherents" in an era of falling unemployment and rising wages, but we're certainly not sold on that perspective. We don't see industrial capacity or consumer strength expanding; we see the "recovery" as primarily monetary not industrial.

Inflation – as measured by asset bubbles – is extraordinarily high; the demand that does exist may eventually prod central banks to begin raising rates. And higher interest rates are bound to be destabilizing in the long term for Western economies and markets alike.

Bluntly, assets are being manipulated. Central bankers have as much as admitted they are directly buying in the markets; plunge protection teams likely operate around the world. And there is a good argument to be made for naked short-selling of gold, given that the price has been running down for the past few years when one would argue that social anxiety – and thus gold purchases – has been expanding not contracting.

Add to this the gray- and black-market demand for gold in countries like India and the overall expansion of purchases of physical gold, especially by the wealthy, and you have a scenario that simply doesn't jibe with the price fluctuations themselves or the reasons given for the yellow metal's decline.

No doubt there are pressures on gold versus the dollar and a further gold decline may be expected – just as we expect the Wall Street Party – and a larger financial fiesta really – to continue and expand (if it's not severely pruned back in October and November).

But something is not right with these markets. The narrative makes little sense when one examines it from a larger perspective.

We've advocated that one need not fight the trend: Buy the market now when it's hot, so long as one is hedged and diversified. But there are plenty of reasons to own gold still, and plenty of reasons to be worried about the larger economy and the state of the world generally.