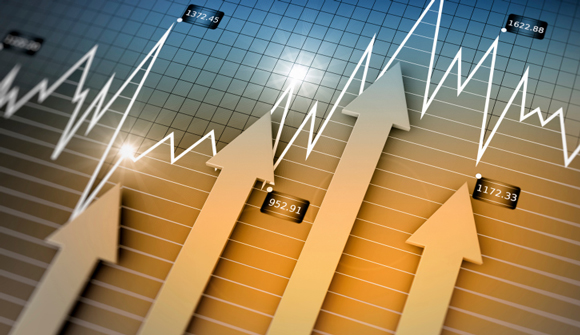 Gold & Silver, STAFF NEWS & ANALYSIS
Why the Stock Market Is Going Higher, According to Goldman
By Staff News & Analysis - May 23, 2013

Goldman: Four Reasons Why the Market is Going Much Higher … Last night's much-buzzed about research report from Goldman Sachs, in which the firm lays out its new S&P targets, contains an interesting rationale for higher stock prices. Rather than making the bull case based on earnings growth, Goldman believes that the 2% dividend yield on the S&P 500 will serve as a rising floor of sorts. This, along with an expanding PE multiple, augur well for US equities. – The Reformed Broker

Dominant Social Theme: Stocks are on a tear, despite the recent Nikkei setback.

Free-Market Analysis: Goldman Sachs has released a research report with four reasons why stocks are poised to go higher, as related in this short article posted over at The Reformed Broker.

The reasons reduce to some simple observations. First, the economy is getting better, meaning that good economic news will buoy stocks; second, stocks will continue to outperform bonds, which means stocks will attract a good flow of investment cash; third, companies will raise dividends, making stocks more attractive for those interested in an income stream; fourth, interest rates may remain low, benefiting stocks.

From our point of view, of course, it is simpler than that. Central bankers have decided that even the current rates of monetary debasement are not enough. They are determined to print even more money, thus swelling the prospects of equity even further.

In retrospect, the Japanese decisions to print money seems part of a larger promotion to make clear to a worldwide audience that economies are only being run one way these days, via Keynesian stimulation.

The BRICS, the EU and, of course, the US are all embarked on various forms of monetary stimulation and much of the talk in the financial press is about doing more of it rather than less.

Yesterday, Ben Bernanke gave congressional testimony warning against any significant diminution of "quantitative easing." At the same time, over in Europe, a senior Fed banker was purveying much the same message to the European Central Bank. Here's how the New York Times put it:

The public comments were highly unusual. While central bankers from different countries frequently confer in private and offer advice and criticism to their peers behind closed doors, it is rare for any official to go public with even the mildest criticism of another central bank.

But with official interest rates in almost every advanced economy already close to zero, Mr. Bullard said, central bankers must reach for stronger tools to avoid getting trapped in economic doldrums.

This seems to us to have elements of a planned campaign. Japan's easing has received wide publicity of late and the ECB's determination to ease has proven both controversial and newsworthy.

Even Ben Bernanke's massive money printing schemes are attracting more attention than previously. Now, such a seemingly deliberate program will doubtless buy some more time for beleaguered central bankers. But the ultimate result is sure to be more ruined economies, countries and companies before this latest bout of trillion-dollar-plus stimulation has run its course.

In the meantime, as we've written, those with strong constitutions and an appetite for risk may wish to position themselves in various equity markets, counting on the strong central banking bias toward continued money printing.

Rightly or wrongly, what matters these days is monetary policy. The Goldman Sachs stock report, just released, is a kind of window dressing. For the most part, with some exceptions, the performance of a stock does not matter nearly so much as the commitment to a steady production of currency.

The Fed and central bankers generally are going out of their way to indicate that such an easing will continue. And despite recent market volatility, those who choose to ride the trend rather than oppose it may book at least short-term profits.