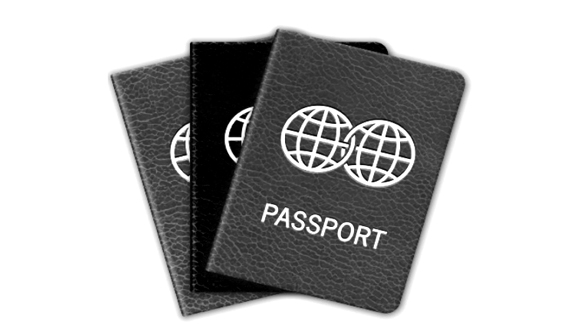 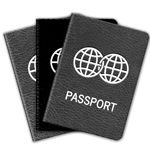 Have you noticed the passport wars are heating up? I have.

For instance, numerous outlets have now reported on Britain's "Harsh New Anti-Terror Laws." While the laws deal with a number of anti-terror activities, including shutting down mosques and punishing media outlets that disseminate "terrorist" rhetoric, a notable element involves the suspension of passports.

Among other things, as Reuters recently reported, "The new law would … give parents worried that their 16- and 17-year-old children might travel to join Islamic State the power to apply to have their passports removed, while anyone with a conviction for terrorist offences or extremist activity would be banned from working with children."

Britain is not alone in using the passport system as a method of attacking those who for one reason or another are deemed "enemies of the state" – or potential enemies. The US is doing its best as well.

In the summer of 2015, the US House of Representatives passed a bill allowing for the revocation of US passport privileges without due process should the federal government deem it necessary. Here, from Reason:

On Tuesday, without much notice, and after a whopping 15-minute debate, the U.S. House of Representatives passed via voice vote the Foreign Terrorist Organization Passport Revocation Act of 2015. Its intent: "To authorize the revocation or denial of passports and passport cards to individuals affiliated with foreign terrorist organizations, and for other purposes." Some of the bill's sparse details:

As far as I can tell, the bill has not yet been acted on by the Senate, but give it time. These days, it seems to me, even the most draconian and anti-freedom legislation is only one crisis away from being fully enacted.

One English-speaking country that already routinely confiscates or suspends passport Is Australia. When I researched this, I was surprised to find the initial act empowering this sort of thing was passed back in 2005. Recently, however, the powers have been broadened and the authority to remove passports now includes ASIO.

According to The Guardian, "Foreign minister can suspend passports for 14 days on advice from ASIO … ASIO can request 'emergency cancellation' of visas for up to 28 days with lower threshold of evidence."

ASIO is the "Australian Security Intelligence Organisation," which is, according to official language, "responsible for the protection of the country and its citizens from espionage, sabotage, acts of foreign interference, politically motivated violence, attacks on the Australian defence system and terrorism."

My view is it's safe to assume that given the appropriate provocation, most if not all Western countries would suspend passports – and no doubt other countries as well. But in the West, and especially among English-speaking countries, passport confiscation seems to be increasingly routine as precedents are set and laws are implemented.

It is hard to remember that this modern quasi-comprehensive passport system is basically less than 100 years old. In the 1800s, it was often considered unusual and sometimes even insulting to have to identify oneself with officially issued documents when traveling privately. All that changed before World War II with the introduction of Interpol and the passport system.

These days, along with a passport comes the duty to uphold and obey the laws of your country. But sometimes that is hard to do. The United States in particular is making it more difficult for a passport-holding citizen to live abroad.

This is in large part due to FATCA, a terrible law in my opinion, that demands US citizens provide a comprehensive account of their assets no matter where they live.

FATCA basically demands that banks worldwide actively cooperate with the US government in withholding US citizen income – to send it to the IRS – if that citizen is a bank customer.

As a result, many banks abroad simply refuse to do business with US citizens. And without a bank account, many citizens either cannot stay in the country or cannot apply for residency.

FATCA is often presented as a set of fiscal regulations but you can certainly bet that US officials don't mind the increasing difficulties it puts in the way of citizens that want to emigrate. Since there are surveys showing that millions of US citizens would leave if they could – either for a period of time or entirely – FATCA has emerged as a significant weapon in the US government's fight to retain citizens.

As a result – and I am not at all surprised – outright renunciation of US citizenships is climbing. This last quarter, according to the government, some 1,426 renounced – the third record high in three years. Nearly 14,000 Americans have renounced their citizenship since FATCA was introduced.

In a recent article, the editor of Sovereign Man, Simon Black, discussed this rising trend. "What is it about the United States that drives so many citizens to leave?" he asked before providing two main reasons.

The first … consists of people who just can't take it anymore. Constant warfare, intimidation, and the steady erosion of freedom have pushed them to their breaking points. They look around and think, "This is NOT the country that I grew up in." And they renounce their citizenship in protest of a government they no longer want to be associated with.

But that's a small percentage of former citizens. For the vast majority of people who renounce their US citizenship, it ultimately comes down to a single issue: taxes.

Some who leave for tax reasons are the very wealthy, Black points out. Some are those who have an obligation to the US that they didn't know about via family connections or in other ways. Rather than pay an enormous tax bill, they negotiate and renounce.

The third category is the newest and consists of "Americans living overseas who have been hit by a barrage of offshore compliance laws."

According to the US State Department there are 7.6 million Americans living overseas. Altogether they would comprise the 14th most populous state in the union, just behind Washington and ahead of Massachusetts. They receive almost zero benefit from the US government. They don't drive on US federal highways, and they aren't 'protected' by Homeland Security. Yet they still have to pay for it.

At The Daily Bell, we mentioned Black's reporting recently in an article entitled, "Simon Black Says You Need a Second Passport Now."

Black's case study is interesting in part because he discusses Edward Snowden and how his situation was affected by passport issues. He's basically trapped in Russia right now because he only has a US passport and that's been revoked. …

If Mr. Snowden had been able to procure a second passport prior to stepping into the limelight, he would likely not be in this predicament, as he could have been traveling on his other passport. This is one of the hidden virtues of having a second passport. You might never 'need' one. But should such a need ever arise, it can really be a life saver.

Simon Black ends his article by mentioning the "best" second passport today may be a Brazilian passport because of the "melting pot" nature of the country and Brazil's firm non-extradition policy.

If Snowden had become a Brazilian (which anyone can do – via 2-4 years of residency, or marriage, or having a child, hell even adopting a rain forest in some cases), he could be happily living out his days on the beach in Fortaleza, rather than being stuck in Russia.

Whether or not you agree with this analysis, the "bottom line" is that a second passport (and maybe even a third and a fourth) is useful to have.

One might have second thoughts about passports from English-speaking (Five Eyes) countries because, as I've tried to point out in this editorial, laws continue to be passed in these countries that give the governments arbitrary authority to confiscate. No use having a passport that is revocable at the government's whim.

Generally speaking, in this day and age people should consider how to marshal their resources for maximum flexibility and freedom. I call this approach "lifestyle insurance."