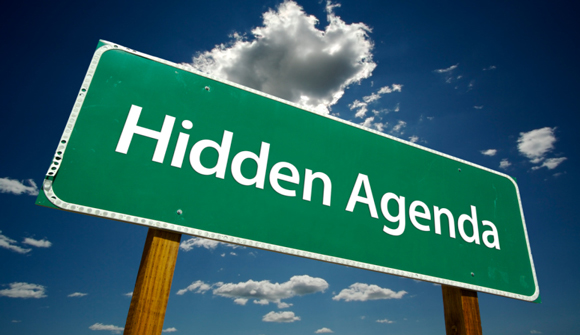 "Post-election secession talk misses the point," writes the Nashua Telegraph in a guest editorial from The Keene Sentinel. It pulls together a lot of secessionist strands from around the United States.

The Telegraph's coverage of this movement is both condescending and instructive. It provides us with a power-elite emergent dominant social theme: "Secession is for sore losers." A subdominant social theme would be that it's not going to work anyway.

We've always expected the Internet – what we call the Internet Reformation – to present itself in increasingly radical ways. Secession fits the bill. And because secessionist movements are gathering momentum, the powers-that-be are starting to pay attention. Boxed at the beginning of the editorial are both a background and conclusion regarding this theme, as follows.

BACKGROUND: The re-election of President Barack Obama has prompted petition drives across the country for states to secede from the nation.

CONCLUSION: Their effort ignores the fact that the people have spoken – at the polls last week – and will have the opportunity to do so again every time an election rolls around.

I take exception to this whole idea that "because the people have spoken," secession movements are in a sense illegitimate. The editorial is written to make just that point, though. It states that US citizens want to leave the country because of the reelection of Barack Obama. They either want to move abroad or help their states secede.

The editorial also allows us to understand the breadth of this movement. It tells us that "a series of citizen-driven petitions for more than three dozen states to withdraw from the U.S. have been created on the White House's "We the People" petition website, most of which were filed after the election.

According to the editorial, the demographic is broad: "Conservative-leaning strongholds in the West and South, along with some states that went for President Barack Obama last week, including New York, Virginia, Wisconsin and California."

And actually, it's not three-dozen states but 40! Petitions that get 25,000 online signatures in a month are also due to receive a formal response from the Obama administration. It's not clear how detailed the response will be or even how lengthy.

The editorial goes on to give us more detail about the various petitions:

A petition calling for New Hampshire's secession posted on the site Sunday has more than 3,300 signatures so far. Also, a group of Granite Staters told the Concord Monitor this week that it incorporated earlier this year with a goal of educating and informing residents about "the benefits" of separating from the rest of the country and going it alone.

While the editorial initially treats these secession movements as a form of "sour grapes," toward the end it gives the position of the filers, which seems to have more to do with history and a concern over the way great nations fail than dislike of President Obama.

It quotes the directors of the Foundation for New Hampshire Independence as comparing the US to Rome just before the Roman Empire was invaded and sacked. The idea is that the high taxes and high deficits were what militated most against the Empire.

Eventually, citizens refused to pay taxes and refused in basic ways to cooperate with the continuation of the state. It had simply become too antagonistic to its own citizens and too corrupt to warrant further support. The "barbarians" were able to sack Rome because the Romans did not wish to salvage their "civilization."

But having alluded to some of this, the editorial returns to its main point: that secession will never take place in the US. "Never mind the fact that odds are slim to none that these petitioners and advocates for secession will succeed in their cause, as the Supreme Court ruled more than 15 decades ago that secession is not provided for in the U.S. Constitution and is illegal."

Most tellingly, the editorial proposes that secession efforts ignore the will of the people and their ability to vote at regular intervals. It is voting, the editorial maintains, that gives people the chance to remove incumbents. "That's the democratic process," we're told cheerily. "Just because your guy or party loses this time around, doesn't mean you throw in the towel and start all over again."

What would be the result if by some chance secession took place? "The country would be fractured into a network of thousands of tiny fiefdoms by now." Personally, I think that would be great! Devolution is greatly to be wished for. It is unification and centralization that is adversarial to freedom generally. The bigger the US empire gets, the more oppressive it becomes.

Here's how the editorial concludes: "Those drafting and signing petitions to break away are exercising their right to free speech, but sadly what they're speaking out against is not only the current administration, it's democracy in general."

What a statement. We're supposed to believe that trying to opt out of an increasingly militaristic and oppressive empire is somehow anti-democratic?

While the editorial generally has been helpful in shedding light on the growing momentum of this secession movement, it is perhaps this last statement that is most revealing of all.

It's purely and proudly illogical. Why is the editorial maintaining that secession is anti-democratic? The most profound kind of (republican) democracy is exercised locally.

No doubt, however, these sorts of arguments will be dragged out once again as the secession movement grows. It is, of course, an evolution of the much-maligned Tea Party movement that has been left for dead. Surprise! It's not.

What is going on in the US is both profound and empowering. It is going on in Europe, too. And it is nothing like the protest movements of the 20th century. Thanks to the Internet, these movements are a good deal more informed and savvy.

There are some who maintain that the current explosion of secessionist petitions is actually an organized false flag – a promotional mechanism of its own. But if that's the case, I say, "Bring it on." One can attempt to control the dialectic but in the Internet era, these sorts of elite mechanisms are increasingly likely to spin out of control.

We do read in this editorial a warning of what is to come. The power elite behind globalist bigness will resist splintering tendencies at all cost. One hundred and fifty years ago they mounted a war to stop it. Violence lurks in the subtext of this editorial.