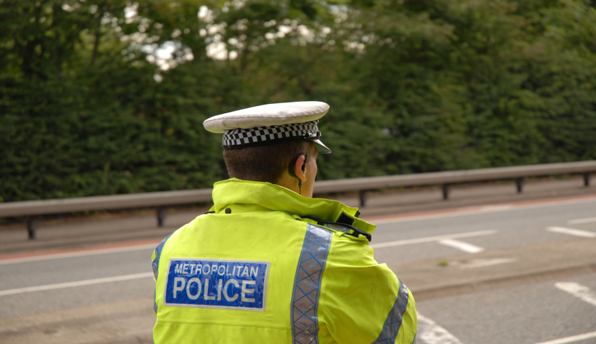 Police files reveal 'endemic corruption' at the Met … Documents show how organised crime networks were able to infiltrate the force 'at will' … Scotland Yard holds an astonishing 260 crates of documents on police corruption in one corner of London alone – and very few of the rogue detectives have ever been successfully prosecuted. A review led by one of Britain's most senior police officers has unearthed a mammoth amount of intelligence spawned by Operation Tiberius, a secret police report written in 2002 that concluded there was "endemic corruption" inside the Metropolitan Police. – UK Independent

Dominant Social Theme: In this age of terrorism, Western police forces are more professional and rigorous than ever.

Free-Market Analysis: Like the US, Britain has a plethora of policing services and secret-service facilities. And as in the US, these services are growing increasingly corrupt.

Of course, corruption is in the eye of the proverbial beholder, and one can make the argument that any sort of public service is inevitably corrupt and the only difference between a little corruption and a lot is size. The larger the facility, the more corrupt its practices.

Also, thanks to the Internet, the corruption and violence of modern policing and intelligence efforts are growing more evident to the public because of increased exposure. Just as members of the public themselves find it hard to hide from an expanded surveillance society, so too do those agents and officials of hitherto circumspect agencies.

The surprisingly glaring and increasingly vicious "spy-gate" controversy taking place in Washington DC is a case in point. Here, the CIA was accused of spying on a congressional investigation into notorious CIA rendition/torture practices.

At first, CIA officials denied the allegations entirely but last week both confirmed the spying and apologized. Here's part of a report from the Washington Post:

CIA director John Brennan apologizes for search of Senate committee's computers … CIA employees improperly searched computers used by Senate investigators involved in a multi-year probe of the agency's use of harsh interrogation measures on terrorism suspects, according to the findings of an internal agency inquiry that prompted CIA Director John Brennan to apologize to lawmakers this week.

Five agency employees — two lawyers and three computer specialists — surreptitiously searched Senate Intelligence Committee files and reviewed some committee staff members' e-mail on computers that were supposed to be exclusively for congressional investigators, according to a summary of the CIA inspector general's report, released Thursday.

The document criticizes members of the computer team for a "lack of candor about their activities" when they were questioned by investigators working for CIA Inspector General David Buckley.

Of course, this brings up other questions related to US intel spying, specifically how invasive it is when it comes to politicians. The FBI routinely does "backup" checks that surely reveal private information that could be used to blackmail even the most senior DC officials. FBI founder Edgar Hoover was said to use such information for just such purposes.

It is not surprising that as personal and sensitive information has migrated to computer networks, rogue individuals – whether from the CIA or outside entities, as alleged in England – have taken advantage of lax security to penetrate nets and manipulate information. The allegations in this regard concerning the London Metropolitan Police are especially startling.

Here's more from the Independent:

The file found organised crime networks in north-east London were able to infiltrate the Met "at will" to frustrate the criminal justice system. The huge number of crates, revealed in a letter by Craig Mackey, the Met's deputy commissioner, indicates the scale of criminality inside Scotland Yard's north-east London units, which appears to have gone almost unchallenged since Tiberius was compiled 12 years ago.

Research suggests that only a tiny number of the scores of then-serving and former police officers named as corrupt by Tiberius have been convicted. In a letter to Keith Vaz, chairman of the Home Affairs Committee, Mr Mackey warned that the mountain of evidence against his officers is likely to continue growing. He said: "This number [of crates] is likely to expand as linked operations are identified."

Following a series of scandals surrounding the Stephen Lawrence and Daniel Morgan murders, the news will renew fears that the Met remains unwilling to confront corruption in its ranks. In correspondence published quietly on the parliamentary website, it emerged that Scotland Yard had handed only six heavily redacted pages of Operation Tiberius to the committee, following a request from MPs for the controversial report.

Its full length extends to about 170 pages. None of the sheets released to the committee mentioned the "endemic corruption" inside Scotland Yard – or any of the shocking details of how organised crime syndicates bribed scores of former and then-serving detectives in order to access confidential databases; obtain live intelligence on criminal investigations; provide specialist knowledge of surveillance, technical deployment and undercover techniques to help to evade prosecution; and take part in criminal acts such as mass drug importation and money laundering.

… In March, a major review of the Lawrence case concluded that Scotland Yard had provided "misleading reassurance" over police malpractice in the Lawrence inquiry and found the 2012 Met report to be "ill judged".

The memo detailed that intelligence was inexplicably shredded by the Met in 2001, including evidence that officers stole and trafficked illegal drugs, shared rewards with informants, faked applications for more payouts, sold confidential information to criminals and accepted bribes to destroy and fabricate evidence.

One can see from this that Scotland Yard – the glamorous detective force of the Metropolitan Police – seems to be as deeply embedded in the scandal and coverup as the larger police force itself. And just as with the CIA controversy, the public airing of these scandals gives rise to deep doubts as to whether the police and intel apparatuses are even able to perform internal monitoring and self-cleansing. If not, it is very likely further exposes will be compounded by Internet exposure.

Historically speaking, police presences were fairly light or non-existent in Western metropolitan areas right up until about 100 years ago. Many of the West's vaunted intel agencies existed in truncated form as private networks run by powerful businesspeople and bankers in the 1800s.

It is a trick of somewhat perverse genius that law enforcement has migrated from private to public venues; the public has thus been persuaded to pick up the tab for facilities increasingly aimed at suppressing domestic dissent. For instance, Hoover reportedly said that the FBI was not interested in justice but "law and order" – an interesting way of distinguishing among activities.

In the US, technology has increasingly exposed an epidemic of police brutality that is polarizing the relationship between those sworn to "protect and serve" and the larger body politic. Also, in the US, recent revelations about massive and unconstitutional surveillance strategies – deliberate or not – are informing the public about investigative methodologies hitherto little known or noticed.

There is no doubt that some of the revelations involving civil policing and professional police work are not accidental but meant to intimidate. But in the Internet Era, one can rightly ask whether the steady trickle – and occasional cascade – of corruption in the law enforcement and surveillance community may eventually undermine public confidence in such a way as to bring these institutions into serious jeopardy.

In the past, we've cited surveys that show, in the US anyway, surprisingly little confidence in various official explanations of controversial domestic and international events. Respondents in high double-digit numbers inform survey questioners that they are skeptical of explanations of various assassinations such as President John Kennedy's and Martin Luther King's. More recently, the causes of 9/11 and even the veracity of moon landings have come under fire. Right now a corrosive IRS scandal is playing out in Washington DC, abetted by significant Internet coverage.

It may be easy, on a case-by-case basis, to conclude that increasing public skepticism is harbored mostly by society's fringe elements. But as the numbers keep climbing and the facilities of sociopolitical control continue to be uncovered and exposed publicly, the trend is probably not one that those interested in the credibility of modern governance can afford to ignore.

The Internet (technology generally) has proven a great boom to governance generally and to law enforcement and intel agencies; over time, it may prove a proverbial double-edged sword.