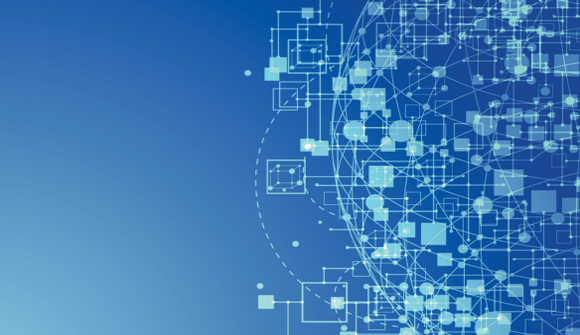 Colombia Is One Of Latin America's Most Promising New Tech Hubs … Ten years ago, the idea that Colombia would become a burgeoning hub for any dynamic industry beyond its notorious drug trade would have struck most observers as far-fetched. As recently as the turn of the century, conventional wisdom had it that the tropical, Andean nation was on the verge of becoming a failed state. Fast forward to the present day and Colombia already boasts one of the region's stronger startup ecosystems, with huge potential upside still waiting to be explored. By 2018, the government hopes to have 63 percent of the country connected to broadband. And according to 2013 GSMA mobile economy figures, there are already 43.9 million mobile connections and 24 million mobile users in a country whose 47 million people give it the third largest population in Latin America and third largest Spanish-speaking population in the world. – TechCrunch

Free-Market Analysis: Recently, High Alert announced the opening of an expat community in Colombia in an editorial by Anthony Wile, here:

A New Free-Thinking Community for Your Life, Safety and Sanity!

While the editorial was greeted with an overwhelmingly positive response, some of the comments focused on the idea that Colombia was not far away enough from the proverbial "beaten path." The idea was that if Western economies became increasingly dysfunctional, Colombia was yet overly committed to a Western orbit.

Yet Colombia is certainly not Canada, nor England, nor the US, nor Europe generally … It is its own country … differentiated by culture, language and location. And increasingly, Colombia offers separation from the West alongside of a sophisticated quasi-Western economy that will allow Colombia to make its own way, separate from the West and yet co-equal in many ways.

It follows that a stronger internal tech culture will also form the groundwork for Colombia's own aspirations in the field of innovation.

The first stage of the government's concerted campaign to rebrand Colombia as a technology center involved drawing in IT services with tax incentives and professional training programs. A $6.8 billion industry has taken strong root as a result, with 1,800 software development and IT service companies registered in the country. Looking forward, the hope is that IT, and the investments that went into promoting it, can diversify into a broader innovation ecosystem.

With that in mind, the government has spurred a number of public initiatives to address the lack of venture capital in Colombia, currently the biggest ceiling on startup growth. Founded to support and promote tech innovation and new ventures, iNNpulsa awarded three grants of up to $800,000 in 2013 to investor groups establishing operations in Colombia … Where once there was nothing of the sort, there are now 38 private equity, venture capital or seed funds in the country.

These and other efforts have succeeded in convincing big names like Facebook and Google that a favorable labor market and budding consumer base are worth investing in, with both companies opening permanent Colombian offices in recent years. Where the government's strategy has so far fallen short, however, is in replicating that sort of international success for homegrown Colombian companies.

There is no doubt that Western investment is coming to Colombia. That means increased jobs, increased technology, increased prosperity.

But none of that surely disqualifies it as a location for an expat community. Colombia is not a small country and the location of the announced expat community is near enough to urban centers to be practical yet far enough away to reap the benefits of a rural, agrarian location.

The once-maligned "drug capital" of Medellin beats at the heart of much of this technological progress. But Medellin, too, has changed. In fact, in 2012, Medellin won the "most innovative city of the year" award. The city's inhabitants have always been entrepreneurial and now that energy and drive has transferred itself to technology.

Bogota remains Colombia's tech capital, but many reportedly believe that Medellin is not far behind. In fact, in 2013 the city government decided to commit $389M over 10 years to support advances in entrepreneurialism and technology. The article cautions that the leadership position that Colombia aspires to worldwide is not easy to attain, but then lists a number of reasons why it may be possible.

Colombia has been known for such strengths for a while, but these strengths have not been broadcast. Some know, however. Back in late 2011, billionaire Sam Zell announced that he was limiting his US investing in order to concentrate on Colombia and BRIC powerhouse India. Bloomberg reported the move as follows:

Billionaire Sam Zell said he is entering the real estate markets in Colombia and India in the next two weeks as he continues to favor international investments over U.S. property deals.

Zell, chairman of Chicago-based Equity International, will invest in real estate in Colombia and will eventually move on to residential projects, he said in an interview today on Bloomberg Television … "Colombia is the next star of Latin America," Zell said on "In the Loop" with Betty Liu.

Given its many growing advantages, one cannot be surprised that Zell, one of the savviest real-estate operators, has turned his focus toward Colombia. In fact, while Zell announced his move some five years ago, other powerful players are now announcing their own increased presences.

According to Bloomberg, "JPMorgan, BTG Expand in Colombia to Tap Best-in-Region Growth." The article reports that, "JPMorgan Chase & Co. (JPM) and Grupo BTG Pactual (BBTG11) are among foreign banks expanding in Colombia, where economic growth is set to outpace Latin America's six biggest economies this year."

JPMorgan plans to increase its approximately 100-person workforce around 10 percent in Colombia by adding executives including investment bankers, traders and private bankers, according to Juan Manuel Munoz, the firm's head of investment banking for the country.

"Colombia has one of the biggest potential growth opportunities in Latin America," Munoz said in an interview last month, adding that JPMorgan also rented more space in Bogota. "In relative terms, the country remains the best performer in the region."

BTG, with about 300 workers in Medellin and Bogota, is asking for a banking license so its subsidiary there can invest its own capital in private equity and make corporate loans in the local currency, Juan Luis Franco, the bank's chief executive officer for the nation, said in an interview.

Switzerland's UBS AG and Itau Unibanco Holding SA, based in Sao Paulo, are also expanding their operations in the South American nation, where gross domestic product may expand 4.5 percent in both 2015 and 2016, after growing about 4.9 percent this year, according to a survey of economists by Bloomberg.

Despite a strong dollar and falling commodities prices, Colombia is not only weathering problems of emerging markets, it is triumphing while others regions stumble. The surge of financial/banking exposure is just the latest sign of Colombia's coming-of-age as a regional money hub.

"About 20 years ago the local banks were the only ones, but since then the local companies grew and the investment-banking deals became bigger and international, so foreign lenders started to look at Colombia in a different way," said Jaime Bermudez Merizalde, president at MBA Lazard Colombia. "The sophistication and expertize needed now is much higher," Bermudez said.

Many people in the West still associate Colombia with drugs and corruption. This perception isn't really hurting Colombia these days because "smart money" understands the reality of Colombia as an emergent regional powerhouse.

It also isn't hurting those investors who are positioning themselves in Colombia from an industrial and real-estate standpoint. They are still doubtless early enough to reap considerable benefits from Colombia's expanding and increasingly sophisticated economy.

It's a secret but not one that will be for long.