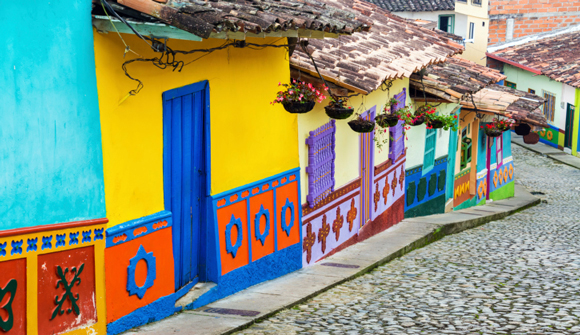 International Real Estate, STAFF NEWS & ANALYSIS
Countries in the Americas – Including Colombia – Emerge as Destinations of Choice in an Era of Confiscation
By Staff News & Analysis - October 10, 2014

Time For Civil Asset Forfeiture Laws To Meet The Same Fate As Jim Crow … One of the greatest political philosophers, Frederic Bastiat, wrote that the law should exist to protect life, liberty, and property, but unfortunately is often perverted into a means of "legal plunder." In other words, the law is used to legitimize the use of force to deprive people of their wealth. – Forbes

Dominant Social Theme: Western authorities are entitled to what they can get.

Free-Market Analysis: For a while, asset forfeiture in the US was a much-discussed topic, but then it faded away. We missed this Forbes article in September that puts the controversy into perspective and offers some reasonable solutions.

Of course, the larger issue is a kind of official (and elite) meme that presents authority as both infallible and deserving. Like any larger elite promotion, people are also supposed to get the message that authority is a menace to be feared and thus unpredictably violent. The Forbes article touches on this as well.

… What civil asset forfeiture amounts to is seizing property from someone on suspicion that it was in some way connected with a crime. The individual need not ever be convicted or even charged, but won't get the property back without going through legal procedures which place the burden of proving innocence on him.

… Between the federal law and state laws that make forfeiture easy and lucrative, we have a horrible incentive for government officials (and not just police) to enrich themselves at the expense of honest people who can't fight the system.

Officials say that civil asset forfeitures help them fight crime and the drug war in particular. Whether or not that is true is beside the point when innocent people are deprived of property without due process of law. Those who enforce the law must be constrained by the rule of law.

But are the seizures under civil asset forfeiture laws a violation of due process? That was put before the Supreme Court in the 1996 case Bennis v. Michigan. That case arose when John Bennis was arrested for a tryst with a prostitute in a car that was jointly owned with his wife, Tina. Contending that the car was "guilty" too, the police seized it. Was Tina Bennis entitled to get her car back, or had the state justly deprived of her property? By 5-4, the Court held that the seizure was not unconstitutional; that taking away Tina's right to the vehicle did not violate her rights under the 5th and 14th Amendments.

Chief Justice Rehnquist's majority opinion rested on the claimed fact that at the time the Constitution was adopted, civil asset forfeiture laws were in existence, and therefore they must not be permissible today. Justices Stevens, Kennedy, Breyer, and Souter dissented, arguing that the majority's history was off point and the palpable injustice of taking Mrs. Bennis' car from her because her husband had used it in his misdemeanor was constitutionally intolerable.

Forbes points out that several articles in the mainstream media including the "pro-government" Washington Post have recently attacked civil forfeiture laws. Legislation has also been proposed to "defang" the procedure. But the article rightly observes that such legislation has little chance of passage.

The article doesn't mention previous episodes of confiscation such as gold confiscation in the 1930s and the bank closures that occurred at the same time; yet speculation about precious metals confiscation has become more prevalent as the West's "financial crisis" continues without resolution. The recent, controversial police shooting in Ferguson, MO as well as many other incidents of police violence only reinforce the perception that US civil policing is out of control.

With Europe still suffering economically, countries in the Americas have benefited from both US and Canadian emigration, so much so that the US recently raised fees for those who are thinking of renouncing citizenship. Ecuador, Panama City, Uruguay and Chile are now all seen as destinations of choice, depending on émigré priorities. Uruguay, for instance was named "Country of the Year" by Economist magazine.

Additionally, and perhaps surprisingly, there is Colombia – a country that is resolving its former difficulties on a continual basis. Earlier this year, Colombia Reports posted an article on Colombia's promise as a retirement destination. Here's an excerpt:

Twenty years back, it would have been hard to believe that Colombia would soon be considered a world-class destination for people looking to retreat overseas. Nonetheless, a look at recent global rankings show Colombia and its cities to be among the "creme de la creme" when on the search for retirement locations.

Medellin, Colombia might not be the first city that springs to mind when considering the world's best retirement havens, however it looks like the South American country's shady reputation is quickly evaporating to make it one of the top places to go for happy living.

"Most comfortable, affordable and convenient" – such is the description for the website Live and Invest Overseas' choice picks for retirement cities, of which Medellin takes second spot.

So what exactly makes Medellin number two in the world for comfortable a relaxed retreat? Kathleen Pedicord, the travel specialist behind Live and Invest Overseas, believes that Medellin's unwanted legacy as the playground of drug lord Pablo Escobar is a thing of the past, with its "perfect weather, top health care and low cost of living" making it one of the most idyllic retirement destinations in the world.

Described as "Colombia's city of springtime and flowers," Medellin's aesthetic, security, cost, easy living and "screaming real estate bargains" clearly stood out to the scouts sent all over the world to create a report based on real-life experience of the locations. As well as the "calming and peaceful" combination of red brick buildings and interspersed scattered greenery and foliage making it a treat for the eyes, its sunny reputation as the "city of eternal spring" is an irresistible plus for foreigners looking to settle down.

The article goes on to make the point that even retirees on restrained budgets will find Colombia affordable. "With a monthly budget of US$800 to $1,000 enough to get by in full comfort in Medellin, those willing to spend anything more will find that luxury is an easily-accessible option."

Colombia has faced drug difficulties and FARC terrorism, but the same warm climate and rich soil that made Colombia a haven for cannabis cultivation may in fact expand the country's prosperity in a more forgiving era of decriminalization and legalization.

With internal political problems being resolved, and recognition as a sought after retirement destination, Colombia may be considered as a place not only for retirement but also for investment. Apartments, houses and farms remain affordable.

The confiscatory trend in the US and the West generally will likely grow worse. Overseas destinations, including ones in the Americas such as Colombia, offer alternatives to those who understand what's taking place and why – and are conscious of a need to act.