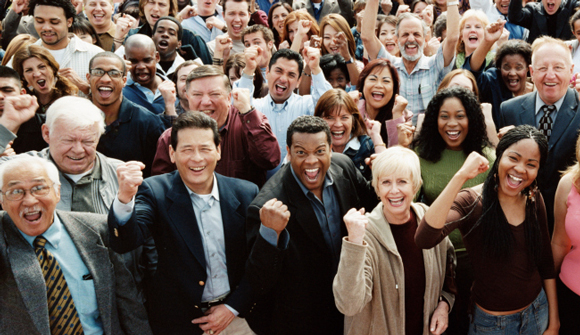 Most said they had heard at least something about the new anti-terrorism legislation – and less than one in five (19 per cent) worried that it goes too far, compromising freedoms and privacy. Nearly half (45 per cent) said the bill strikes the right balance, while 36 per cent said it does not go far enough. – Globe and Mail

Free-Market Analysis: This new Canadian bill is exceptionally popular in Canada, we learn from Canada's Globe and Mail. It calls for "tough new measures" that will further compromise Canadians' natural right to privacy, while giving the government invasive new powers.

Nonetheless, the article maintains that an astonishing 82 percent of Canadians are comfortable with expanding the lawful privileges of intelligence agencies and police to spy on Canadians. The Angus Reid Institute conducted the survey. "Far from seeing it as too sweeping, they tend to want more: 36 per cent say it does not go far enough."

The politicians clearly already know the public's mood. NDP Leader Thomas Mulcair announced Wednesday that his party will oppose the anti-terrorism bill – but spent much of his news conference touting the New Democrats' willingness to fight the bill, even if it's not a popular thing to do.

And he accused Liberal Leader Justin Trudeau, who expressed concerns about the bill but will vote for it, of being cowed. "Mr. Harper and the Conservatives have intimidated the Liberals into supporting this deeply flawed legislation," he said. "We in the NDP are going to fight it."

But the Angus Reid poll indicates just what a political juggernaut the security bill is – widely popular in every province, every age group, and across party lines. "It's across the board," said Shachi Kurl, senior vice-president with the Angus Reid Institute. "Whenever you've got four out of five Canadians agreeing on anything, that's significant."

Like many similar bills, the powers granted to the government seem somewhat vague: The promotion of terrorism is made illegal – but what constitutes "promotion"? The bill calls for blocking websites promoting terrorism, increasing the length of detention without charges and expanding Canada's no fly list.

A majority of Canadians do believe there should be "additional oversight" to make sure these new powers are not abused. The government claims that existing oversight is adequate.

The feedback to the article tells a different story. The majority of feedbacks commenting on the article show no support for it – despite the claim that many Canadians are in support.

One of the feedbacks points out that the questions pollsters asked were vague and even misleading and many of the thousand-plus respondents either had little or no knowledge of the bill or were only vaguely familiar with it.

The claim that a sizeable majority of Canadians favor it thus seems unbelievable. The Globe and Mail may want to present the legislation as popular but the article's feedbacks clearly provide us with a different perspective.

-Count me out of the 82%. I lived through this same nonsense in the US after 9-11. Harper is using fear to take away our rights.

-It's all about fear! Are you scared enough? If you are that scared, then support this government taking away our freedom a piece at a time, all in the name of security. If not then rise above the fear mongering and support a just, open society. Confident in who we are, and not fearful of lunatics hellbent on causing chaos and destruction.

-Looks like Harper's "the-godless-terrorists-are-coming-for-your-babies!!" … As Benjamin Franklin once said: "Those who would give up essential Liberty, to purchase a little temporary Safety, deserve neither Liberty nor Safety." Careful what you ask for, folks.

Continued justification of authoritarianism by the mainstream media will create increasingly conflicted societies. This article and its feedbacks are a good example.