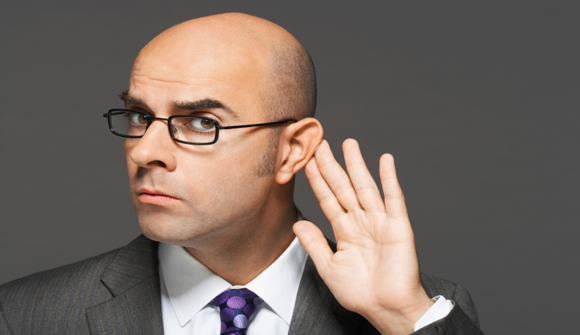 EDITORIAL, International Real Estate
The Dire State of Our Nation (What You Won't Hear from the Politicians)
By John Whitehead - January 22, 2015

"As nightfall does not come at once, neither does oppression. In both instances, there is a twilight when everything remains seemingly unchanged. And it is in such twilight that we all must be most aware of change in the air – however slight – lest we become unwitting victims of the darkness." ? Supreme Court Justice William O. Douglas

No matter what the politicians might say about how great America is, the fact is that the nation seems to be imploding. Consider the following facts:

Our government is massively in debt. Currently, the national debt is somewhere in the vicinity of $18 trillion. More than a third of our debt is owned by foreign countries, namely China and Japan.

Our education system is abysmal. Despite the fact that we spend more than most of the world on education ($115,000 per student), we rank 36th in the world when it comes to math, reading and science, far below most of our Asian counterparts. Even so, we continue to insist on standardized programs such as Common Core, which teach students to be test-takers rather than thinkers.

Our homes provide little protection against government intrusions. Police agencies, already empowered to crash through your door if they suspect you're up to no good, now have radars that allow them to "see" through the walls of your home.

Our prisons, housing the largest number of inmates in the world and still growing, have become money-making enterprises for private corporations that rely on the inmates for cheap labor.

We are no longer a representative republic. The U.S. has become a corporate oligarchy. As a recent survey indicates, our elected officials, especially those in the nation's capital, represent the interests of the rich and powerful rather than the average citizen.

We've got the most expensive, least effective health care system in the world compared to other western, industrialized nations.

The air pollution levels are dangerously high for almost half of the U.S. population, putting Americans at greater risk of premature death, aggravated asthma, difficulty breathing and future cardiovascular problems.

Despite outlandish amounts of money being spent on the nation's "infrastructure," there are more than 63,000 bridges—one out of every 10 bridges in the country—in urgent need of repair. Some of these bridges are used 250 million times a day by trucks, school buses, passenger cars and other vehicles.

Americans know little to nothing about their rights or how the government is supposed to operate. This includes educators and politicians. For example, 27 percent of elected officials cannot name even one right or freedom guaranteed by the First Amendment, while 54 percent do not know the Constitution gives Congress the power to declare war.

Nearly one out of every three American children live in poverty, ranking us among the worst in the developed world.

Patrolled by police, our schools have become little more than quasi-prisons in which kids as young as age 4 are being handcuffed for "acting up," subjected to body searches and lockdowns, and suspended for childish behavior.

We're no longer innocent until proven guilty. In our present surveillance state, that burden of proof has now been shifted so that we are all suspects to be spied on, searched, scanned, frisked, monitored, tracked and treated as if we're potentially guilty of some wrongdoing or other.

Parents, no longer viewed as having an inherent right to raise their children as they see fit, are increasingly being arrested for letting their kids walk to the playground alone, or play outside alone. Similarly, parents who challenge a doctor's finding or request a second opinion regarding their children's health care needs are being charged with medical child abuse and, in a growing number of cases, losing custody of their children to the government.

Private property means little at a time when SWAT teams and other government agents can invade your home, break down your doors, kill your dog, wound or kill you, damage your furnishings and terrorize your family.

Court rulings undermining the Fourth Amendment and justifying invasive strip searches have left us powerless against police empowered to forcefully draw our blood, forcibly take our DNA, strip search us, and probe us intimately.

Americans have no protection against police abuse. It is no longer unusual to hear about incidents in which police shoot unarmed individuals first and ask questions later.

If there is any absolute maxim by which the federal government seems to operate, it is that the American taxpayer always gets ripped off. This is true, whether you're talking about taxpayers being forced to fund high-priced weaponry that will be used against us, endless wars that do little for our safety or our freedoms, or bloated government agencies such as the National Security Agency with its secret budgets, covert agendas and clandestine activities.

Americans are powerless in the face of militarized police. As police forces across the country continue to be transformed into extensions of the military, Americans are finding their once-peaceful communities transformed into military outposts, complete with tanks, weaponry, and other equipment designed for the battlefield.

Now these are not problems that you can just throw money at. As I point out in my book A Government of Wolves: The Emerging American Police State, these are problems that will continue to plague our nation unless and until Americans wake up to the fact that we're the only ones who can change things.

Most of all, stop acting like it really matters whether you vote for a Republican or Democrat, because it doesn't, and start acting like citizens who expect the government to work for them, rather than the other way around.

While that bloated beast called the federal government may not listen to you, you can have a great impact on your local governing bodies if you'll just take a stand. This will mean gathering together with your friends and neighbors and, for example, forcing your local city council to start opposing state and federal programs that are ripping you off. And if need be, your local city council can refuse to abide by the dictates that continue to flow from Washington, DC.

All of the signs point to something nasty up ahead. The time to act is now.

Introducing John Whitehead's Commentaries: Since 1996, John W. Whitehead has taken on everything from human rights abuses in Saudi Arabia, protection of religious freedom, and child pornography, to family autonomy issues, cross burning, the sanctity of human life, and the war on terrorism in his weekly opinion column. A self-proclaimed civil libertarian, Whitehead is considered by many to be a legal, political and cultural watchdog—sounding the call for integrity, accountability and an adherence to the democratic principles on which this country was founded.

Time and again, Whitehead hits the bull's eye with commentaries that are insightful, relevant and provocative. And all too often, he finds himself under fire for his frank and unadulterated viewpoint. But as he frequently remarks, "Anytime people find themselves under fire from both the liberal left and the conservative right, it means that that person is probably right on target."

This article contributed courtesy of The Rutherford Institute. For more information on the institute and to view this commentary with live links throughout, please visit Rutherford.org.