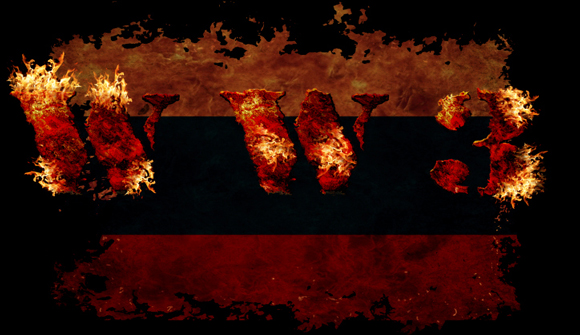 EDITORIAL, International Real Estate
The Next Presidential Election Will Move the World Closer to War
By Paul Craig Roberts - November 17, 2014

Glenn Greenwald has revealed that Hillary Clinton is the presidential candidate of the banksters and warmongers. Pam and Russ Martens note that Elizabeth Warren is the populist alternative. I doubt that a politician who represents the people can acquire the campaign funds needed to run a campaign. If Warren becomes a threat, the Establishment will frame her with bogus charges and move her aside.

Hillary as president would mean war with Russia. With neocon nazis such as Robert Kagan and Max Boot running her war policy and with Hillary's comparison of Russia's president Putin to Adolf Hitler, war would be a certainty. As Michel Chossudovsky and Noam Chomsky have written, the war would be nuclear.

If Hillary is elected president, the financial gangsters and profiteering war criminals would complete their takeover of the country. It would be forever or until armageddon.

To understand what we would be getting with Hillary, recall the Clinton presidency. The Clinton presidency was transformative in ways not generally recognized. Clinton destroyed the Democratic Party with "free trade" agreements, deregulated the financial system, launched Washington's ongoing policy of "regime change" with illegal military attacks on Yugoslavia and Iraq and his regime used deadly force without cause against American civilians and covered up the murders with fake investigations. These were four big changes that set the country on its downward spiral into a militarized police state with massive income and wealth inequality.

One can understand why Republicans wanted the North American Free Trade Agreement, but it was Bill Clinton who signed it into law. "Free trade" agreements are devices used by US corporations to offshore their production of goods and services sold in American markets. By moving production abroad, labor cost savings increase corporate profits and share prices, bringing capital gains to shareholders and multi-million dollar performance bonuses to executives. The rewards to capital are large, but the rewards come at the expense of US manufacturing workers and the tax base of cities and states.

When plants are closed and the work shipped overseas, middle class jobs disappear. Industrial and manufacturing unions are eviscerated, destroying the labor unions that financed the Democrats' election campaigns. The countervailing power of labor against capital was lost, and Democrats had to turn to the same sources of funding as Republicans. The result is a one-party state.

The weakened tax base of cities and states has made it possible for Republicans to attack the public sector unions. Today the Democratic Party no longer exists as a political party financed by the union dues of ordinary people. Today both political parties represent the interests of the same powerful interest groups: the financial sector, the military/security complex, the Israel Lobby, the extractive industries and agribusiness.

Neither party represents voters. Thus, the people are loaded up with the costs of financial bailouts and wars, while the extractive industries and Monsanto destroy the environment and degrade the food supply. Elections no longer deal with real issues such as the loss of constitutional protections and a government accountable to law. Instead the parties compete on issues such as homosexual marriage and federal funding of abortion.

Clinton's repeal of the Glass-Steagall Act was the initiating move followed by the removal of more constraints that allowed the financial system to transform itself into a gambling casino where bets are covered by the public and the Federal Reserve. The full consequences of this remain to be seen.

The Clinton regime's attack on the Serbs was a war crime under international law, but it was the Yugoslavian president who tried to defend his country who was put on trial as a war criminal. When the Clinton regime murdered Randy Weaver's family at Ruby Ridge and 76 people at Waco, subjecting the few survivors to a show trial, the regime's crimes against humanity went unpunished. Thus did Clinton set the precedents for 14 years of Bush/Obama crimes against humanity in seven countries. Millions of people have been killed, maimed and displaced, and it is all acceptable.

It is easy enough for a government to stir up its population against foreigners as the successes of Clinton, George W. Bush and Obama demonstrate. But the Clinton regime managed to stir up Americans against their fellows as well. When the FBI gratuitously murdered Randy Weaver's wife and young son, propagandistic denunciations of Randy Weaver took the place of accountability. When the FBI attacked the Branch Davidians, a religious movement that split from the Seventh-day Adventist Church, with tanks and poison gas, causing a fire that burned 76 people, mainly women and children, to death, the mass murder was justified by the Clinton regime with wild and unsubstantiated charges against the government's murdered victims.

All efforts to bring accountability to the crimes were blocked. These were the precedents for the executive branch's successful drive to secure immunity from law. This immunity has now spread to local police who routinely abuse and murder US citizens on their streets and in their homes.

Washington's international lawlessness about which the Russian and Chinese governments increasingly complain originated with the Clinton regime. Washington's lies about Saddam Hussein's "weapons of mass destruction" originated in the Clinton regime, as did the goal of "regime change" in Iraq and Washington's illegal bombings and embargoes that cost the lives of 500,000 Iraqi children, lost lives that Clinton's Secretary of State said were justified.

The US government had done wicked things in the past. For example, the Spanish-American war was a grab for empire, and Washington has always protected the interests of US corporations from Latin American reformers, but the Clinton regime globalized the criminality. Regime change has become reckless bringing with it danger of nuclear war. It is no longer Grenada and Honduras whose governments are overthrown. Today it is Russia and China that are targeted. Former parts of Russia herself – Georgia and Ukraine – have been turned into Washington's vassal states. Washington-financed NGOs organize "student protests" in Hong Kong, hoping that the protests will spread into China and destabilize the government. The recklessness of these interventions in the internal affairs of nuclear powers is unprecedented.

Hillary Clinton is a warmonger, and so will be the Republican candidate. The hardening anti-Russian rhetoric issuing from Washington and its punk EU puppet states places the world on the road to extinction. The arrogant neoconservatives, with their hubristic belief that the US is the "exceptional and indispensable" country, would regard a deescalation of rhetoric and sanctions as backing down. The more the neocons and politicians such as John McCain and Lindsey Graham escalate the rhetoric, the closer we come to war.

As the US government now embraces pre-emptive arrest and detention of those who might someday commit a crime, the entire cadre of neocon warmongers should be arrested and indefinitely detained before they destroy humanity.

The Clinton years produced a spate of books documenting the numerous crimes and coverups – the Oklahoma City bombing, Ruby Ridge, Waco, the FBI crime lab scandal, Vincent Foster's death, CIA involvement in drug running, the militarization of law enforcement, Kosovo, you name it. Most of these books are written from a libertarian or conservative viewpoint, as no one realized while it was happening the nature of the transformation of American governance. Those who have forgotten and those too young ever to have known owe it to themselves to acquaint or re-acquaint themselves with the Clinton years. Recently I wrote about Ambrose Evans-Pritchard's book, The Secret Life of Bill Clinton. Another book with substantial documentation is James Bovard's Feeling Your Pain. Congress and the media aided and abetted the extensive coverups, focusing instead on the relatively unimportant Whitewater real estate deals and Clinton's sexual affair with White House intern Monica Lewinsky.

Clinton and his corrupt regime lied about many important things, but only his lie about his affair with Monica Lewinsky caused the House of Representatives to impeach him. By ignoring numerous substantial grounds for impeachment and selecting instead an insubstantial reason, Congress and the media were complicit in the rise of an unaccountable executive branch. This lack of accountability has brought us tyranny at home and war abroad, and these two evils are enveloping us all.