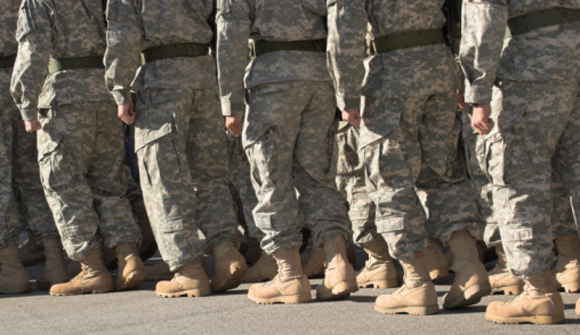 "War is merely the continuation of policy by other means." – Carl von Clausewitz

The political elites, Federal Reserve and special interests that really run the show hiding behind Congress and the president of either party in America's closed two-party monopoly seem to be running scared in many regards. They rightly have many fears for their political future as well as the profits and survival of the major international corporations and banking interests that support the current political leadership and regime.

Never has our nation, corporations and wealthy top 1% faced so many new threats to their efforts to grow their power and wealth around the world. Although there is enough blame and mistakes to go around, many of these threats can not really be blamed on our political or financial leaders but rather result from changes in the fast-paced world we live in today.

Conspiracy theorists prefer to see the world in black and white with no gray areas and keep it simple by criticizing secret groups or powerful interests for every problem but I believe the real situation is far more complicated. But everyone should realize the free America we grew up in has been long dead and buried with only the institutions and slogans remaining to lull the dumbed down public into apathy and acceptance. Our leaders are not omnipotent and certainly do not have all the answers and I suggest they have few answers and are actually making everything up as they go along, hence why I fear they will ultimately choose war as a solution to their problems.

Our America Does Not Exist Any More

Of course, conspiracies exist and thanks to Edward Snowden's publicity, America does indeed operate a global police state with intelligence gathering, torture and spying everywhere in the world. While I believe this effort is more directed toward controlling foreign and domestic politicians and powerful individuals than targeting helpless Americans who disagree with policies, this is a frightening situation for what once was the symbol of freedom and liberty for the entire world.

But as Dorothy told her dog, Toto, in the classic "Wizard of Oz" movie, "I've a feeling we're not in Kansas anymore," we're also not in the America of our Founding Fathers any more, either. Real capitalism and free markets simply do not exist any longer. A few powerful interests manipulate all markets, unlimited fiat money is a profitable franchise and we are attempting to police and control the entire world to maintain our leadership position held since the end of World War Two.

Today you are a fool to trust what the government or press claims is true, fair and balanced, as it's all just propaganda. Regulatory organizations exist only to protect the favored industries not the public, our legal system is a joke and all wars fought for democracy against evil are just looting expeditions against other nations out for profits, gain and natural resources.

All governments issue propaganda and mainstream news organizations sell the secret agendas and policies to the people. But the world today and especially the United States faces new challenges not even war-gamed or focus-grouped a few years ago and here lies the problem and risks for the nation and citizenry.

As Clausewitz so clearly stated, "War is merely the continuation of policy by other means," and our leadership and the special interests behind them want to continue the policies and actions that have created so much wealth and world power for them. Think for a moment about the threats they are facing at home and abroad and how a major but limited war could solve or postpone most of their problems and threats to their powerbase.

There are two problems with the war solution. First, while it may be in their best interest to guarantee their survival, war would be bad for our military, soldiers and civilians as well as our economy, private wealth and remaining liberties. Second, there is no guarantee that a real war once started would remain limited in nature. I think both world wars are historical examples of how plans for limited wars can turn into major wars killing tens of millions and all of this for power hungry politicians and vested economic interests. Remember this classic quote about war: "No battle plan survives contact with the enemy." – Helmuth von Moltke, German military strategist

"Naturally the common people don't want war: Neither in Russia, nor in England, nor for that matter in Germany. That is understood. But, after all, IT IS THE LEADERS of the country who determine the policy and it is always a simple matter to drag the people along, whether it is a democracy, or a fascist dictatorship, or a parliament, or a communist dictatorship. Voice or no voice, the people can always be brought to the bidding of the leaders. That is easy. All you have to do is TELL THEM THEY ARE BEING ATTACKED, and denounce the peacemakers for lack of patriotism and exposing the country to danger. IT WORKS THE SAME IN ANY COUNTRY." – Hermann Goering at the Nuremberg Trials

1. Wars can provide a crisis and justification to continue sovereign debt issuance and currency expansion for the duration of the conflict.

2. War would allow the politicians to blame Russia and China for the coming end to the dollar as the world reserve currency as well as the looming dollar and debt crisis.

3. The Federal Reserve and their global central banking cartel have really destroyed the economy of the West through excessive debt issuance, money creation and borrowing. A war would allow the blame to be transferred to the enemy nations for public consumption.

4. War would allow the US to regain control over the European Union, individual European nations and NATO. Today, Germany, France and other nations are wavering in the lockstep support for US policies and war plans in the Ukraine.

5. War would stifle secession movements in Spain and Scotland, Greece and Italy threats to withdraw from the EU and the common euro currency.

6. A war would provide the excuse for the US to reestablish elite control over news and opinion from foreign news organizations and alternative Internet news competition.

7. A war against Russia and Iran would safeguard competition from Russian and Iranian oil and gas delivery pipelines as well as allow us to control Middle East production and continue the Petrodollar system for years to come.

8. As in both world wars, a major war would allow the government to terminate all domestic political movements and adversaries except for "approved" controlled opposition candidates from the two major parties.

9. A successful war against allies of China would delay the global power challenge from a resurgent China for a few years.

10. Finally, during a wartime crisis situation, politicians can always get away with attacks on civil liberties, freedom of the press and wealth confiscation to a degree never possible during peacetime and here lies the ultimate war threat to the majority of the American people. The much hyped and often undercover agent driven fake terror plots designed to keep the citizens living in fear and willing to give up liberties for safety simply does not work any longer now 14 years after 9/11.

But a real war would provide the crisis excuse to confiscate your gold and "excess" retirement plan and IRA assets, reduce or curtail your social security benefits, dramatically raise taxes and institute total exchange controls while curtailing your remaining freedoms and ability to resist for the duration of the crisis. I'll be speaking on wars, conflicts and why you should have a safe haven residence at the upcoming Terra Viva meet and greet in May.

I hope I'm wrong about war becoming the solution of choice for Washington's many mistakes and shortcomings. Watch what happens in Syria, Iraq and the Ukraine over the next year and we will likely have the answer. But one of our founding fathers certainly knew better than to allow war or a war crisis to override good leadership and common sense.

"They that would give up essential liberty to obtain a little temporary safety deserve neither liberty nor safety." – Benjamin Franklin

Ron can be reached with comments or questions at ron@haim.li.