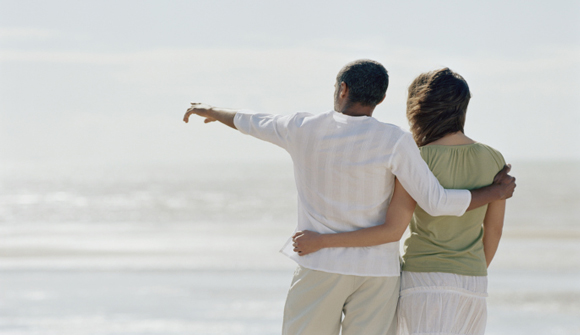 Nothing remains quite the same.

If we couldn't laugh we would all go insane

There have been a lot of articles in the press over the last week about why Americans should consider a change in latitudes and attitudes and, yes, Buffet is usually right. If we couldn't laugh about the situation we would all go insane.

First, we should look at other places to live, work and play outside our own country. Second, the current environment means many Americans should change their attitudes about Washington because sadly, only ashes are left of the original republic established by our founding fathers.

Update: I'm excited to let you know that High Alert is now creating an opportunity to secure a second home in a second country. I encourage you to visit the website.

Here are my top reads for the past week:

Well, of course we are angry and certainly aren't alone; CNN reports that 7 out of 10 Americans are concerned about the direction of the country. While this probably isn't news to our readers, that the percentage is this high is news to me.

Bulk of Americans Abroad Want to Give Up Citizenship

CNN says 73% of Americans living abroad are considering giving up their US citizenship because of the draconian paperwork requirements of FATCA. This creates double trouble for citizens because many foreign banks now treat Americans as lepers due to the increased costs and reporting requirements forced on these institutions. I believe the long-term goal of the legislation is to create an electronic iron curtain around Americans and their wealth so it can be seized.

"They Just Want the Money!" The IRS Can Now Seize Accounts on Suspicion Alone

Sadly today, civil asset forfeitures and seizures are as common as Nazi thugs harassing Jews in 1930s Germany. Read about what happened above to an elderly American and the bank account for her small restaurant business and multiply this by thousands of innocent people every day to understand what is happening in the States.

Land Of The Free? 1 In 3 Americans Are on File with the FBI in the US Police State

Has America turned into an authoritarian police state? The Wall Street Journal reports that 1 in 3 Americans are on file with the FBI master criminal database. I'm sure most have no idea they are on this list. This sure sounds scary to me and very worrisome about the future.

Yes, the US is bleeding money, wealth, corporations and productive entrepreneurs to other nations with lower taxes and a more enlightened regulatory structure while China prepares for a future non-dollar denominated world. Twenty-one Asian nations are involved in this $100 billion Asian Infrastructure Investment Bank (AIIB) and the US was only able to pressure Australia, Indonesia and South Korea to stay out. The world is done with the elite-run World Bank and Asian Development Bank that fronts for Washington and Wall Street.

Should America Worry About a China-Russia Axis?

The chickens are coming home to roost and China and Russia have been forced together in a marriage of convenience and safety because of US military and trade pressure. Pacts like the new 30-year Gazprom deal, the new high-speed rail line between Russia and China and other proposals with other BRIC nations do threaten US hegemony. This trend spells "train wreck" for global market and real estate investors as well as American citizens who bet all of their wealth on the long-term supremacy of the dollar despite the near-term strength.

Homage to Catalonia: Why These Secession Movements Are Growing

There is another way out of the debt and government problems of the Western democracies in addition to individual expatriation and this is peaceful, democratic secession. As we've seen with the Scotland referendum, do not assume that the EU or individual governments will play fair as regions attempt to withdraw from central governments guaranteed to fail and confiscate private wealth to become new debt free centers of home-rule and prosperity. This is indeed a life and death struggle when regions and provinces attempt to redraw tax jurisdictional lines; power is not about fake democracy, government accountability or lofty slogans – it is all about revenue.

A London Stock Exchange Survey shows that the world's happiest expatriates live in Switzerland. Now, unless you can qualify for their expensive retirement status that is competitively cantonal based, it is difficult for foreigners to find employment in Switzerland unless they are EU. Still, I've lived and worked in Switzerland and it is my favorite country with the best-decentralized government structure in the world. When it comes to lifestyle and prosperity, it is in competition with the successful but highly centralized government of Singapore. So I'm not sure whether expats are happiest because they live in Switzerland or because they are wealthy enough to live there or a combination of the two.

"Either You're the Butcher… Or the Cattle"

In closing, this is a great read by Jim Quinn of The Burning Platform Blog if you desire to wake up to the real dystopian world we live in today. Of course, you can choose to remain ignorant like the majority who believe the bread-and-circus cable news propaganda slop provided by our ruling elites.

Quoting Quinn; "… the tables [are] being turned on the butchers. Some cattle are awakening from their stupor. They can see the bloody writing on the slaughterhouse wall. Anyone who isn't sensing a dramatic mood change in this country is either a mindless zombie or a functionary of the deep state."

I can see the financial slaughterhouse coming for many of us who remain in the pasture, in the dollar and our home nations and wait for those in charge to protect us from the next real or contrived threat or crisis. It is time for a change in latitude and attitude about where we are and where we are going before it is too late.

The sharks are circling, there is blood in the water and I for one do not want to remain as food for the predators.