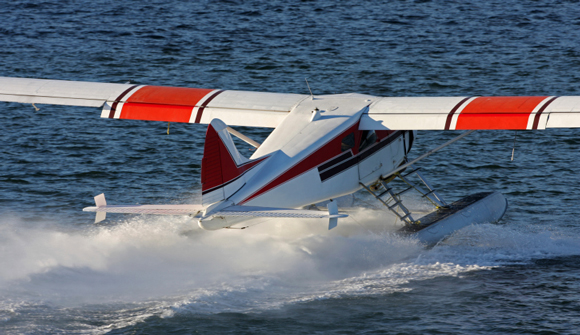 Another election day is upon us, always a great boost to the establishment media giants that own cable and print news as well as TV and radio stations. Total political advertising spending for the 2014 election should reach $2.5 billion dollars in this cycle and most of the payoff money goes to only six companies.

Media Fairness and Accountability to the Public Does Not Exist

Back in 1983, 50 companies controlled 90% of the American media market but today those 50 have dwindled to only 6 that control 90% of the media: Comcast or GE, News Corp, Disney, Viacom, Time Warner and CBS. The classic infographic below created by Frugal Dad in 2012 is now a little outdated, but you get the picture.

Yes, the media is now controlled by a close, interrelated cabal of companies. Their 200-plus executives use establishment news and opinion along with a plethora of so-called experts from controlled think tanks to orchestrate public opinion on major issues of importance to the power elite.

While many of us continually lament the bias of the media and the false illusion of news objectivity, especially compared to our views on the issues, all too few are willing to confront an even greater injustice, that of the illusion of real choice in the closed two-party US political system. Think about this: There has not been a third party in the US able to break into the ironclad two-party system since the Republican Party nominated Abraham Lincoln as the presidential nominee for the election of 1860. That was over 150 years ago.

One of my earliest childhood memories was going with my dad to the polling booth in the 1956 election when he whispered to me that he was going to break a family tradition since the 1870s of voting straight Democrat Party ticket and vote for General Eisenhower as the Republican candidate for president. At the time, no one in my family had voted Republican since the end of the War Between the States after the Republicans had outlawed former Confederate soldiers from voting in elections. During Reconstruction and Washington's military rule in North Carolina during the period of 1865 to 1877, my family was prohibited from voting because we had supported secession and the Confederacy.

But the sad truth is the American public has been unable to impact or sway Congress in any meaningful way during the last 60 years. Yes, the GOP political ads warn us about the excesses of the Democrats, both the Obama administration and their state and local candidates, based on specific talking points gathered from highly organized focus groups that use just the right language to motivate specific target groups. As an example, one local candidate was called "Obama's Mama" in a billboard campaign and there is seldom an element of truth in the advertising of either party.

Many readers know I favor Switzerland's system in which citizens have the political right of referendum and initiative because it allows for real input into the country's parliamentary actions. In the US, tomorrow's election has been dubbed the "Marijuana Midterms" because of the great number of ballot initiatives that address legalizing and/or decriminalizing cannabis. According to the Marijuana Policy Project, Florida and Guam are voting on whether to allow medical cannabis, Alaska, Oregon and Washington DC are voting on whether to allow any use of cannabis for adults, to be regulated like alcohol; and 57 local jurisdictions have ballot measures on the ballot that are in some way related to cannabis. Readers also know I favor legalization of cannabis and, in addition, see it as a market sector of growing significance and opportunity as governments around the world move toward legalization and regulation. This is one example of the kind of initiative on which voters actually have influence over the political process. Other examples are local elections, like school board members or city councilmembers, sheriffs, local judges, tax levies, etc.

Politicians Aren't Interested in Us or Our Best Interests

Both parties and all candidates claim to respect our opinions and love us at election time and say they want to save us from the evils of the other candidates but in reality they couldn't care less about voters except as a means to an end, their election. They are, with very few exceptions, parasites living off the government payroll and special interest campaign donations of a few major campaign contributors.

These contributors, through PACS and other now legal funding devices, own most legislators and all members of the Senate and House with an exception or two. Remember, while there still are a few politicians elected who speak for freedom forces, they are guaranteed to never have a majority on any issue of importance to the power elite.

Political Power at the Polling Booth is a False, Manufactured Reality

"Politics is the gentle art of getting votes from the poor and campaign funds from the rich, by promising to protect each from the other." – Oscar Ameringer

Today there is no way voters can impact politicians at the voting booth. While casting your ballot might make you feel better, it is still a total illusion and false reality that you are participating in the political system. I'm not saying do not vote, only that your vote will not matter at all when it comes to electing politicians, except for potentially electing an occasional voice in the wilderness that can't be either bought or manipulated through blackmail or extortion. Sadly, these incorruptible politicians are few and far between.

Why do you think the NSA has almost total control over communications around the world? It certainly isn't to defend the country or protect us against the latest conjured-up terrorist threat, but to control politicians and people of wealth and power. This is how the real world is governed, controlled and manipulated and we simply are not allowed to play.

The masses have been kept outside the political system for over 50 years and nothing has changed except that we are more politically impotent than ever. Now, you can still speak, write or do anything you want in the US unless you threaten the powerful special interests of the power elite because they desire to perpetuate their illusion of freedom of speech, freedom of assembly, etc. This is also why they want you to vote in every election; it helps them promote the deception that political freedom and accountability still exists in the US today.

Finally, woe to elected officials, candidates or popular non-elected leaders who through reputation or political statue do threaten the ultimate power of elite control. Consider George Wallace, Martin Luther King, President John Kennedy, presidential candidate Ross Perot, etc. Some are assassinated, others find themselves or their families threatened or, as we've seen ad nauseum in recent elections, plain old vanilla dirty tricks take them out of the running or cause them to lose the election.

Ultimately, the Only Way to Vote for Change Is With Your Feet

Tens of millions of people every year vote with their feet to leave their hometown, state/province or country to move to a different nation or location where they can prosper, where political corruption or theft is reduced and where the future is hopefully brighter for themselves and their posterity. Canada receives a great benefit from controlled but legal immigration from around the world in this regard.

Moving and voting with your feet is a positive response to existing closed political and economic systems. The US taxes people born in the US forever (the only major country to do so) unless citizenship is renounced, an often-difficult process with very negative consequences for those who want to visit US-based friends and family. Still, the US does provide a rather generous offshore income exclusion allowance on an annual basis.

The great westward migration of US citizens and new immigrants during the early decades of the American republic was often economic in nature, combined with a political and philosophical need to be free of government. While there is no western expansion left open to us, the world awaits those who want to work hard, prosper and enjoy our retirement years outside the political, legal and confiscatory risks of remaining in the United States during the coming decades of likely petrodollar and living standards collapse.

If you want real change, it is time to vote with your feet because American style two-party democracy is a closed, non-responsive system unlike the foreign parliamentary, multi-party systems in many other countries, especially Europe, that can still provide an avenue of change and citizen political activism.

Be sure to do your homework and choose your new nation or US state wisely. New Hampshire comes to mind for zero state income and sales taxes but you must take into account the often-frigid winters. Foreign countries in Europe and Asia as well as nations in Central and South America come to mind as possible choices.

Research your new jurisdiction in a calm and professional manner and make sure you are moving or temporarily relocating for the right reasons, not just because you're angry with the situation in your home country. I must remind you of one of my favorite early American heroes, Davy Crockett. We remember him for his bravery at the Alamo but before that he was a Tennessee congressman in Washington who lost his seat in an election to an opponent. His response to the voters was classic: "You may all go to Hell, and I will go to Texas."

So remember the Alamo and don't go too soon to a new home, before you've thoroughly researched and prepared. On the other hand, don't wait too long, either, like millions of Jews did in Europe during the Third Reich. Finally, make sure you go far enough away not to be swept up in the tides of history, economic dislocation and empire collapse. This is my view today of the 2014 election.

Update: I'm excited to let you know that High Alert is now creating an opportunity to do just what I'm referring to here – secure a second home in a second country. Check out the website now.