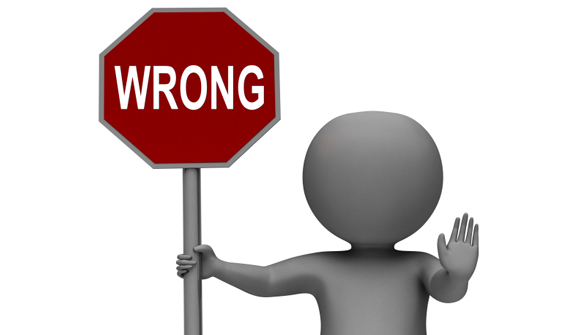 What leads me to conclude Paul Krugman's latest column is dead wrong? First of all, I agree with him on one thing. Krugman offers a summary of supposed conservative, free-market solutions and claims the Republicans have been wrong about everything. We agree only because the GOP really hasn't offered any free-market solutions, only talking points opposing the socialism and centralized police state created by both political parties. This doctrinaire enemy of freedom and liberty makes the case that only Socialist Party 1 and Socialist Party 2 are allowed to offer legitimate and approved solutions to top-down Washington incompetence and mismanagement.

Focusing on the GOP election victory, Krugman's editorial "Triumph of the Wrong" is a typical sour grapes whine from the leading economic apologist for socialism in the US. Even his title reminds me of an earlier socialist movement's propaganda masterpiece, Leni Riefenstahl's 1935 film "Triumph of the Will" about the Nazi Party Rally in Nuremberg. It is the most effective propaganda film of all time with no comparison to the drivel put out by this latter-day apologist for socialism and the centralized state.

Although choosing a column title column similar to the most well known Nazi film of Hitler's Third Reich might grab attention from Internet search engines, I believe it is in poor taste and reminds readers of the all too many similarities between the Third Reich and the Washington government championed by Krugman today, both at home and abroad.

But then again, Krugman has a history of this. His 2007 book, The Conscience of a Liberal, is another self-aggrandizing title knockoff of one of the most important political books of the 20th century, Barry Goldwater's 1960 book classic, The Conscience of a Conservative. Goldwater's book of conservative and free-market ideas heralded the takeover of the GOP by true conservatives and restored the Republican Party to prominence with Reagan's election.

Yes, the ideas of the book today are incessantly slandered and abused, not just by Krugman and the Democrats but also by the GOP establishment. Incessantly, that is, except at election time when limited-government solutions are paraded for a few days to excite the voter base only to then be quickly hidden under lock and key until the next election.

All who love freedom and liberty should repudiate this man and his statist views. My name is Ron Holland and I have zero use for Socialist Party 1 or Socialist Party 2. I consider the recent GOP election victory as just more of the same political bread and circuses to keep the electorate from looking at real free-market solutions to the tyranny of Washington.

Still, the Krugman quote at the top of this editorial is correct: "Politics determines who has the power, not who has the truth." With 54 years gone by since the Goldwater book classic was published, we should understand by now that always the Democrats and Republicans have had the power while the truth of free-market solutions has been kept hidden from discussions and implementation.

I believe Paul Krugman is the most dangerous man in America to your remaining liberties and wealth in the US because he is not only a consummate self-promoter but also has the entire establishment media behind him. There have been other great promoters in history who championed messages that have ended in devastation for millions. Likewise, I fear Krugman's message and believe this will not end well unless you look outside the US and controlled two-party democracy to defend your rights and the wealth that should remain for your posterity.

If you're as concerned about these issues as I am, I encourage you to learn more about a new community now being developed in Colombia that offers an opportunity for a second home in a second country. Then get in touch for more information.

"Think of the press as a great keyboard on which the government can play." – Joseph Goebbels