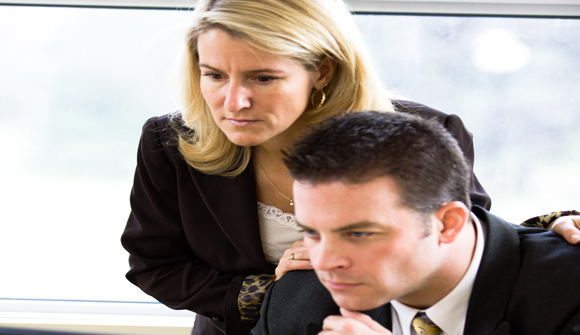 Dictionaries broadly define a safe haven as a place of refuge or sanctuary. I'm using the term to describe a hoped for place of security if a future catastrophe should take place. Possibilities include a major natural disaster, the coming end of the forced petrodollar scam, an unexpected major new war or civil disruption as the United States makes the always difficult transformation from leading world empire to a has-been nation heading downward on the stage of world history.

This has happened to all great empires that have gone this way before the Washington Empire and will eventually happen to all future global empires. It is the nature of all aggressive empires to overreach politically and militarily as well as in the economic sphere.

In the last few weeks there has been a terror attack in Paris and response raids throughout France and Belgium. The Swiss Central Bank, following a promise to continue the controversial Swiss franc/euro peg, suddenly without notice ended the practice, throwing currency markets and those short the franc into major panic.

Washington, with London and Berlin/Brussels following, continues with provocations and financial sanctions regarding Ukraine in an attempt to encircle Russia. Russia responds with a gas shutoff to halt Ukraine gas theft and develops far closer ties with China and the BRICS. The once vaunted US military-enforced petrodollar scam is in tatters as countries rush to avoid the dollar for energy transactions.

The FBI claims to have stopped another FBI-inspired homegrown terrorist attack against Congress as the timing of all the terror claims and counter claims continue in an orchestrated fashion in attempts to give some relevance to the rapidly failing European Union, euro and European Central Bank actions. It is impossible to tell the difference anymore between false-flag operations, real terrorist attacks or secret combinations between the two but the world is a scary place today with comparisons being made to 1914 and the 1930s.

America the Land of Opportunity (for a few)

The citizenry in the US have little choice but to hunker down and go along as the 2016 presidential election except for Rand Paul is just a rehash of the past, ranging from the Bush and Clinton political dynasties to a third try by Mitt Romney. Growing up we were taught that anyone could grow up and become president in the United States but this is just more old propaganda now unless you have elite support, a billion-plus dollars and a last name like Bush, Clinton or Romney.

Market Safe Havens Do Not Exist

While the past week was wonderful if you were long the Swiss franc, most advisors were shorting the currency because of concerns about the growing weakness of the euro. I would like to make a couple of points here. First, free markets are great but there aren't any left, as equity and bond markets are manipulated, gold and silver are manipulated and while the Swiss central bank might have decided to put the national economy of Switzerland ahead of EU interests for a change, this is an aberration. The normal dictatorial leadership of the NY/London central bank cartel means central banks generally operate as a monolithic private club to protect and advance elite interests, the general public be damned.

In the USA today, as with most empires, individual citizens or voters have little or no impact on the powerful interests behind the public politicians and state functionaries. How can individual citizens protect themselves and their families from what it to come? First, they must take personal human action to protect their families, property and accumulated assets because federalized police forces will protect government targets and infrastructure, while private property and your safety will not be defended.

Second, following the first wave of looting, violence and insurrection due to state cutbacks in handouts, paychecks and benefits from those who live off the state either through payments or "make-work" bureaucrats, the government will likely institute severe actions against those with property and means left to prosper in order to keep its parasitic support groups in line. The wealthy and middle class will be directly and publically targeted.

The Threat of Mob Violence Can Be Reduced by Your Location

While personally living in a rural area or having a safe haven location for your family outside the 150-mile radius of large cities and their easily targeted suburbs may allow you to escape the violence of the desperate underclasses in the first instance, the politicians will only want individuals and groups who will follow directions and military rule under martial law. Remember, with the Internet Reformation well underway a significant minority of the population will know what is going on and blame the politicians, bankers, Wall Street and central banking cartel for the political and economic collapse.

Freedom oriented individuals, preppers, those with food storage, gold and silver investors will be attacked by the media establishment as evildoers who will seek to benefit from the situation. Presidential executive orders will likely target individuals and groups who publically warned about the future or who banded together to survive what they will perceive to be Armageddon, the last days, etc.

The fact that collapsing police-state empires happen on a regular basis throughout history will not make the fall of the Washington Empire any more pleasant. It will likely be the end of the world to many, at least the world they believe in where they had confidence in governmental and private institutions.

When you've spent your life depending on an existing political and economic system and everything suddenly goes away, violence and blame are the topics of the day. Ask Germans or Japanese who grew up in these totalitarian states after the end of World War Two, or read about Russians who lived through the time of transition from Czarist Russia to the Soviet Union. It will likely be a tough time for all except for those who get out temporarily.

War Is Always A Political Solution to Shift the Blame

Most nations, with the exception of Switzerland and a few others, have always used war to protect the elites from blame and public retribution when big mistakes have been made. There is no bigger mistake in American history, other than the War Between the States, that will parallel the horrific economic impact of the end of the petrodollar and topple the dollar as the world reserve currency. The value of the dollar and your purchasing power when buying imports – and almost everything is imported today – could fall by 50% or more as more nations dump the petrodollar in energy transactions.

The public will be outraged at both political party leaderships, Wall Street and the Federal Reserve as the end result so I fear a possible limited war in order to blame the new economic order on China, Russia and the BRICS. This is the reason for our financial and economic sanctions against Russia, though the impact has been very counter-productive, as the US threat has made China and Russia close allies.

The problem with limited wars is they often do not stay limited and the result could be catastrophic. But wars create patriotism even if one side is to blame and this is a long-used method to blame financial and economic problems on so-called enemy nations. Military conflict as a way to shift the blame for the petrodollar and ultimately dollar collapse is my major concern for the future. Stay safe and prepare!