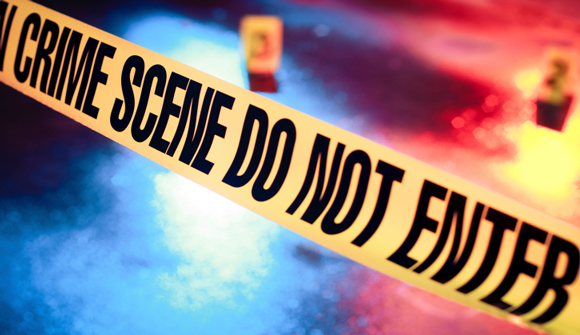 The senseless and horrific killings last week in Newtown, Connecticut reminded us that a determined individual or group of individuals can cause great harm no matter what laws are in place. Connecticut already has restrictive gun laws relative to other states, including restrictions on fully automatic, so-called "assault" rifles and gun-free zones.

Predictably, the political left responded to the tragedy with emotional calls for increased gun control. This is understandable, but misguided. The impulse to have government "do something" to protect us in the wake national tragedies is reflexive and often well intentioned. Many Americans believe that if we simply pass the right laws, future horrors like the Sandy Hook Elementary shooting can be prevented. But this impulse ignores the self evident truth that criminals don't obey laws.

The political right, unfortunately, has fallen into the same trap in its calls for quick legislative solutions to gun violence. If only we put armed police or armed teachers in schools, we're told, would-be school shooters will be dissuaded or stopped.

While I certainly agree that more guns equals less crime and that private gun ownership prevents many shootings, I don't agree that conservatives and libertarians should view government legislation, especially at the federal level, as the solution to violence. Real change can happen only when we commit ourselves to rebuilding civil society in America, meaning a society based on family, religion, civic and social institutions, and peaceful cooperation through markets. We cannot reverse decades of moral and intellectual decline by snapping our fingers and passing laws.

Let's not forget that our own government policies often undermine civil society, cheapen life and encourage immorality. The president and other government officials denounce school violence, yet still advocate for endless undeclared wars abroad and easy abortion at home. U.S. drone strikes kill thousands, but nobody in America holds vigils or devotes much news coverage to those victims, many of which are children, albeit, of a different color.

Obviously, I don't want to conflate complex issues of foreign policy and war with the Sandy Hook shooting but it is important to make the broader point that our federal government has zero moral authority to legislate against violence.

Furthermore, do we really want to live in a world of police checkpoints, surveillance cameras, metal detectors, X-ray scanners, and warrantless physical searches? We see this culture in our airports: witness the shabby spectacle of once proud, happy Americans shuffling through long lines while uniformed TSA agents bark orders. This is the world of government provided "security," a world far too many Americans now seem to accept or even endorse. School shootings, no matter how horrific, do not justify creating an Orwellian surveillance state in America.

Do we really believe government can provide total security? Do we want to involuntarily commit every disaffected, disturbed, or alienated person who fantasizes about violence? Or can we accept that liberty is more important than the illusion of state-provided security? Government cannot create a world without risks, nor would we really wish to live in such a fictional place. Only a totalitarian society would even claim absolute safety as a worthy ideal, because it would require total state control over its citizens' lives. We shouldn't settle for substituting one type of violence for another. Government role is to protect liberty, not to pursue unobtainable safety.

Our freedoms as Americans preceded gun control laws, the TSA, or the Department of Homeland Security. Freedom is defined by the ability of citizens to live without government interference, not by safety. It is easy to clamor for government security when terrible things happen; but liberty is given true meaning when we support it without exception, and we will be safer for it.