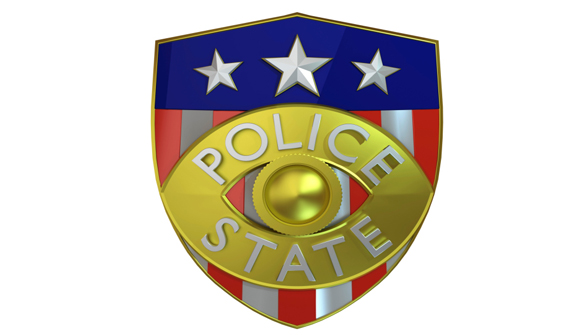 EDITORIAL, International Real Estate
Immigration 'Reform' Will Turn the US into a Police State
By Ron Paul - February 05, 2013

Whenever the federal government decides to reform something we can be fairly sure that the problem is about to get worse, especially if they call the plan bi-partisan. The bi-partisan immigration reform proposal launched last week in the US Senate will be no different.

The new plan, introduced by Sens. McCain and Schumer, would provide a path to citizenship for many of those in the United States illegally. This would only begin after the borders are deemed secure and applicants have paid fees for their illegal entry. They must also pay back taxes on their earnings while working here without government permission. Those on a path to citizenship would be subject to background checks and would be monitored while in the US.

The devil is in the details, and the details of the McCain plan are deeply disturbing. To secure the borders he is calling for a massive increase in drones flying over US territory, spying on US citizens along the border – and presumably within the 100 mile "border zone" over which Department of Homeland Security claims jurisdiction. What if these drones detect suspicious activity unrelated to illegal immigration? Imagine the implications for the federal government's disastrous war on drugs. Imagine what's left of the Fourth Amendment completely tossed into the trashcan. The "privatized" prison system in the US that now benefits from the war on drugs and illegal immigration will no doubt look forward to booming business thanks to the army of drones overhead.

Additionally, the McCain/Schumer plan calls for a nationwide, mandatory E-Verify program, which forces employers to act as federal immigration agents, and forces American citizens to prove to the government that they are allowed to work. E-Verify is an East Germany-like program that creates a massive federal database of every American citizen and notes whether or not they are permitted to work.

As Cato Institute privacy expert Jim Harper noted of E-Verify, potentially tens of thousands of American citizens would come up as a false positive for illegal status, denying them the right to work and forcing them to prove to the government that they are not here illegally. He writes, "If E-Verify goes national, get used to hearing that Orwellian term: 'non-confirmation.' "

Harper rightly notes that E-Verify is in fact a national ID card, writing last week that, "the system must biometrically identify everyone who works—you, me, and every working American you know. There is no way to do internal enforcement of immigration law without a biometric national identity system."

Much of the most recent immigration problem of the 2000s was actually created by the federal government. The easy money policy of the Federal Reserve blew up the housing bubble and created enormous demand for labor. This artificial demand was filled largely by workers who crossed into the US illegally. Within a year of the housing market crash in 2008, an estimated one million illegal workers left the United States for Mexico and beyond. Net illegal immigration into the United States last year had fallen to zero.

As I noted in my most recent book, Liberty Defined, much of our immigration problems would be eliminated were the federal government to simply return to sound money practices and end the welfare incentive for individuals to come to the US illegally. Afterward, what remains of the problem would mostly be solved with a far more generous and flexible guest worker program. Whatever the case, turning the US into a police state in order to fight a hyped up illegal immigration "crisis" is a bad deal for us all.