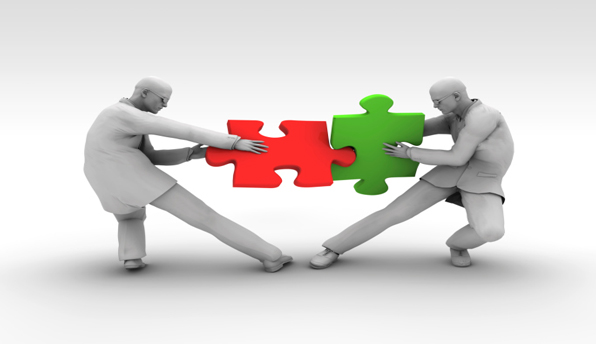 The New USA? Secession Movement Gains Steam … If you mention the word "secession" most people think of the South during the Civil War. But today, a new movement is gaining steam because of frustration over a growing, out-of-control federal government. A number of conservative, rural Americans are taking about seceding and creating their own states … A 51st state called Jefferson, made up of Northern California and Southern Oregon A new state called Western Maryland A new state called North Colorado … – CBN

Dominant Social Theme: The US is a sacred union and that's all that should be said about it.

Free-Market Analysis: We have often written that the Internet Reformation is a process not an episode and indeed, most of our analysis is based on the inevitability of its effects.

So we are not surprised by the secession movement in the US, which we have referred to previously. It is important. Compromised or manipulated as it might be, it will likely continue. This, in fact, may be one of the reasons for the stockpiling of guns and ammunition by Homeland Security.

From the perspective of fedgov bureaucrats, incipient rebellions – which is no doubt how secession will be interpreted – can be combated by violent repression. But we are not so sure.

Were secession merely the political outcome of policy differences as took place prior to the Civil War, we might be of the opinion that some sort of military campaign might have an impact.

But there is no real political agitation within Congress. The Republicans and Democrats for the most differ only on the pace of the country's economic evisceration.

So why then has the secession movement in the US gained steam? Is it because of tax and spend policies? Is it because of the endless wars? The ever more onerous taxation? The mounting regulation? The increased income disparities? The growing poverty? The lack of employment?

All of these are issues. But these secession movements are not happening because people are "fed up" or because they feel current trends are hopeless. (They've felt that way for a long time.) They are happening, we would humbly submit, because of what we call the Internet Reformation.

It is the information about the Way the World Really Works that has sparked these movements and made people receptive to them.

It is, we would argue, knowledge of their own manipulation that has finally created a willingness to act.

The argument of the hard men that run the West – at the behest of globalist financiers – is that the world is a dangerous place that demands violence and authoritarianism. "If we did not act this way, someone else would," they tell each other.

But increasingly, a groundswell of popular support does not share that view. Many people indeed simply want to be left alone – or at least have a significant voice in what society wishes to extract from them and their families.

The US's statist, authoritarian course has not wavered. What has changed is the arrival of the Internet and the neo-Reformation that it has caused.

Now, we are not arguing that the information available on the Internet will create some sort of anarchical nirvana. But we have argued that – as before – the aggregate epiphany may cause the power elite to take a "step back."

We may even be seeing it in the sudden decriminalization of marijuana, the determination to disengage in Afghanistan and a seeming slackening in some warmist propaganda and legislation.

Interestingly, the article itself (excerpted above) doesn't provide us with insights into the timing of these movements. Nor are we ever likely to read speculation about that in the mainstream press, or even in the establishment-oriented alternative media.

But what the article does make clear is that the secession movements are serious and ongoing. Here's more:

These are real movements gaining traction with voters across the country. Jeffrey Hare runs the 51st State Initiative in Colorado, an effort to fight an out-of-control legislature trying to ram big government policies down the throats of voters.

"We're at this point of irreconcilable differences," Hare told CBN News. Secessionist talk has filled town hall meetings and the divide discussed is not just ideological. "It's predominately left versus right, but it's urban versus rural because you typically find more typical conservative values in rural America," Hare said.

That's the crux of the issue. Rural Americans across many states feel they're not being heard. Their laundry list is long and at the top of that list are stricter gun control laws. According to Weld County, Colo., Sheriff John Cooke, the state legislature is out of control. "They are out of touch with rural Colorado," he said. "There is an attack on rural Colorado and it's not just on gun control laws. It's on several of the other bills that they passed."

Government mandates on renewable energy, environmental policies restricting oil and gas drilling, and controversial social issues like gay marriage have also led to this divide and talk of secession. Organizers want to create "North Colorado," an idea that went to voters in 11 counties this past fall. But not everyone in Colorado thinks secession is a great idea.

From our perspective, many of the above rationales for secession are but partial truths. It is the Internet and the information it has unlocked that is more fully responsible.

The ramifications, if one subscribes to this view, are not surprising. The authoritarianism that the globalists have sought to maintain and expand throughout the West will continue to come under challenge. Fully implemented globalism, the dream of financial internationalists, may not take place.

This is why we believe the spontaneous order of the Internet was not some devious elitist plot. It has virtually destroyed the hope of radically expanding the globalist regime.

Secrecy was necessary to the advancement of the dominant social themes that were, in turn, used to shape the sociopolitical conversation and make the masses malleable. That secrecy has been removed. Anyone can read what's going on – and even the feedbacks of mainstream media reports ring with angry dismissiveness.

This has happened once before in humankind's history – that we are aware of anyway. The advent of the Gutenberg press supported first the Renaissance, then the Reformation and finally the Enlightenment.

Of course, we are aware that the profiles of these three movements differ in terms of their results as well as the elite manipulation involved. But one can surely argue they would not have occurred without the spark of the press and the radical information it distributed.

It is fashionable to regard the juggernaut of elite Money Power and conclude "they never lose." But perhaps, just perhaps, that may not be the case …