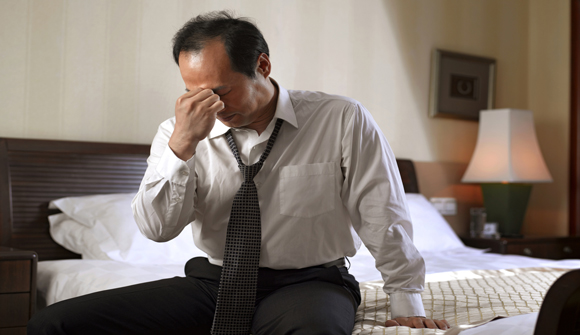 International Real Estate, STAFF NEWS & ANALYSIS
The Endless Hopelessness of a Crushing Debt Contraction – and What to Do About It
By Staff News & Analysis - March 12, 2015

Only mass default will end the world's addiction to debt … As global debt rises off the scale, creditors stand to take a huge hit in a threatened tsunami of defaults. – UK Telegraph

Dominant Social Theme: This will end badly as it has to.

Free-Market Analysis: This is another one of those hopeless articles that the mainstream media specializes in. There's nothing about it that provides any action points. You can understand what is going to happen but you can't do anything about it.

This is a specialty of the so-called sophisticated business media – of the mainstream kind. They'll give you a better sense of reality but they won't provide you any solutions.

The world is sinking under a sea of debt, private as well as public, and it is increasingly hard to see how this might end, except in some form of mass default.

Greece we already know about, but the coming much wider outbreak of debt repudiation will not be confined to sovereign nations. Last week, there was another foretaste of what's to come in developments at Austria's failed Hypo Alpe-Adria-Bank International. Taxpayers have had enough of paying for the country's increasingly crisis-ridden banking sector, and have determined to bail in private creditors to the remnants of this financial road crash instead – to the tune of $8.5bn in the specific case of Hypo Alpe-Adria. Finally, creditors are being made to pay for the consequences of their own folly.

You might have thought that a financial crisis as serious as that of the past seven years would have ended the world economy's addiction to debt once and for all. It has not. If anything, the position has grown even worse since the collapse of Lehman Brothers.

All this is true, of course. And the article is glad to elaborate. It tells us that McKinsey Global Institute has studied the global debt issue and has determined it has increased by $57 trillion.

This is, by the way, almost exactly the number we've been citing … US$50 trillion, though admittedly we have forecast that central banks will print US$100 trillion before this phase of the business cycle finally turns.

The article tells us that a lot of this "growth" (debt) has taken place in emerging markets. But it also admits that the West – where most of the leverage was – hasn't deleveraged a bit. Public indebtedness has grown. "The combined public sector debt of the G7 economies has grown by 40 percentage points to around 120pc of GDP since the crisis began, according to the Bank of International Settlements."

Pretty incredible, eh? But the truth is pretty obvious at this point even if the mainstream media doesn't usually get around to reporting on it.

The article also mentions China and its real-estate bubble. "China's total indebtedness has quadrupled since 2007 to $28 trillion, according to estimates by McKinsey. At 282pc of GDP, the debt burden is now bigger, relative to output, that the US."

We've often pointed out that the Chinese are going to face tremendous difficulty in changing the economy's direction. The trap is set: Without more and more money printing (issued into the economy via debt) the economy begins to wither. The Chinese can raise rates to slow the monetary momentum, but that too over time has a bad effect on economic growth.

The denouement looms … Inevitably there will be a "landing" – soft or hard. If it's soft, the agony is simply going to be prolonged.

After this trip around the world, the article begins to sum up. But here is where the article veers off-track, stating, "Credit cycles tend to be much longer than ordinary business cycles, which may have something to do with the cautionary effect that financial crises have on banking practice."

Say what? There's no reason to differentiate between a business cycle and a credit cycle. They are part of the same inflationary mechanism. And while the mainstream media takes the position that the current business cycle has turned from bear to bull, we don't see it that way at all.

What's happened is that fantastic gouts of money printing are giving people the idea that the business cycle has continued its rotation when it has not. It's a deeply dishonest ploy.

The recovery is nothing but gigantic asset inflation. The wreckage and ruin from six years ago remains with us. The economy never purged itself because the bankers didn't give it the opportunity.

The second item we take exception to has to do with an IMF white paper that "traced the origins of the credit boom that preceded Lehman's collapse to the early 1990s." The article then makes the point that some might place it in the 1980s.

In fact, the origins of the current credit boom can be traced back to the EARLY 1980s as the US economy emerged from the great golden bull of the 1970s. And you can also call it part of a business cycle that ran until around 2000.

This is not hard to figure out. You just have to track the price of gold. Gold started going up in the early 2000s. That was when the next golden bear started and the "bull" market stopped. The "bull" markets of the mid-2000s and now the middle of the next decade are merely asset inflations taking place within a larger bear market.

It's important to clarify these sorts of things because they help us understand the bigger picture. In any event, as we mentioned at the top, our real issue with the article is the lack of any larger perspective about human action.

Here's how the article ends:

Yet when the problem is as big, and international, as it is today, such solutions become virtually impossible, and unilateral default much more likely. How might the present explosion in debt end? The only thing that can be said with certainty is "badly".

Sure it's going to end badly, but it doesn't have to end badly for YOU. That's the point we try to make regularly. There are steps you can take to protect yourself, your wealth and your loved ones.

See if you can set up a second domicile offshore. Purchase gold and silver and keep up some of its abroad and some of it close by. Invest in the stock market if it looks as if it has continued momentum, but do so craftily and hedge your positions. Reduce your debt. Buy farmland at home or abroad.

There are lots of ways to take "action." It may well be that the world's debt is a kind of tidal wave that is impossible to forestall. But if you are disciplined and foresighted you may be able to ride that wave.

Here at The Daily Bell we suggest many solutions and you can learn more about them here. You're not helpless and you needn't be hopeless.