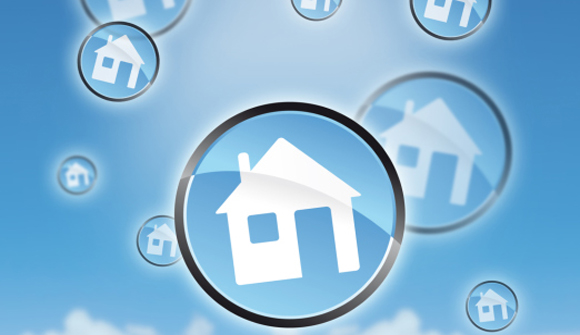 Here's what $66 gets you in Medellin … Last night after a flurry of legal meetings and property tours throughout the day, I had drinks with a Canadian real estate developer who set up shop here in Medellin a few years ago. Medellin's mountainous geography constrains growth, and this is likely going to heavily influence prices over the long term. So for now, this place is one of the most attractive residential property markets I've seen in the world. I can almost guarantee this won't last. – Sovereign Man Notes from the Field

Dominant Social Theme: Western real estate is the best. Sleep well at night; all is Okay. Just don't read about nasty bloodthirsty moments in history like the French Revolution before tucking in.

Free-Market Analysis: When we think of real estate bubbles, we often think of Manhattan and London, because that's where the most egregious bubbles often emerge.

We are informed by the media, as well, that these areas are most "in demand." And this perspective is fueled by reporting about apartments selling for US$100 million and houses going for twice that.

But as Simon Black points out in a recent article on Medellin, some of the most desirable real estate may not be in areas that have been traditionally highlighted.

Anthony Wile commented on Black's article in his Saturday editorial, highlighting a statement Black made: "Peace has a funny way of showering a country with prosperity. And it's going to make Colombia one of the most interesting places to be in the world in the coming years."

The "peace" Simon is referring to has do with the continued diminution of violence in Colombia, most notably between FARC and the Colombia establishment. This, too, must be factored into real estate prices.

Simon couldn't be more correct, in my opinion. I have witnessed the country's transformation from a war-torn region of the world into one of the brightest – if not the brightest – places on the planet for wealth creation and a high standard of overall living. But I'll leave the specifics for later …

The specifics here – as Anthony Wile is referring to them – have to do with Colombia's promise from an investment and lifestyle perspective. Unlike other countries in the West and certainly in Latin America, Colombia's growth remains moderate, with the central bank estimating 2.8 percent this year, down from 3.2 percent.

Moderate growth should help de-accelerate price inflation in Colombia, and this goes for the real estate sector, too. This stands in contrast to what media outlets like CNBC are saying about US real estate.

A recent article portrayed US prices as providing "plenty of evidence that … home prices are gaining steam again, fueled by tight supply amid growing demand."

The article went on to point out that, "Nationally, home prices were nearly 7 percent higher in August compared to a year ago, according to a new report from CoreLogic. That is a bigger annual gain than we saw during the spring market in May and June. Other monthly reports have shown the same phenomenon."

There are naysayers, of course, and CNBC points out alternative arguments as well:

California-based real estate analyst John Burns, of John Burns Real Estate Consulting, called Hanson's premise "ridiculous." He said you cannot compare affordability today to the heady days of the housing boom when anyone could get a loan with no money down and artificial — now illegal — teaser rates.

Burns's analysis is interesting but does not take into account Western real estate prices that are powerfully driven by the availability of credit within a monetary context. The "teaser rates" that Burns speaks of may have had an influence on the parabola of the market but ultimately the central bank business cycle will create a real estate bubble no matter the commercial parameters.

Colombia's real estate bubble will grow a good deal more slowly than the US's because rates in Colombia hover on the short end (where they are set by the central bank) around 4.5 percent. Also, Colombia's business cycle may be moderate compared to the hyper-cycles of the US, Britain and the West generally, because Colombia is not directly linked to central bank stimulation of these markets.

The Western business cycle is going full-bore due to the impossible-to-comprehend amount of currency that has been injected in the past six years, something like US$50 trillion. Apartments, cars, yachts, art, even stamp collections are beginning to command dangerously high prices.

The bubble likely has not peaked yet – or at least not as of this morning, anyway! We've been of the opinion there is at least another year to go. But before this latest market mania finally deflates (probably with a terrible crash), asset bubbles will be apparent to all.

Meanwhile, the bubbles in countries like Colombia may be less pronounced because they have not been drenched with Western-style central bank liquidity. And within Colombia's landscape are regions where local agrarian economies are virtually totally dislocated from the global economy and have been for many generations.

It's not just Colombia, of course, but developing-world real estate generally. There will be real estate bargains aplenty, certainly compared to what is bound to happen in the West.

Due to the West's vast stimulation, we are probably looking at yet another real estate bubble that will "eat the world." But that world will be "developed" more than "developing."

Colombia offers a tremendous lifestyle protection option as do other countries that are not entirely in sync with Western monetary inflation. Savvy investors will therefore look to places that don't fully partake of the West's inevitable asset-based price (hyper) inflation and have an abundance of natural food supply, excellent weather with no need for heat or air conditioning and vistas that rival Switzerland.