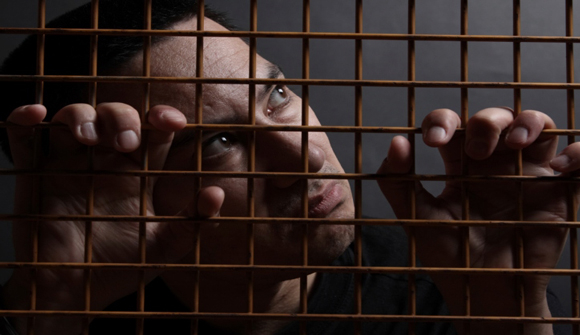 The Atlantic Suburbs and the New American Poverty … More people with low incomes now live outside of cities, and some areas are ill-equipped to deal with the influx of the poor … Between 2000 and 2011, Atlanta's suburban poor population grew by 159 percent. But the suburbs of Atlanta no longer hold just the promise of good schools, clean streets, and whitewashed homes with manicured lawns proudly displaying American flags. They are increasingly home to the very poor, who find themselves stranded in suburbs without the kind of transit or assistance that they might once have found in cities' urban cores. – The Atlantic

Dominant Social Theme: The suburbs need to be spruced up. It will happen.

Free-Market Analysis: Nowhere is the foundering of the American Dream more evident than in many US suburbs. Suburbs used to lie at the confident beating heart of the American Experience. Now they are prostrate baggage of an ill-conceived social experiment.

Suburbs, initially called ex-urbs in the hopeful 1950s, were built out of zoning regulations among other things. People were supposed to live in one place and work in another. The car was the glue that would hold it all together.

But what if you've lost your job and even commuting has become an expensive privilege you can't afford every day? What if you can't even get to where the jobs are to find one or hold one?

It never occurred to the US's overconfident social planners that suburbs, too, would one day be gripped by inner-city poverty and that their promise would evolve into a kind of gilded trap.

Fully 88 percent of Atlanta's poor live in the suburbs, according to Confronting Suburban Poverty in America, by Elizabeth Kneebone and Alan Berube of the Brookings Institution. Between 2000 and 2011, Atlanta's suburban poor population grew by 159 percent, while the city's poor population remained essentially flat. It's not just Atlanta—across much of the country, poverty is increasingly a problem found in the suburbs.

The fact that more poor people live in the suburbs doesn't have to be a bad thing, Kneebone told me. If low-income residents have access to good job opportunities, affordable housing, low crime rates, and good schools, then the suburbs can provide a path out of poverty.

But poverty has increased so quickly in some suburbs that these areas are ill-equipped to deal with it, she said. "Many of these communities lack the infrastructure, safety-net supports, and resources to address the needs of a growing poor population, which can make it that much harder for poor residents to connect to the kinds of opportunities that can help them get out of poverty in the long run," she said.

The problem speaks to a different kind of erosion of the American Dream, in which families strive to get to the much-vaunted suburbs, only to find out there's nothing for them there. And as suburbs see more and more poverty, they become the same traps that impoverished, urban neighborhoods once were, where someone born there has few chances to improve his economic standing.

There are more tangible problems that arise when poverty grows in the suburbs. Often, government structures change more slowly than the population at large, and residents find themselves represented—and policed—by people who don't understand their needs or concerns.

The unrest in Ferguson, a St. Louis suburb, over the past year, reflects this conflict. Suburbs also have less transit than urban areas, making it difficult for low-income residents to get to jobs or buy groceries. And social services have been slow to follow the poor to the suburbs, so many suburban poor find themselves isolated and without a safety net, hidden from those who might be able to help.

The last paragraph links the unrest in Ferguson to larger issues of suburban poverty. Is this so? Nope. The meme this article is presenting is one of US poverty based on stagnation of wages occurring as a result of the endless 2008 recession.

But like Keynes's General Theory itself, the process of poverty is never examined in this lengthy article. And yet it can be analyzed easily.

The current problem of poverty in the US is directly linked to at least four things:

US diminishment is linked to the economic system that the country runs under. It is a system no less oppressive or un-free than the one installed in Europe. And over time, any economy would succumb.

The article suggests that the most practical thing that can be done for foundering US suburbs is to install better mass transit so newly suburban poor can regain the mobility they need to find and keep employment.

The article tells us, "Of course transportation isn't the only solution to suburban poverty. But it's a start." Actually, it's not much of a start. The mercantilist structure of the US – of the West generally – is in full bloom now. There is no going back; empires in decline rarely reverse course.

Here at The Daily Bell, we preach various sorts of asset protection structures. Those who are comfortable with the direction in which the US is traveling may not want to make adjustments, but others will surely seek offshore residences, second passports, physical holdings of gold and silver and partake of other strategies that make their portfolios and families more secure.

The unraveling of US suburbs is predictable given the mercantilist system that is regnant throughout the West. It is a system that emphasizes bigness, waste and inefficiency. It is one that makes entrepreneurship difficult and access to capital problematic.

If things do get "better," thanks to a continually rising stock market, eventually the system will lapse into worse shape once this latest asset bubble has thoroughly expanded and collapsed.

All that is going on today is predictable. Poverty abides and expands. But you can take "human action" to ensure that their your own prosperity does not diminish similarly. Now is a good time to do so.