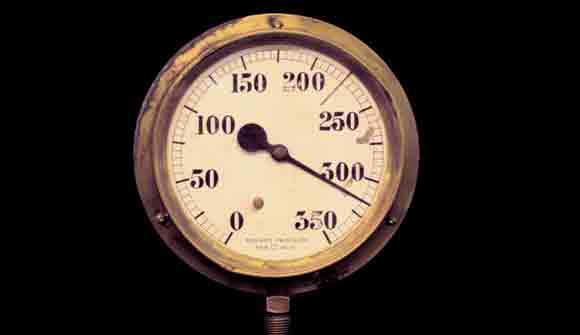 But the issue of where America falls on the spectrum between "free" and "totalitarian" is important to air for at least two reasons. First, there is a key difference between America and most police states. In East Germany, the average person knew he lived under tyranny and he did not expect justice to result from petitioning the tyrant. In America, many if not most people still trust the government enough to believe in reform rather than in the quiet revolution of saying "no." They still listen to the mainstream media, no matter how bitterly they complain about it. Nothing else can explain why people surrender their liberty and money in return for broken and retreaded promises.

Secondly, even if America is a police state, it's not intuitively obvious how far the process has progressed. North Korea and the United States exist at different points on a sliding scale of totalitarianism, and merely pointing to rights violations by the U.S. proves little. All states violate rights. When does one become totalitarian?

What is a Police State?

The Oxford English Dictionary says the term "police state" can be traced back to 1851 but the German word Polizeistaat popularized it in the 1930s as a way to describe the rise of fascism in Europe. A police state is generally defined as one that exerts extreme social, political and economic control over peaceful citizens. The control is maintained by widespread surveillance, through campaigns of fear, via a vast array of laws and the draconian enforcement of them. There is a standing political police force, such as the Stasi or KGB, that operates with no transparency and few restraints. The sole purpose of the political police force is to exert social control and act as an enforcement arm of the state.

There are several ways to estimate how far America has gone down the road toward a police state. One of them: Compare the current situation to the above description. Surveillance is close to total. Public fear is stoked through the engineered hysteria known as the war on terrorism, which has kept Americans on battlefields for 12 years. A myriad of laws now dictate the minutia of daily life and their enforcement is draconian. Police departments resemble military units thanks partly to a little known program called "1033 " through which the Defense Department gives surplus military equipment to the local police forces. Meanwhile, the standing political police force called the Department of Homeland Security functions without transparency or accountability; its purpose is to enforce social control.

Another way to judge the extent to which a police state exists is to ask yourself four questions.

1. How many peaceful activities would make you a criminal if you did them? In his book, Three Felonies A Day: How the Feds Target the Innocent, civil rights attorney Harvey Silverglate argues convincingly: "The average professional in this country wakes up in the morning, goes to work, comes home, eats dinner, and then goes to sleep, unaware that he or she has likely committed several federal crimes that day. Why? The answer lies in the very nature of modern federal criminal laws, which have exploded in number but also become impossibly broad and vague." It is not merely that laws and regulations have vastly multiplied. They are now so nonspecific that almost any activity can be criminalized. Consider "obstruction of justice." This criminal offense involves interfering with the operation of a court or a law enforcement officer. The 'interference' could be actions, words or even a facial expression that an officer finds disrespectful.

2. How much of life do you spend working to pay taxes, fees and meeting other government requirements? According to the watchdog Tax Foundation, Tax Freedom Day will occur on April 18. The rough date is estimated by dividing the total of federal, state, and local taxes by the total American income. In 2013, Americans will pay $4.22 trillion in various taxes, or 29.4 percent of their income. April 18 represents 29.4 percent of the year or 108 days. Factoring in the federal deficit, the Foundation concludes, "If we include this annual federal borrowing, which represents future taxes owed, Tax Freedom Day would occur on May 9, 21 days later." The figure hardly captures the scope of economic plunder. It is not merely the taxes that consume a third of life, it is also the less visible expenses. For example, compliance with labyrinthine regulations costs small to middle-sized business an estimated 1 in every 3 dollars earned. The expense gets eaten by producers or passed along to consumers; the benefit goes to government.

3. How freely can you relocate your assets and person outside the state's jurisdiction? Consider what should be the easiest asset to move – money. There are at least three stages in such a relocation. The first hurdle is finding a foreign bank that still accepts American customers. In the wake of the Foreign Account Tax Compliance Act, Americans have become financial pariahs. The second stage is getting your own money back. In an article entitled "Get Your Assets Out of the U.S. Now," a relocation expert warns that an American bank will "make a federal case out of it. Literally." You will wait from five to ten days for the transaction to clear. The manager will "begin to ask you a lot of questions. She's required to do it." He adds: "Here's the scary part. When you tell them you want to withdraw $100,000 in cash or wire it to a foreign bank, they are REQUIRED to file a SAR. They are PROHIBITED from telling you that they are filing it….They can freeze your account until they are satisfied that what you want to do with YOUR money is legitimate." Those are just some of the problems arising at what should be the simplest part of relocating assets. As much as possible, the U.S. Government is trapping money within its borders so that wealth cannot escape.

4. How freely can you use your assets and person within the state's jurisdiction? This varies from individual to individual and much depends on personal circumstances such as lifestyle. But one factor is indicative of how freely Americans can live. America has by far the highest rate of incarceration in the world. Since 1980, the rate has soared from 220 per 100,000 population to over 700 per 100,000. The increase is due almost entirely to the imprisonment of non-violent 'criminals,' especially in relationship to drugs. Breitbart reported (Sept. 21, 2013), "According to FBI statistics, there were 1.9 million violent crimes committed in 1992 versus 1.2 million in 2011, even though the US population increased by almost 70 million." And, yet, imprisonment has soared to the point that approximately 25 percent of the world's population of prisoners is housed in America. The current prison system is estimated to hold over two million inmates with 6 million people in total falling under penal supervision of one sort or another. By contrast, the Gulag labor camps in the Soviet Union are estimated to have held about 14 million people from 1929 to 1953.

I am convinced America is a police state and that we have only seen the tip of what will develop. The NSA revelations shocked the public by revealing how pervasive state surveillance had become. Before the stone-hard evidence of malfeasance emerged, most people would have scoffed at the idea of the state collecting every email written in America. Oddly, the same people would still scoff at the suggestion that other agencies are every bit as totalitarian.

People dismiss America's drift into totalitarianism for several reasons. One of them is how thoroughly Americans have come to identify freedom with political procedures, like the 'right' to vote, to run for office or to petition a congressman. But these alleged freedoms still exist because they serve the state and not the individual. The state relies upon people's participation for its legitimacy. These faux freedoms only keep people from demanding the real thing. Freedom does not rest upon access to the state; it rests on the word "no," spoken by individuals.