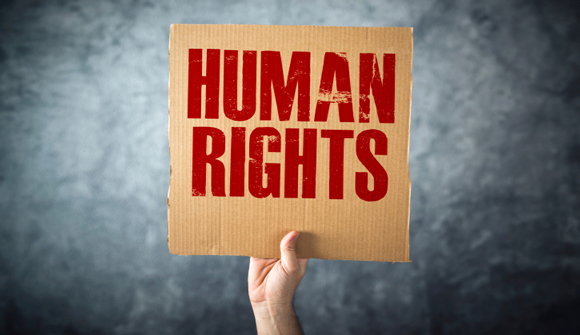 On December 10, 1948, in the aftermath of World War II, the newly formed United Nations wanted to make a bold statement to counter all the atrocities the world had just witnessed.

The previous decade had been almost nonstop genocide and devastation brought on by a Nazi doctrine of intolerance.

And so the UN drafted a first-ever Universal Declaration of Human Rights in an effort to set a new tone for the future.

In the very first article, for example, the document states:

“All human beings are born free and equal in dignity and rights… without distinction of any kind, such as race, colour, sex, language, religion, political or other opinion, national or social origin, property, birth or other status.”

This is obviously a wonderful idea— race, gender, sexuality, etc. should be irrelevant characteristics.

Yet in modern woke society, these are the ONLY characteristics that matter; it has become so ridiculous, in fact, that woke leaders now talk openly about segregation— separate schools, separate dormitories, etc. for black students and white students.

So this very basic human right— to be treated as a person, and not as a color, has been thrown out the window. But the contradictions to the Universal Declaration of Human Rights don’t stop there.

Article 12, for example, states, “No one shall be subjected to arbitrary interference with his privacy, family, home or correspondence, nor to attacks upon his honour and reputation.”

Of course, this human right doesn’t apply in the eyes of the Twitter mob, which sees fit to destroy anyone’s life and reputation for having a different opinion.

… unless there’s a virus on the loose with a 99% chance of survival.

Practically every government on earth used Covid-19 as an excuse to lock citizens in their homes, or require a valid excuse to travel more than five kilometers from home. Many closed their borders and prevented people from leaving the country.

So much for freedom of movement.

Article 17 says, “No one shall be arbitrarily deprived of his property.” But in the name of Covid-19, it became perfectly fine for a Colorado county, for example, to ban “Non-resident homeowners” from their own property.

(Also, civil asset forfeiture has been a direct affront to this right to not be deprived of your property, plus Article 11, “the right to be presumed innocent until proven guilty.”)

Article 18 of the Declaration on Human Rights says “Everyone has the right to freedom of thought, conscience and religion.”

This apparently didn’t apply to the Jewish population of New York City, which was restricted from attending synagogue and sending their kids to private religious schools, also in the name of Covid.

It also didn’t apply when the police showed up at church services in the UK and Canada to shut down mass on Easter Sunday.

Article 19 says, “Everyone has the right to freedom of opinion and expression; this right includes freedom to hold opinions without interference and to seek, receive and impart information and ideas through any media and regardless of frontiers.”

But this basic human right has become a complete farce.

Any intellectual dissent from the modern woke agenda is now considered “hate speech”, which in many countries is now a crime.

Scotland is a great example, where authorities there have already made arrests against citizens for sharing controversial, offensive memes.

Twitter, Facebook, and Google now make sure the wrong ideas and information are not imparted on their global platforms, even when their version of the ‘truth’ turns out to be wrong.

Six months ago, anyone who thought Covid came out of the Wuhan lab was a conspiracy theorist, and the idea was blocked from Facebook. Now the censors have generously deemed it a credible story.

Twitter recently suspended a Spanish politician for “hate speech” for saying “a man cannot get pregnant.”

YouTube (owned by Google) removed a panel discussion between the Governor of Florida and four well-credentialed scientists for spreading “misinformation” on Covid-19.

Article 20 of the Universal Declaration of Human Rights states, “Everyone has the right to freedom of peaceful assembly and association.”

This right is only selectively true. If you’re a ‘mostly peaceful’ protestor who feels like torching cars and looting a Nike store, then, sure, you have the right to peaceful assembly.

However, if you’ve tried protesting Covid lockdowns in Australia, or you were in Hong Kong over the weekend commemorating the Tiananmen Square massacre, then… no, you don’t have any right to protest.

Article 22 guarantees people “the right to social security”. Yet in most Western countries, and especially the United States, their Social Security and public pension funds are insolvent.

Article 23 guarantees “the right to work”. But this freedom has been replaced by the right to cower in fear while collecting free money from the government.

Article 26 states “Parents have a prior right to choose the kind of education that shall be given to their children.”

But today, the government will indoctrinate your children in Critical Race Theory and encourage kids as young as 6 to identify as either a victim or oppressor.

The final article of the United Nations’ Universal Declaration of Human Rights states that no government may do anything “aimed at the destruction of any of the rights and freedoms set forth herein.”

Yet that’s exactly the point here: governments have engaged in the willful destruction of our rights.

We’re not talking about North Korea or Venezuela. The governments who are trampling all over these rights are the same Western nations who defeated the Nazis, formed the UN, and drafted the Universal Declaration of Human Rights to begin with.