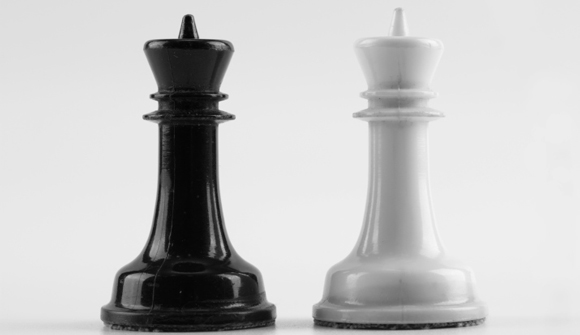 In no way does this discussion minimize prejudice and racism others have and still face. Just because this article highlights an often overlooked type of prejudice does not mean we think other kinds don’t exist.

We have discussed how the war on drugs was designed to empower the government to crack down on certain groups, black people included, without the policy having to be explicitly racist. We have also discussed overlooked ways women are still not treated equally–and we aren’t talking about the “pay gap.”

But today we are talking about prejudice against white people, justified by what “our” ancestors did. Others blame their racism on white “micro-aggressions,” which are little bits of subtle racism white people let slip.

The media has given undue attention to white supremacist groups lately, who should be ignored. They are a tiny fraction of the population, and the media only helps to amplify their racist voices. They should not be given a platform. The media exaggerates their presence for ratings or to sell a false narrative.

Even people who have never been or done anything racist are met with prejudice because they look like racists from the past or present. And that is a great irony.

1. Google: No Room for White Cis Straight Men… Unless You’ve Been Abused

If you’re a white man who wants to work for Google, you better be gay or trans-something. Otherwise, their racist, sexist, and all around prejudiced practices will shun you.

Oh, unless you were abused. Then you’re cool. Does abuse at the hands of the company count?

A lawsuit against Google for wrongful termination exposes all the abuses white men suffer under the company. The lawsuit comes complete with screenshots from company communications, including many from high-level management. These aren’t just allegations, the proof is right there.

The lawsuit is brought by two former Google employees, both fired for politically incorrect expression.

It highlights comments on internal Google discussion boards from managers and co-workers like:

If you put a group of 40-something white men in a room together and tell them to come up with something creative or innovative, they’ll come back and tell you how enjoyable the process was, and how they want to do it again, but they come up with fuck-all as a result!

…it’s not sexism / racism if it’s against males / whites…

By being a white male, you are in a privileged class that is actively harmful to others, whether you like it or not. So, no, you really actually don’t get to complain about your right to an opinion…

I guess this article is racist because I am a white man expressing an opinion about racism. And sadly, many people probably will label this article as racist. Really, it is an appeal to drop all “us versus them” mentalities so that people can be seen as individuals, not just members of a group. That is especially important when people did not choose the group.

And it isn’t just Google. A BBC job listing recently stated: “This traineeship is only open to candidates from a black, Asian or non-white ethnic minority background.”

Vice did a segment on an all black women’s retreat, no whites allowed.

This should absolutely be legal. Businesses should be allowed to discriminate however they want. Bakers shouldn’t be forced to bake cakes for gay couples if they don’t want to.

But just because businesses should be able to deny customers doesn’t make it right. It’s not too long ago that black people were not allowed in certain restaurants, and had to use segregated bathrooms, schools, and even water fountains.

Some people might see this as a reason to now discriminate against whites as a sort of, “how do you like it?” But really it is all the more reason to leave that prejudice behind.

I can see the desire to get together with groups of people with whom you have more in common. To tell the truth, if this retreat simply geared their businesses towards women of color it wouldn’t even come across as super racist.

But then the owner of the retreat just keeps talking:

I decided one day to just eliminate white people from my personal life, and ever since then my life has been way more breezy…

So segregation is now good, apparently. And even if you are a white person who has never done anything bad to blacks, “you’ve done enough damage.” You are responsible for the sins of your race. You’re not an individual, your just a color.

And unfortunately, we are seeing this in universities as well.

At one school, a professor was called racist and urged to be fired by black students. His crime? Being against “a day of absence” where white people would not be welcomed on campus.

Another campus saw demands for designated spaces for students of color, although the groups later said they didn’t explicitly ask for whites to be banned from the areas. One college has created all black male student housing, and another walked back on plans to offer courses for black students only.

Last year I wrote a piece about the movie Get Out. The movie exploits a common problem that still exists. There are still subtle ways that white people act differently towards black people. A lot of white people can’t help but mention race in the presence of a black person.

I was with my friend earlier in the day before seeing Get Out. A white girl-scout mom mentioned that she wasn’t surprised my friend picked shortbread cookies because people of his race tend to prefer them. This, fist bumps instead of handshakes, and saying things like “my man,” or going out of your way to mention black celebrities that you enjoy, is what people call “micro-aggressions.”

I would argue that these are actually clumsy attempts by white people to relate. The media, Hollywood, and the government put white people on edge and widen any actual minute divide between races. Because we hear so often how terrible we are for being white, there is a desire to prove it’s not true!

The media creates a self-fulfilling prophecy. White people feel the need to say, “I have a black friend,” because they have been put on edge by everyone telling them they are racist. I don’t think this is the right response… but I also don’t think it is internal or inherent racism. It is a response to a culture that demonizes whole groups instead of focusing on individuals.

Get Out seized on these bumbling white folks. The message is black people can’t trust white people because they are all harboring secret racism. Yes, white people could be better about treating black people as individuals and not as part of a group.

Commenters on the original article say I missed the point. Clearly I didn’t pick up the message that the movie was aiming at me: that I should pay more attention to my micro-aggressions. But that is a point I understood well. Just hours earlier I laughed with my friend about how ridiculous it was of that lady to say that black people like shortbread cookies. It just wasn’t necessary.

But the movie did reinforce the idea to my friend that white people cannot be entirely trusted. Somewhere lurking behind our cold dead eyes is the desire to return to the days of slavery and segregation. He told me that something along those lines is always in the back of his mind, and that is reinforced by movies like Get Out.

And it isn’t just the movies. Did you know that Dr. Suess is racist? So is standing for the national anthem. Basically, everything white people do is racist.

The justifications are a swinging pendulum. Racism against whites is justified by racism against blacks. But there are a whole bunch of normal black and white individuals caught in the middle who just want to leave the race issues behind.

We need to stop the pendulum. It’s nobody’s turn to be racist, sexist, or prejudice.

History is plagued by inexcusable instances of oppression. American slavery, the Jim Crowe era, and the civil rights fights of the 1960’s being recent egregious examples. But that will not be remedied by blaming people for what their parents, ancestors, or just people who looked like them did.

Black people should, however, blame the politicians who exploit them for power. That is the latest injustice in the long string. Politicians sell victim mentalities to women, gays, blacks, and anyone else they think will support their quest for power. Many a politician has become the champion of the oppressed, only to further use these groups for his own gain. In the process, these politicians damage these groups by infecting them with the victim mentality that says they need government or someone else to help them get on top.

It’s a lie. Individuals are powerful, no matter what your skin color, sex, sexual orientation, or past.

If there is one group that deserves prejudice, it is politicians. They have chosen their positions! And with their power, they manipulate the population to turn on each other. But individuals have the power to choose to opt out their game and say I won’t be apart of your destruction.