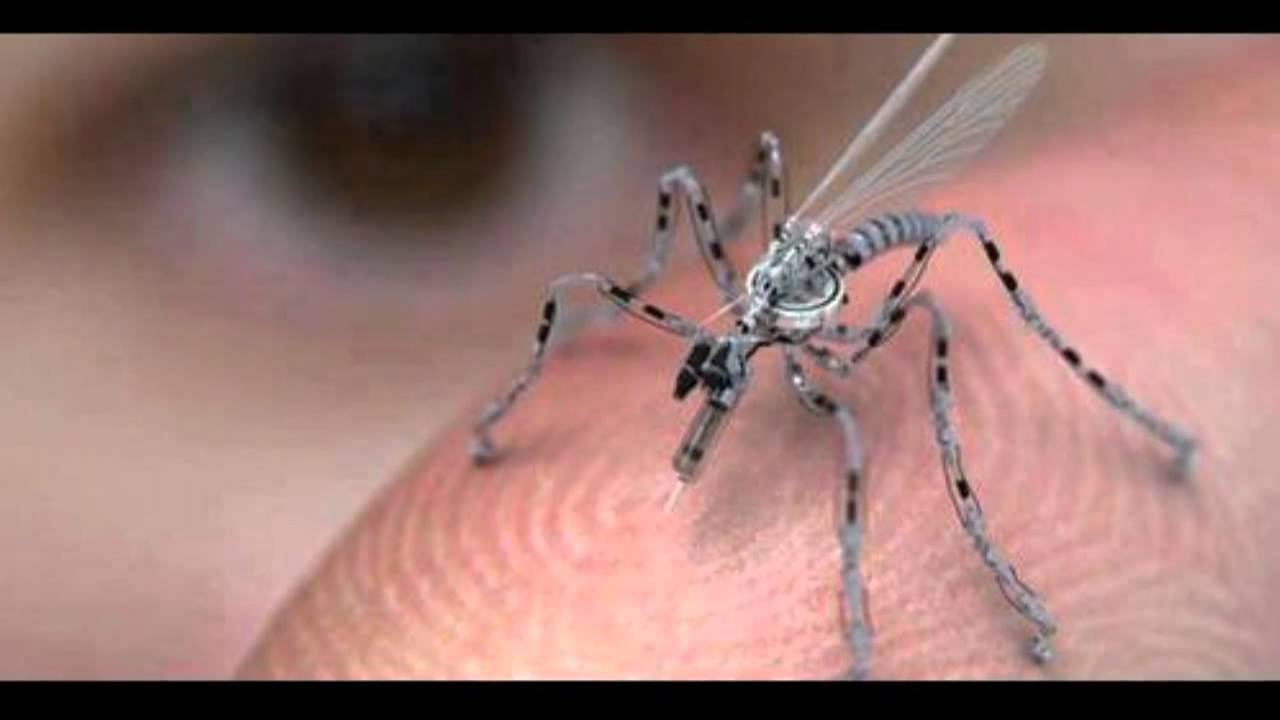 STAFF NEWS & ANALYSIS
3 Exciting New Ways to Destroy Humanity That Everyone is Talking About!
By Joe Jarvis - March 19, 2017

You know what everyone is really nostalgic for? The good old days during the Cold War when everyone thought humanity was going to be wiped out by a nuclear holocaust. There was something cozy about nuclear fallout shelters and cowering under a desk as the air raid sirens blared in the distance.

Now-a-days, people don’t seem to be peeing their pants as often about the possible extinction of our species at the hands of governments and their nefarious technologies winding up in the wrong hands.

The Trump election was a good little boost to the doom the media sells, but it targeted the same demographic that Global Warming whipped into a frenzy. We are already past Al Gore’s ten year mark for the point of no return, and with no mutant polar bears invading the lower 48, the fear we needed to create from Climate Change just hasn’t panned out.

And with the disappointing end to the Obama administration, without filling the FEMA camps with gun owners and preppers, how can the media hit that key right wing demographic that needs to think the world is going to end?

Big nukes are so 1950’s! Today it is all about compact, portable, adorable little forms of nuclear destruction.

CNBC tells us that by 2020 not only will governments have completed making miniature nukes that can be delivered with insect sized drones, but also that terrorists will already have their hands on them through the black market.

As for the mini-nukes, Del Monte expects they represent “the most horrific near-term nanoweapons.”

Nanotechnology opens up the possibility to manufacture mini-nuke components so small that they are difficult to screen and detect. Furthermore, the weapon (capable of an explosion equivalent to about 100 tons of TNT) could be compact enough to fit into a pocket or purse and weigh about 5 pounds and destroy large buildings or be combined to do greater damage to an area.

The Cambridge report estimates a 19% chance of human extinction by 2100. Seems legit. Oh and by the way, that is based on an informal survey that had absolutely no scientific basis.

What knee jerk reaction can we throw money at to stop this?

Maybe we can ban cash, because we all know the only people who use cash are terrorists and drug dealers.

And also let’s ban bitcoin and other alternative currencies for good measure. They are only used for money laundering and to pay bounties for assassinations.

All financial transactions should be made under the supervision of the Consumer Financial Protection Bureau. That will protect us from tiny nuclear arms.

Killer robots come in all shapes and sizes, but the most paranoia inducing ones will not be straight out of Terminator. No, again, it is all about tiny in 2017.

Tiny insect sized drones will not only deliver nukes to destroy buildings, but also poisons to target individuals for secret assassinations.

Another scenario he suggested the nanodrone could do in the future is fly into a room and drop a poison onto something, such as food, to presumably target a particular individual.

Let me translate: we have no evidence or reason to believe this will happen, but we are going to make up a scary scenario and report it as news because scaring the feces out of readers sells, and works for our shadowy bosses.

But there are still killer robots that are large for those who just can’t shake the fear of skynet that Terminator induced for the last three decades. As Sarah O’Connor first reported (yes seriously, she almost broke the internet) a robot has killed a worker in a VW plant in Germany by grabbing him, and slamming him against the wall.

This is clearly the first step towards robot world domination, and according to my calculations, based on nothing, the human race has a 97.6% chance of being entirely eliminated by robots sometime between a month and 7,000 years from now.

You should also pretty much be afraid to breath, because the government is making microscopic nanobots that will kill you from the inside, as the sleek modern equivalent to biological weapons.

According to the totally legitimate media that is totally not trying to cause undue fear with their ridiculous “news”, the government’s incompetence means this technology is basically guaranteed to end up being brought into your suburban neighborhood with a cool breeze on a beautiful spring day, and kill your children while they play.

The author said controlling these “smart nanobots” could become an issue since if lost, there could be potentially millions of these deadly nanobots on the loose killing people indiscriminately.

But once they are used up, they are done, right? So the risk would still be pretty low… unless… gasp, “these autonomous bots ultimately could become self-replicating.”

Be Afraid, Be Very Afraid.

It’s one thing for the media to report things that we can prevent, or should actually take steps to protect ourselves from.

But this whole exercise where the media dedicates news stories to reporting silly scenarios that they make up is designed entirely to cause fear.

And even more ridiculous is inserting a Cambridge survey that they insinuate was a study, that gives completely meaningless percentages for the possibility of humanity being wiped out.

But you can still save yourself if you read CNBC everyday, stay inside, and only breath through a gas mask. Oh and make sure to pay your taxes so we can combat this inevitable weapons proliferation–even though the taxes are what paid for this humanity destroying technology in the first place.

Smoke em if you got em.

Join the resistance with your own tiny drone!