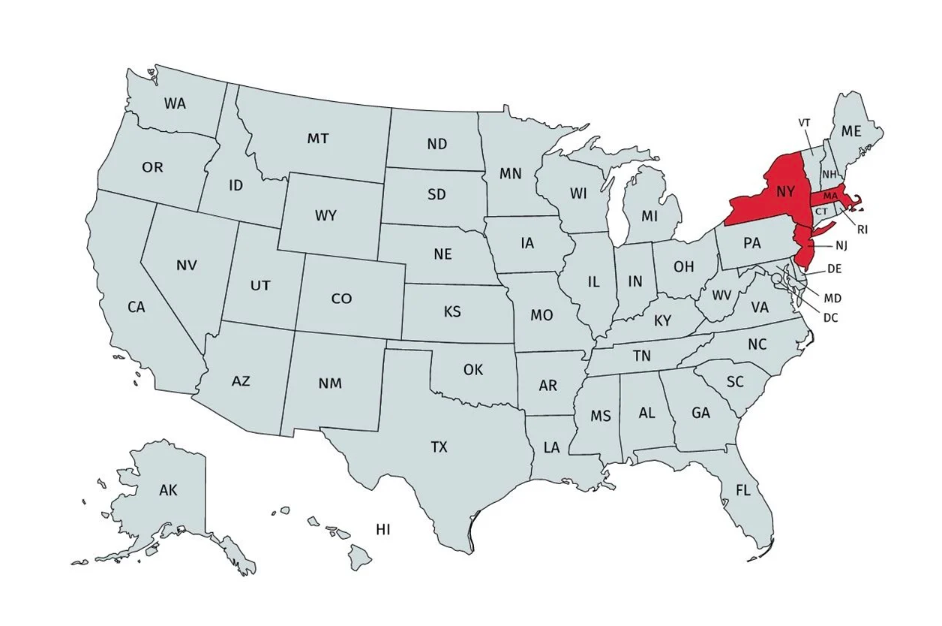 In a recent article in The Atlantic, Thomas Chatterton Williams decried America’s handling of the coronavirus.

The words “utter disaster” are used, and Williams, an expatriate, contrasts America’s response to that of France, where he currently lives.

“As Donald Trump’s America continues to shatter records for daily infections, France, like most other developed nations and even some undeveloped ones, seems to have beat back the virus,” Williams writes.

To be sure, the US response to the coronavirus was far from perfect (more on that later). But the article shows one of the challenges with this pandemic: even as more data is acquired, the picture doesn’t always get clearer.

In some ways, COVID-19 data are like a Rorschach blot from which writers, politicians, and experts can glean whatever conclusions they wish to find. Take Sweden, where daily COVID-19 deaths recently reached zero.

According to Newsweek editorial director Hank Gilman, Sweden’s “lighter touch” approach was a failure because seven times as many people died there than in neighboring Scandnavian countries such as Finland and Norway. He is not alone in the assessment.

On the other hand, Sweden suffered far fewer deaths per capita than several European neighbors that instituted strict lockdowns—including Belgium, Italy, Spain, and the United Kingdom—and has avoided some of the economic fallout other nations have endured. Unlike other countries, its currency is growing stronger.

Indeed, Sweden’s death rate is remarkably close to that of France, which Williams praised as a model in contrast to the “utter disaster” in the US. However, the US actually has a lower per capita death rate than both Sweden and France—at least for now. (While it’s true COVID cases are on the rise again in the US, deaths recently reached three-month lows.)

This raises questions about how we measure success in the age of COVID-19. While most attention is being paid to rising case numbers, death tolls would seem to be the most important metric. While US deaths per capita (401/1M) put the country among the ten highest in the world—ahead of France and Sweden, but just below the Netherlands—those numbers also don’t tell the entire story.

Few may have noticed that 42 percent of all COVID deaths in the US come from just three states—New Jersey, New York, and Massachusetts. These three states account for nearly 56,000 of the nearly 133,000 deaths in the US, even though they represent just 10 percent of the population. If these three states are excluded, the US suddenly finds itself somewhere in between nations such as Luxembourg (176/1M) and Macedonia (166/1M), where some of the better fatality numbers in Europe are found.

Why have New York, New Jersey, and Massachusetts suffered so much more than other US states? We don’t yet know the answer to that question, but evidence suggests it could be policy related.

This week, the New York State Department of Health issued a report that concluded 6,326 COVID-positive residents were admitted to nursing homes between March 25 and May 8 as a result of the order.

”The data shows that the nursing home residents got COVID from the staff, and presumably, also from those who visited them. Unfortunately, we did not understand the disease early on, we did not realize how widespread it was within our community, and therefore, it was able to be introduced into a vulnerable population,” said New York Health Commissioner Dr. Howard Zucker.

The report, however, also claimed that “most patients admitted to nursing homes from hospitals were no longer contagious when admitted and therefore were not a source of infection … [and] … nursing home quality was not a factor in nursing home fatalities.”

The report cites the high nursing home fatality rates of Massachusetts and New Jersey as additional evidence that New York was not an outlier in nursing home deaths.

“…an examination of fatalities in our neighboring states—despite having populations much smaller than New York’s—illustrates fatalities at these facilities were not a New York-specific phenomenon: Connecticut reports 3,124 deaths in these facilities, New Jersey reports 6,617, and Massachusetts reports 5,115, to New York’s 6,432 fatalities.”

However, it’s worth noting that both New Jersey and Massachusetts had similar policies in place, according to the AARP and other news stories. Moreover, the actual number of nursing home deaths in New York is difficult to know, since New York changed its reporting so that nursing home residents who die of COVID-19 are not counted as a nursing home death if they die at a hospital.

The context of the US numbers matters for several reasons. For one, understanding why New York, New Jersey, and Massachusetts have suffered so much more from the coronavirus may hold keys to combating the virus.

Secondly, there is currently a great deal of scrutiny on states such as Florida, Texas, and Arizona, which have seen case numbers increase in recent weeks, a spike that began in mid-June after states reopened their economies. The implication is that these states dropped the ball by reopening too soon.

None of these states, however, has a per capita fatality rate that even approaches New Jersey, Massachusetts, or New York. Below are the figures as of July 7.

Considering these numbers, one would not expect to see a governor from New Jersey, New York, or Massachusetts lecture these other states on their handling of the coronavirus. But that’s exactly what Gov. Cuomo did, claiming his state-ordered lockdown “saved lives” and chastening governors who opened their economies.

Cuomo makes no mention of the social costs of the economic lockdowns—mass unemployment, widespread bankruptcy, and surging mental health deterioration, drug abuse, and global poverty. Nor does he mention his state’s catastrophically high COVID death toll.

The extent to which policy decisions are linked to the high fatality rates in these states is still unknown. We’re in the middle of the COVID-19 pandemic and still learning about the virus. But that is precisely why lawmakers should exercise caution in their policy prescriptions.

In his 1974 Nobel Prize speech, the economist F.A. Hayek warned against the temptation to use collective action with incomplete knowledge, saying such action would likely cause more harm than good.

“To act on the belief that we possess the knowledge and the power which enable us to shape the processes of society entirely to our liking, knowledge which in fact we do not possess, is likely to make us do much harm,” Hayek stated. “The recognition of the insuperable limits to his knowledge ought indeed to teach the student of society a lesson of humility which should guard him against becoming an accomplice in men’s fatal striving to control society – a striving which makes him not only a tyrant over his fellows, but which may well make him the destroyer of a civilization which no brain has designed but which has grown from the free efforts of millions of individuals.”

Hayek saw a world that increasingly seemed to believe central planners could solve any and all social problems. Such a worldview carried the seed of great harm, he believed.

We don’t yet know how this pandemic or economic collapse will end, but some have predicted it shaping up to be a blunder of historic proportions.

“The first half of 2020 will go down in history as the largest nationwide public policy failure since the Great Depression,” the economic historian Phil Magness recently observed. “A part of that failure derives from the largest wide-scale suppression of economic and social liberties in most of our lifetimes, all executed to negligible effect at solving the problem it intended to target.”

If Magness is correct, the crisis, though tragic, may also offer a healthy dose of an elixir Hayek would say humans desperately need: humility.

“The recognition of the insuperable limits to his knowledge ought indeed to teach the student of society a lesson of humility which should guard him against becoming an accomplice in men’s fatal striving to control society,” Hayek concluded in his address.

The lockdowns and the nursing home tragedies show just how destructive and fatal such striving to control society can be.

Jon Miltimore is the Managing Editor of FEE.org. His writing/reporting has been the subject of articles in TIME magazine, The Wall Street Journal, CNN, Forbes, Fox News, and the Star Tribune.