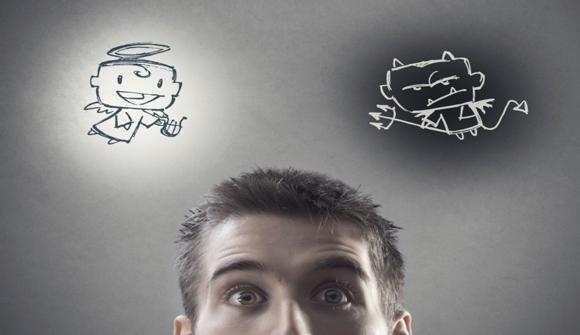 STAFF NEWS & ANALYSIS
5 Controversial Books That Teach You How to Manipulate People
By Joe Jarvis - May 02, 2019

It’s not bad to study how to manipulate people.

We study plenty of things that you shouldn’t do: war, crime, genocide.

Understanding how these things happen is key to avoiding them in the future.

We need to study manipulation to make sure others cannot wield that power over us.

That is why no information should be off limits. Learning how to accomplish evil deeds allows us to prevent ourselves from becoming the victims, or tools, of evildoers.

There’s a reason rulers banned the printing press and burned books. They considered knowledge dangerous… because it is. It is dangerous to those who would keep us ignorant of their tactics to hold power over us.

The 48 Laws of Power by Robert Greene causes the simple-minded to protest.

They think no one should have access to information about how to attain and keep power. But this is impossible.

Therefore everyone should have access to that information, to avoid becoming the victim of the power hungry.

This is essentially a history book, with countless interesting examples of how people have gained and lost power over the years.

Laws of power include such gems as:

But there is also some great advice which we can use without scruples:

In Rules for Radicals, Saul Alinsky provided the blueprint for such power-hungry sociopaths like Hillary Clinton and Barack Obama.

He suggested stoking divisions and creating a common enemy in order to accomplish your goals.

The stated purpose was to give power to disenfranchised groups. But since he considers these poor people stupid pawns, it is up to the person organizing them to decide how that power will be channeled.

It thus becomes a treatise about how useful idiots can provide a vehicle for power.

Interesting points include, “Power is not only what you have but what the enemy thinks you have,” and “The threat is usually more terrifying than the thing itself.”

3. Influence: The Psychology of Persuasion

Robert Cialdini was tired of always being the chump who ended up buying whatever “they” were selling, even though he didn’t really want or need it.

So he identified six major weapons of influence to include in his book, Influence: The Psychology of Persuasion.

Although ostensibly written to please the Medici rulers, Machiavelli was likely trolling them.

The Prince was published in 1532, five years after his death, though an unpublished manuscript was circulated among his friends and supporters during his lifetime.

It was dark humor. He may suggest something brutal and harsh to maintain power that would actually turn the people against a prince, and lead to his downfall.

But then offer the true lesson nonchalantly almost as an aside– all the people want is to not be raped or robbed.

Or he may speak the truth about brutal ways to maintain power, insinuating that those in power had done such evil things.

Or check out Be Like The Fox: Machiavelli in his World, to get the lessons from a different perspective, and gain some context into Machiavelli’s personal experience as a diplomat.

5. The Gift of Fear: Survival Signals That Protect Us from Violence

The Gift of Fear is about how to recognize and respond to psychological tricks that bad people use against their victims.

The author, Gavin de Becker, runs a security company that specializes in protecting celebrities from stalkers and other threats.

He has identified a number of subconscious signals that our minds give us when we are in danger.

Ironically, many politicians use the tactics of stalkers to get elected. A prime example is forced grouping. “We are in this together,” they say. But there is no we, and you’re the victim.