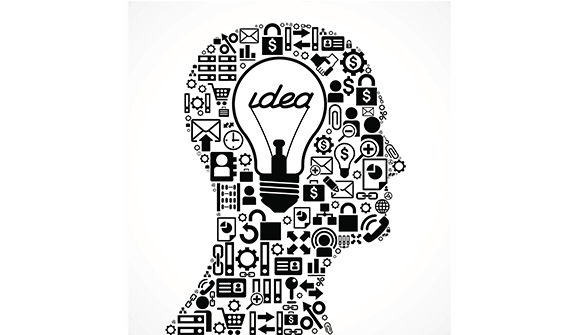 Carney Should Make the Bank of England an Innovator … Speculation that Mark Carney, who took charge at the Bank of England this week, might radically change U.K. monetary policy cooled in the months after his appointment was announced. No doubt, this softening of expectations was justified — the constraints of the office are tighter than the new governor and his admirers would like. It's a pity though. Carney should stay ambitious. Monetary policy could stand some innovation, and not just in Britain. – Bloomberg

Free-Market Analysis: There are so many complicated terms surrounding central bank policy. Every time central bankers print more money in different ways, they have to give it a fancy name to make it sound scientific.

It's just another way for saying a small group of men empowered by law and custom have decided to print a lot of money from nothing to pay for loans not only directly from government but in the secondary market as well.

Ben Bernanke is seen to be "radical" and "bold" for this sort of thing.

And recently Bernanke apparently tried out a new gambit. He tried to tell people what the Fed had in mind. This couldn't be called a "statement," though. Nope. There had to be a fancy name for it. Bernanke was putting into practice something called Forward Guidance.

But Bloomberg – see article above – doesn't want to leave it there. This recent opinion piece explains what Bernanke did wrong (the market crashed after his recent statements) and then provides us with a perspective on the new Bank of England chief Mark Carney …

We are told he can do better.

The new governor is known to favor clearer "forward guidance" on policy, of the kind the Federal Reserve has been trying to use. The first policy announcement on his watch this week left interest rates and asset purchases unchanged, but told markets that interest rates might stay low for longer than they expect. The pound weakened (presumably as intended) as a result. I'm not a great fan of Fed-style forward guidance, for reasons I'll explain. If Carney wants to make his mark in Threadneedle Street, he should try to be bolder.

Here's how: Get the Bank of England to adopt a target for growth in total cash spending, or nominal gross domestic product. This idea isn't new – it has a long history – but in the past few years it's attracted new interest. Credit for this goes partly to the recession and partly to Scott Sumner, a professor of economics at Bentley University in Massachusetts.

Sumner and a group of blogging supporters have raised the idea to new prominence. Carney aroused excitement last year by expressing support for the idea before backtracking. Modern advocates of a cash-spending target sometimes overstate their case. That's all right — how else do you gain attention? They're also pushing a version of the idea that, in my view, isn't the most appealing. Nonetheless, their thinking contains a vital insight that central banks would do well to recognize.

Let's unpack this a bit. The idea of this article is apparently that if the GDP number is strong, then the central bank would tighten. Weak GDP – more stimulation. (Never mind that GDP is generally a lousy indicator.) Such a policy is supposedly better than one that seeks to announce in some detail what officials of a given central bank have in mind to do.

For us, this sort of transparency doesn't really attack the underlying problem, which is that central banking is built on a fundamentally dishonest idea – that a group of very smart and numerically literate men can successfully fix the price and volume of money on a regular basis. They can't. They don't. They won't.

Really, central banking just provides an even smaller group of (secretive) men with the justification to exercise control over the world's economy. Central banking "policy" is just window-dressing for the real goal, which is the exercise of power and the ability to print money at will.

Alan Greenspan admitted as much during his term. He decided to use the price of gold, though that too is not a forward-looking indicator, as the price must logically factor in what has gone before.

It doesn't matter what policies central bankers adopt, and using new ones will not make Mark Carney any more innovative than any other central banker.

It will just provide new justifications for fixing the price and volume of money. And price fixing never works.