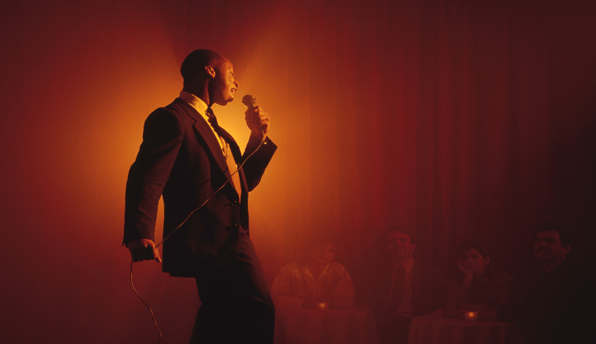 The political classes have brought UKIP on themselves … In a seminal referendum in California in 1978, the public endorsed Proposition 13, limiting property taxes. It was described as a "primal scream by the People against Big Government". The British public are now delivering a primal scream of their own. Politicians, beware: only 23 per cent of people are satisfied with the way that MPs are doing their job. The three main parties have brought Ukip upon themselves. It is the product less of specific policy issues than with deep-seated contempt for what the public see as the pampered, identikit members of the political class. – UK Telegraph

Dominant Social Theme: UKIP is no big deal. And sooner or later it will shrink back to the nothingness from whence it came.

Free-Market Analysis: This is a good article that leaves out a very important point. It's good because it does try to explain UKIP's attraction in Britain.

It is less good, in our view, because it does not mention the part that the Internet has played in the rise of freedom movements around the world.

The article seems logical on the surface. It explains that UKIP and other such parties are tapping a wide vein of discontentment experienced by the electorate when it comes to politicians.

The article shows clearly that the sentiment of British voters is anti-politics as usual. And while we have identified important lacunae, the article is more-than-serviceable in this regard:

A new YouGov poll shows how these feelings have driven Ukip's surge: 73 per cent of its supporters think that never having had a "real" job outside the worlds of national politics, think tanks, journalism or local government before becoming an MP is "unsuitable in a leading politician".

And 54 per cent of Ukippers think that going to Eton and not understanding how normal people live makes someone undesirable to be a politician. Ukip voters are also more likely than anyone else to look disapprovingly upon MPs who have worked im investment banks or benefited from "connections" to enter politics.

This will all be news to those who still indulge the myth that Ukip are just a bunch of disgruntled Tory toffs. Since 1979, the number of former manual workers in Parliament has fallen from 98 to 25. Of course, this hasn't happened in isolation: Britain has become a more middle-class place in this time. But it's much less middle class than the backgrounds of MPs suggest.

For 20 years, all politicians have obsessed over how to appeal to the aspirational middle classes. Unsurprisingly, voters are smart enough to suss when they're being ignored: electoral turnout fell 12 per cent from 1992 to 2010, with the decline especially dramatic in the North, where Westminster politics seems remote in far more than just a geographical sense.

It is the "left behind" voters with whom Ukip's message resonates most strongly, as Rob Ford and Matthew Goodwin illustrate in their new book. The percentage of working class voters who strongly agree that "people like me have no say in government" rose from 20 per cent in 2005 to 36 per cent in 2012.

… Ukip is fundamentally an outlet for the despair voters have amassed over decades of being ignored. That almost a million voters supported the BNP in the last European elections owed more to fury at the political class than bare-knuckle racism.

It is this last paragraph that is perhaps the most important, illustrating both the strengths and weaknesses of this analysis. It is surely true that UKIP is an "outlet for despair." But why do voters feel any more ignored NOW than, say, a generation ago?

One can argue that things have grown much worse in Britain, and, indeed, they have both from a freedom standpoint and an economic one.

But the real reason, we'd humbly submit, is because of the "Internet Reformation." It is online information that has really made a difference, driving home the reality of corruption and class disparities in Britain.

We've long waited for an explosion of frustration from the British electorate based on what's going on there. The British are perpetually lied to, not just by their government, but by the banking elites that make the City of London their home.

Britain is a true surveillance state at this point, a place where journalists can go on trial for gaining access illegally to a few private phone messages while the British State itself engages in unbridled phone tapping throughout the UK and beyond.

Britain is also a place where inequities between classes and professions are getting larger and larger. This is a direct function of grafting a social class to a professional one. It used to be that British upper classes went into business or served the state. But now they can make millions by entering into banking and benefiting from the floods of central banking money printed by the Central Bank of England.

So our "bottom line" is one we've written before, but nonetheless is important to reemphasize. The simmering fury in Britain – shared by European and US citizens – is not merely the result of "decades of being ignored" by the political class.

It is also the result of the increased information about the Way the World Really Works that has been presented by the Internet.

And the Internet provides it. No wonder Prime Minister David Cameron – a particularly noxious politician – is doing his best to restrict economic and political information. He has tried to reduce the flow of information by claiming that he wants to restrict sexual imagery, but his program is in almost terminal confusion because it is banning so much else.

Surely, it's occurred to the average Brit what Cameron's real intention is. Again, people aren't stupid. And most of them are likely informed anyway. This is a classic case of closing the barn door after the proverbial cows have left.

And sure, just as with people like Julian Assange, there can be suspicions that not all is as it seems with these parties and their sponsorship. But in the long run that doesn't make much difference. As Sam Cooke once sang, "A change is going to come."

The Internet is a process not an episode.

There been times that I thought I couldn't last for long

But now I think I'm able to carry on

It's been a long, a long time coming

But I know a change gonna come, oh yes it will