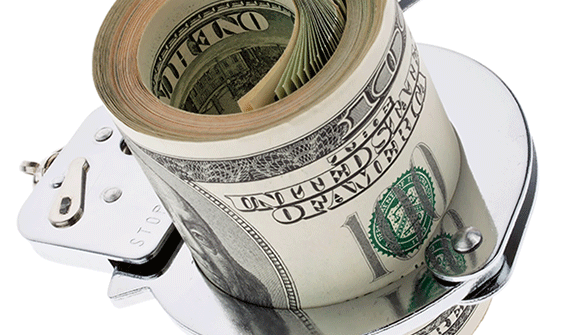 Well, it looks like western leaders are finally starting to put on their big boy pants.

For the first few days after Vladimir Putin’s invasion of Ukraine, most governments offered nothing but harsh words… and the obligatory thoughts and prayers.

Now every organization in the world seems to be chipping in to punish Putin over this invasion. Even the International Judo Federation has removed Putin as its honorary president.

Not to be outdone, World Taekwondo (which until recently was known as the World Taekwondo Federation, but then changed its name due to connotations about its initials) stripped Putin of the honorary 9th degree black belt they awarded to him in 2013.

(Note that Putin was awarded his honorary black belt AFTER he had waged very public genocide against Chechnya, something the WTF seemed to have no problem with.)

Now, I’m not poking too much fun at these reactions; Putin has now crossed several sacrosanct lines, ranging from the invasion itself to the mobilization of his nuclear forces.

He’s acting like a deranged bully. You can practically hear him whisper to his skeptical generals, “Sweep the leg.”

And it’s human nature to want to do something in situations like this. Or at least to virtue signal to everyone where you stand by making it look like you’re doing something.

But most of these reactions are hasty and irrelevant. It’s not like the war is going to stop because Putin lost his honorary black belt.

More importantly, some of these reactions could have dangerous, unintended consequences that no one ever thought about because of the rush to do something.

Banishment from SWIFT is an obvious example.

This morning, under pressure from the European Union and United States, SWIFT agreed to exclude seven of Russia’s largest banks from the network.

Bear in mind that SWIFT (which stands for Society for Worldwide Interbank Financial Telecommunication) is technically a messaging platform; it’s a way for banks to communicate with one another about financial transactions in a somewhat secure manner.

And ‘somewhat secure’ may be generous.

I own a bank here in Puerto Rico. And a few years ago when my bank was accepted into SWIFT, I remember the onboarding team told us to go find a computer with Windows 7 on it.

Now, Windows 7 is an obsolete operating system that Microsoft had stopped supporting long ago. Yet it was still the foundation of one of SWIFT’s ‘secure’ messaging products.

It turns out that this is not unusual in banking; many financial institutions are in the dark ages when it comes to technology, and security is really lacking.

We’ve seen reports of banks being hacked over and over again. And even SWIFT is no exception.

In fact, SWIFT’s cybersecurity deficiencies have been already been exploited by hackers; back in 2015-2016, the Bangladesh Central Bank had more than $100 million stolen due to a security hole in SWIFT’s software.

So this is hardly an impenetrable fortress of security.

And now that Russia’s top banks are being booted from SWIFT, it’s certainly possible the system could be hacked again… and much more seriously this time.

Putin has already invaded Ukraine. Is it so inconceivable that he would hack SWIFT?

After all, if his biggest institutions are no longer allowed to access the platform, he has nothing to lose by taking down SWIFT. And that would cause complete chaos across the world, bringing cross-border payments to a halt.

Last week I wrote to you about Justin Trudeau’s psychopathic rage against the Freedom Convoy, as he was directing financial institutions to freeze protestors’ funds. Further, the financial website GoFundMe unilaterally refused to pay $10+ million in donations to Freedom Convoy groups.

It was a clear and obvious sign that the financial system cannot be trusted.

There’s certainly no guarantee that Russia is going to hack the system. But it’s certainly a possibility, given that the vulnerabilities are widely known and have already been exploited.

It’s 2022. There’s no reason to hold 100% of your savings in a financial system that is still in the technological Dark Ages.

And that’s why it makes a lot of sense to consider holding at least a portion of your savings in cryptocurrency.