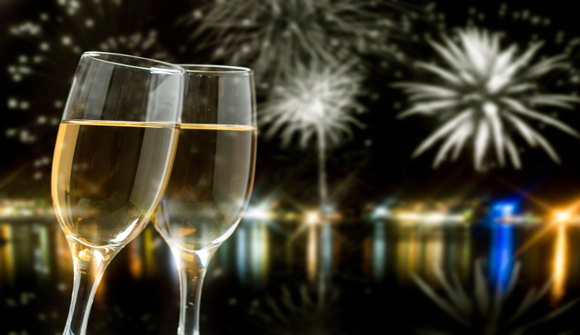 Why we can now be sure that interest rates won't go up this year … The Government clearly would like to keep interest rates low as possible for as long as possible, even though many of its supporters are net savers who are losing out … Interest rates are not going to be hiked in 2015. That is a forecast, rather than a certainty, of course, but virtually every piece of recent data supports that hypothesis. – UK Telegraph

Dominant Social Theme: Rates are due to rise around the world.

Free-Market Analysis: We are always on the verge of a recovery and then rates will have to move up. That seems to be a fairly consistent mainstream meme. But in the meantime, of course, rates are NOT going up.

And this fits into our larger perspective that in a monopoly-fiat central banking economic system, inflation is a more predictable outcome than disinflation or deflation.

When we look around the world, we are apt to see zero-bound interest rates – or rates headed in that direction. Japan, Europe, China, India, Brazil … all have noted the possibility of keeping rates down for a significant period of time. And this is after an unprecedented episode of low rates, one that has literally lasted for years.

Now there is Britain.

Take the British economy: it is still growing nicely but at a significantly slower rate. The National Institute of Economic and Social Research (NIESR) is predicting that GDP rose by 0.6pc in the three months to December. Growth is not too fast by any standard; our rate of expansion certainly won't panic policymakers looking out for signs of overheating.

… Unlike in the eurozone, where we are seeing the wrong sort of deflation, caused by deficient demand, UK spending is holding up nicely and the jobs market is booming. There is absolutely no need for more QE. But it is equally the case that the Bank of England would never hike rates under such circumstances.

Asset prices in Britain are not doing especially well: the FTSE 100 remains well below its peak, and house prices, while overvalued compared with incomes, at least for the UK as a whole, are no longer accelerating out of control.

It is true that real wages are finally rising – but not by much. Productivity growth and the speedy collapse of inflation are helping.

The article goes on to make a strong statement AGAINST such low rates. "The cost of money should have been increased a long time ago … It is very dangerous to distort such a fundamental price in such a major way for so long."

The wrong investments are being made, and too many dud projects are being kept alive, seven years after the Great Recession. We are seeing what Austrian economists such as FA Hayek and Ludwig von Mises called "malinvestment"; at the same time, errors of the past have not fully been liquidated. This is bad news for efficiency, productivity and sustainability.

Good for the Telegraph! Standard Austrian analysis reveals the danger in so many central banks pumping out so much "money" around the world. Add Britain to the mix and it seems like one of the only major economies not wedded to lower rates is the US.

Of course, when we evaluate US central banking policy, we always run into the issue of whether policy makers are really determined to make a raise. We recently presented reports regarding Janet Yellen and her preference for controlling asset bubbles via regulation rather than rate tightening.

For one reason or another, the US Fed has used regulation, insider buying and monetary policy to boost what we call the Wall Street Party. If we're correct, there are intentions to spread this party around the world, creating a kind of equity mania that may last far longer than one or two years.

One of the easiest ways to fuel a stock explosion is to print money. All great run-ups, from what we can tell, have involved the overprinting of currency and subsequent distortive asset expansion.

The article tells us that when it comes to Britain, "The Government clearly would like to keep interest rates low as possible for as long as possible, even though many of its supporters are net savers who are losing out."

This sentiment is seemingly shared around the world. Remember, the BIS coordinates central banks. Though we may be getting mixed messages from the media, if you watch the "action," it seems clear that monetary policy is determinedly loose and getting looser.

So expect inflation to stay low for months, wages to rise moderately and growth to weaken but remain hugely stronger than anything in the eurozone. Above all, don't expect any increase in interest rates this year.

This is how the article ends and it seems to us – barring surprises, Black Swans, etc., – that this British forecast has elements shared with the US, China, even Japan.

Given this determination to ensure a flow of easy money, you might not want to discount the Wall Street Party too soon. It may, as we've suggested before, be going global.