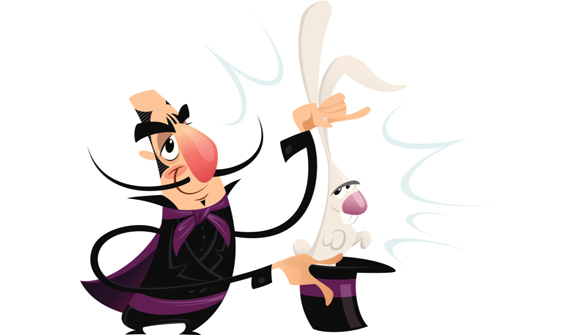 Competition Is for Losers … If you want to create and capture lasting value, look to build a monopoly, writes Peter Thiel … Only one thing can allow a business to transcend the daily brute struggle for survival: monopoly profits. What valuable company is nobody building? This question is harder than it looks, because your company could create a lot of value without becoming very valuable itself. Creating value isn't enough—you also need to capture some of the value you create. This means that even very big businesses can be bad businesses. – Wall Street Journal

Dominant Social Theme: To build a successful company, you need to be where others aren't. And you need to work hard. Then rags-to-riches becomes possible.

Free-Market Analysis: Peter Thiel, the famous investor in such startups as PayPal and Facebook, has posted an interesting article over at the Wall Street Journal. It is an excerpt from a larger book (Zero to One) that deals with how to build successful companies.

In the article excerpted above, Mr. Thiel makes many lucid points, at least hypothetically, about how to generate a successful startup. Like John D. Rockefeller, he seems to believe it boils down to "competition is a sin."

Google makes so much money that it is now worth three times more than every U.S. airline combined. The airlines compete with each other, but Google stands alone.

… In 2001, my co-workers at PayPal and I would often get lunch on Castro Street in Mountain View, Calif. We had our pick of restaurants, starting with obvious categories like Indian, sushi and burgers. There were more options once we settled on a type: North Indian or South Indian, cheaper or fancier, and so on.

In contrast to the competitive local restaurant market, PayPal was then the only email-based payments company in the world. We employed fewer people than the restaurants on Castro Street did, but our business was much more valuable than all those restaurants combined.

Starting a new South Indian restaurant is a really hard way to make money. If you lose sight of competitive reality and focus on trivial differentiating factors—maybe you think your naan is superior because of your great-grandmother's recipe—your business is unlikely to survive.

… A monopoly like Google is different. Since it doesn't have to worry about competing with anyone, it has wider latitude to care about its workers, its products and its impact on the wider world. Google's motto—"Don't be evil"—is in part a branding ploy, but it is also characteristic of a kind of business that is successful enough to take ethics seriously without jeopardizing its own existence.

In business, money is either an important thing or it is everything. Monopolists can afford to think about things other than making money; non-monopolists can't. In perfect competition, a business is so focused on today's margins that it can't possibly plan for a long-term future. Only one thing can allow a business to transcend the daily brute struggle for survival: monopoly profits.

… Monopoly is the condition of every successful business. Tolstoy famously opens "Anna Karenina" by observing: "All happy families are alike; each unhappy family is unhappy in its own way." Business is the opposite. All happy companies are different: Each one earns a monopoly by solving a unique problem. All failed companies are the same: They failed to escape competition.

Despite Mr. Thiel's track record of success and the eloquence of his article, we have problems with his hypothesis. Let's use Google as an example. It's one we've mentioned before, here:

In this article we quoted a post at Pando.com that delved into the historical roots of Google's success as follows:

The company funds privacy think tanks, opposes secret wiretaps and has been very critical of government surveillance in the wake of Edward Snowden's NSA leaks …

Google's big principled stance against surveillance is honorable — or it would be, if the company wasn't so deeply involved in the very thing that it claims to be against … Google makes its billions by spying on people for profit: it funnels as much of our online and digital activities through its own networks and compiles detailed dossiers on hundreds of millions of Internet users all over the globe.

But what few people realize is that Google has also been using its wares to enhance and enrich the surveillance operations of the biggest and most powerful intelligence and DoD agencies in the world: NSA, FBI, CIA, DEA and NGA — the whole alphabet soup.

And we're not just talking about giving spies access to Gmail, Google Drive or Google search. Google offers these agencies a whole range of customized services to organize and integrate their vast and disparate intelligence streams. Some of Google's partnerships with the intelligence community are so close and cooperative, and have been going on for so long, that it's not easy to discern where Google Inc ends and government spook operations begin.

This is the issue we have with Mr. Thiel's analysis. He wants us to believe that Google's success came from starting a business that created a natural monopoly. But, in fact, such monopolies are fairly artificial creatures and in the current business environment of the US, success stories like Google mostly seem possible if they support the needs and goals of the military-industrial complex.

Google is also supported by patent law and copyright law. In other words, its intellectual property is protected by the force of the state.

Finally, Google is supported by corporate personhood. Its leaders are not really exposed to bad decisions. They can hide behind the corporate veil and pay corporate penalties for bad decisions instead of suffering personal consequences.

Mr. Thiel wants us to believe that Google's success comes from a natural monopoly. But this is obviously not so. Without the protections of the state, the marketplace itself would have long since diminished Google's astounding success.

Also, there are penalties to be paid when one is protected by the state. Google and other top Silicon Valley firms like Microsoft have the support of the US government but that doesn't extend around the world.

Here, from an article published early this year in The New York Times:

Revelations of N.S.A. Spying Cost U.S. Tech Companies … Microsoft has lost customers, including the government of Brazil. IBM is spending more than a billion dollars to build data centers overseas to reassure foreign customers that their information is safe from prying eyes in the United States government.

And tech companies abroad, from Europe to South America, say they are gaining customers that are shunning United States providers, suspicious because of the revelations by Edward J. Snowden that tied these providers to the National Security Agency's vast surveillance program.

… It is impossible to see now the full economic ramifications of the spying disclosures — in part because most companies are locked in multiyear contracts — but the pieces are beginning to add up as businesses question the trustworthiness of American technology products.

… Despite the tech companies' assertions that they provide information on their customers only when required under law — and not knowingly through a back door — the perception that they enabled the spying program has lingered. "It's clear to every single tech company that this is affecting their bottom line," said Daniel Castro, a senior analyst at the Information Technology and Innovation Foundation, who predicted that the United States cloud computing industry could lose $35 billion by 2016.

Forrester Research, a technology research firm, said the losses could be as high as $180 billion, or 25 percent of industry revenue, based on the size of the cloud computing, web hosting and outsourcing markets and the worst case for damages.

US multinational corporations are not just coddled by the military-industrial complex. All very large US companies are built on exclusionist copyright and patent law, and the judicial force of corporate personhood as well.

Mr. Thiel makes numerous points about the way one goes about being successful in the corporate world circa the 21st century, but it seems to us that he leaves out fundamental "real world" principles.

There is even a fourth statist support, which is a monetary one. The Federal Reserve in particular prints tremendous amounts of money on an ongoing basis, much of which finds its way into the stock market. The nation's largest companies benefit tremendously from these tidal waves of cash that buoy equity prices and credit-worthiness.

This is actually not a recipe for corporate stability in the long term because when taken together, the advantages obtained by companies such as Google and Facebook actually militate AGAINST competitiveness in the long term.

As an investor, especially in this era of the Wall Street Party, one can often pick among giant multinationals with the relative certainty that – absent a market event – a profit may be waiting.

The system that Mr. Thiel is trying to promote does not create natural monopolies but profoundly artificial ones. As the entrepreneurial class is decimated by regulations and taxes, a few impossibly large multinationals take wing, borne aloft by the factors we've just mentioned.

Sorry, Mr. Thiel: The idea that these companies have achieved their success, or at least maintained it, based on a "better idea" is simply misleading.