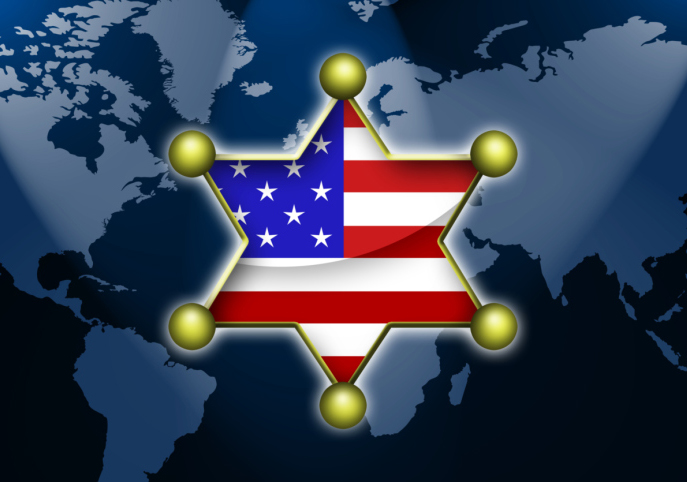 STAFF NEWS & ANALYSIS
A Neo-European Marshall Plan for Europe Is Not a Good Idea
By Staff News & Analysis - February 12, 2015

Dominant Social Theme: The US always protects the free world.

Free-Market Analysis: This article proposes that the US ought to get involved in European affairs as it has "twice before" in the past century.

When the article talks about "involvement," what is considered necessary is apparently a large sum of US cash that will allow Greece in particular to survive an otherwise implosive austerity.

It would be the third time in a century. Will America once more end up having to save the fratricidal Europeans from themselves? In Washington, there is a sense of events spiralling out of control, and of again getting drawn into Europe's centuries old propensity to self destructive madness.

The EU's evident inability to contain the geo-political ambitions of Vladimir Putin may be the most visible of America's latest concerns, but the more immediate danger centres on the stand-off with Greece, which grows uglier by the day. Greece's latest overtures to the Russians make the situation seem more alarming still …

Greece then needs to be supported with a realistically constituted programme of international support, including American and British bilateral loans … After the Second World War, America helped rebuild Europe with Marshall Plan aid. Ironically, a condition of such aid was the reduction of interstate barriers; in a sense, it provided the foundation of the European Union, and for the unprecedented period of European stability and prosperity that followed.

This last graf contains at least one significant questionable statement. Revisionist – free-market – analysis shows it was not the Marshall Plan that pulled Europe out of its post-war depression but the relatively low level of government interference in the private economy.

The Marshall plan, according to some revisionist free-market analysis, was invented and implemented because it would demand some sort of pan-European oversight. The committee it created was reportedly an 18-member Organization for European Economic Cooperation. This eventually morphed into what we today know as the European Union. The real reason for the Marshall Plan was apparently to lay the groundwork for European centralization.

After all, it doesn't make any sense that a broad and massive injection of cash would produce actual wealth building – even given a reduction in "interstate barriers." Wealth building cannot be accomplished by price fixing and that is what an injection of cash – large or small – becomes when applied to a given economy. Asset bubbles certainly will be created – but bubbles do not ordinarily provide sustainable prosperity.

Any kind of "stimulus" creates economic imbalances because it is not being created by competition and market forces but by dirigisme. When the Fed, for instance, sets rates or buys bonds in the market, it is fiddling with marketplace functions – creating losers and winners in a way that the marketplace would not ordinarily provide.

If the economy "expands" it is then announced that a Fed-led "recovery" is underway but this is not so. All the central bank has succeeded in doing via its tampering is reignite a series of asset bubbles. The asset bubbles appear at the high end usually – in stocks, expensive cars, exclusive apartments, yachts, paintings, stamps, etc. and then spread out.

When these valuations begin to soar, this is a clear signal not of "recovery" but asset inflation. We've used this knowledge to announce a Wall Street Party that may be morphing into a worldwide Financial Fiesta. We've also cautioned it is unclear how long such "parties" continue and that some investors may make millions while others will inevitably lose a great deal.

In the case of Europe, what triggered post-war prosperity was likely the relative efficiency of private markets. Government regs, taxes and central-banking policy (in some countries) were less invasive than today because the war had leveled them.

Germany in particular benefited from a lack of centralized planning. Numerous small- and mid-sized firms sprang up in the heart of Germany and many of these still exist today. This is the heart of German prosperity from what we understand and it had little to do with the Allied cash giveaway.

The solution to the larger crisis is not more government monetary activism but a reduction in Brussels's interference on all fronts – monetary, fiscal and regulatory.