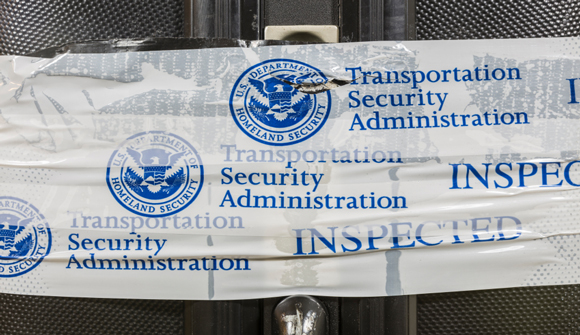 BEIJING – When Li Nanyang flew here from Hong Kong two years ago, she brought something eagerly anticipated by many Chinese historians and thinkers: several dozen copies of her father's memoir. In it, Li Rui, a 98-year-old retired Communist Party official, offered an unvarnished, insider's account of his experiences in the leadership.

But as Ms. Li passed through customs at the airport, the authorities seized the books, an experience shared increasingly by Chinese travelers arriving home.

Though China's censorship of the Internet is widely known, its aggressive efforts to intercept publications being carried into the country have received less notice. Ms. Li hopes to change that with a lawsuit she has filed in Beijing challenging the legality of the airport seizures. – New York Times, April 26, 2015

Publishers like nothing more than to attack censorship. They are right to do so; government attempts to suppress knowledge are always repugnant. Too often, however, the resistance turns into self-righteousness.

The NYT leans in that direction when it reports the Chinese seizure of Ms. Li's books. Those backward Chinese cretins. WE would never countenance this sort of behavior here in the U.S.A. We have the First Amendment!

That's not quite right. To see why, consider another report at Quartz.com from two days earlier.

The German state department warns on its travel website that when you enter the United States, laptops or other electronic storage media may be searched by the US border authorities. At SXSW in Austin, Texas, this year, a Berlin-based attendee told me that he had brought a burner laptop and smartphone to Austin because he didn't trust the US with his data. At first I thought he was being unusually paranoid. Then I asked a number of tech-savvy Germans about this and heard the same thing.

"I have many friends working with information technology who refuse to travel to USA because of the border-crossing-laws," Markus Beckdahl of the blog NetzPolitik tells Quartz. "I wouldn't bring my used devices and would clean all my software to not bring any private communication and passwords."

"I would only take blank gadgets with me with clean hard drives [to the US]," says Biermann. "Many people on the streets are scared by the US. They fear not only the NSA but also the dominance of enterprises like Google and Facebook."

When you arrive from outside the country at a U.S. airport or land crossing, Department of Homeland Security regulations allow agents to seize your electronic devices and copy whatever data they contain. They don't need a reason – or a search warrant.

The government's position is that entering the U.S. is not a constitutional right, even if you are an American citizen. You have to accept their conditions – like having your data confiscated or copied.

Foreigners, like the Germans that Quartz mentions, apparently get extra scrutiny. To no surprise, they don't like it and visit the U.S. reluctantly, if at all.

This leads us to two conclusions. First, the NYT can look right across town at JFK if they want to report about airport censorship. The Beijing incident is certainly newsworthy, but so is equivalent behavior by our own government.

Second, both the U.S. and Chinese governments should rethink these policies. They claim to want a globalized economy, but discouraging business people from crossing their borders doesn't help. Imagine the cumulative impact of the millions of business people who don't travel to the U.S. or China, or do so without the devices and data they normally take on business trips.

The costs add up over time. If, as the Obama administration claims, it wants to promote "free trade," letting foreign data freely enter the country would be a good start.