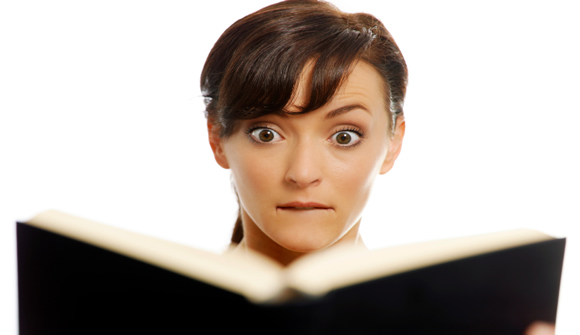 STAFF NEWS & ANALYSIS
A Tale of Two Memes – and How Our VESTS Analysis Anticipates Them
By Staff News & Analysis - March 25, 2015

Ford's new car will force you to obey the speed limit … Much as we'd like to emulate our NASCAR heroes, breaking the speed limit often comes at a price. Ford is hoping to prevent accidents and speeding tickets by introducing cars that can see what the speed limit is and preventing heavy-footed motorists from driving any faster. Ford's Intelligent Speed Limiter tech will first appear on the new Ford S-Max that's launching in Europe that could just change the way that we drive. – Engadget

Dominant Social Themes: These aren't memes. They're simply the evolution of certain trends. Don't read any more into them.

Free-Market Analysis: What we call "memes," the mainstream media might term "trends."

There are two examples in this analysis: self-driving cars and water shortages. We've identified both as having elements involving government and corporate control. In other words, these are not merely trends but the expression of the will of dominant international elites.

The meme of the self-driving car is an easy one to observe. There is no great uprising of consumer desire for a car that drives itself – especially an electrical one with a constrained range and questionable power.

Yet this is where major automobile companies are headed – and almost in lockstep. Electric cars have fizzled just as they did in the 1970s, but enormous efforts continue to be expended on them.

And that's probably because the goal is not to give people "what they want," but to provide people with a vehicle that is controlled not by the individual but by the authorizing facility – either the car company or the government or both.

Another meme, in our view, has to do with scarcity – and it's one we've reported on a number of times. A recent article provided by MyWayNews entitled "UN warns world could have 40 percent water shortfall by 2030" supports this observation.

The world could suffer a 40 percent shortfall in water in just 15 years unless countries dramatically change their use of the resource, a U.N. report warned Friday.

Many underground water reserves are already running low, while rainfall patterns are predicted to become more erratic with climate change. As the world's population grows to an expected 9 billion by 2050, more groundwater will be needed for farming, industry and personal consumption.

The report predicts global water demand will increase 55 percent by 2050, while reserves dwindle. If current usage trends don't change, the world will have only 60 percent of the water it needs in 2030, it said.

Having less available water risks catastrophe on many fronts: crops could fail, ecosystems could break down, industries could collapse, disease and poverty could worsen, and violent conflicts over access to water could become more frequent.

Those producing such reports may be well-meaning but the result is a scarcity promotion nonetheless, one that inevitably demands more global control – taxes, regulation, etc.

There are many such trends – or memes – and in order to make sense of them, The Daily Bell developed VESTS, which postulates such memes are not necessarily coincidental but may be aimed at consolidating elite global power.

Figure out which elite memes stand a chance of being successful and you can anticipate their ramifications and even profit from their implementation or – on occasion – their failure.

So where do we stand on the driverless car meme versus water scarcity? We would expect that neither will progress as fast as elites would like. As we pointed out in another analysis, the regulatory and insurance environment is complicated when it comes to driverless cars. And even the technology – assuming such cars will be electric – has a long ways to go.

Water scarcity is also a questionable meme. There's so much water in the world that promoting this successfully seems to us to be a fairly gargantuan task, similar to convincing the world that the global atmosphere is warming when it probably isn't.

It is the Internet itself that is providing pushback to these sorts of memes – many of which were more successful in the 20th century than the 21st. Of course, more challenging times hasn't stopped these memes from being produced or promoted.

Whether you believe these are memes deliberately circulated for various manipulative purposes or trends that emerge naturally from the hurly-burly of the modern world, we'd argue they are most important to follow and respond to.