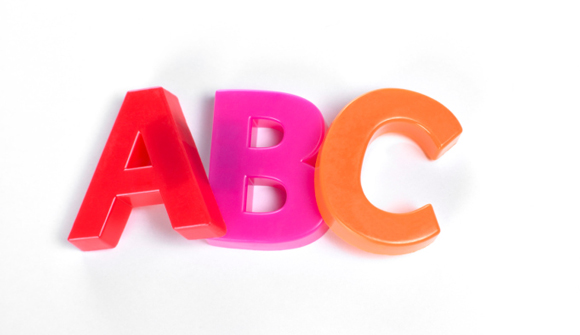 The world's next credit crunch could make 2008 look like a hiccup. Is this why central bankers are so scared of raising interest rates? – Telegraph

Dominant Social Theme: Markets go up and down. Not to worry.

Free-Market Analysis: This is a good analysis of what could go wrong with world markets (especially Western and US ones) and why … It touches on a number of memes: Sort through them to better understand what's taking place, or what could take place – and could not.

Maybe it's too quiet. Last week, Ray Dalio, the founder of the $165bn (£110bn) hedge fund Bridgewater Associates, wrote a widely-circulated note warning his clients that the US Federal Reserve risked setting off a 1937-style crash when it starts raising interest rates again.

Dalio provides us with a grim forecast here, and also offers us a question. Can even a modest rate increase destabilize markets worldwide? Are they that fragile? And what about vaunted central bank interference in the marketplace, not to mention the "plunge protection team"?

With all the buying power at its disposal, does not the Fed along with other central banks have the wherewithal to conquer any sudden downturn at least in the short term?

The article briefly reviews central banking's history, and the Fed in particular. It indicates that the central bank "had spent years printing money in order to help the American economy recover from the 1929 crash."

We're not quite sure what that means, but the article then recovers with an entirely comprehensible statement, quoting Mr. Dalio as saying, "We don't know – nor does the Fed – exactly how much tightening will knock over the apple cart."

The article points out that the "policy and regulatory response[s] to the last crisis often sow … the seeds for the next." It also makes the point that in 1937 "the US was, economically speaking, an island, entire of itself." We are informed that "thanks to globalization," the US is now smack in the middle of the mainstream.

This begs the question: Why globalize in the first place if it only increases dangerous financial instability? Christine Lagarde, the head of the International Monetary Fund, sees the danger.

The article points out that she mentioned concerns in India and other countries that have borrowed dollars. A rate increase could raise the carrying costs significantly and contribute to international volatility.

And here's a good point: In 1937, equity markets were of paramount importance. Today, debt markets are much bigger – and derivatives markets are the biggest of all.

We disagree with these figures. We have read repeatedly that total derivatives are in excess of 1,000 trillion. We also disagree with another statement in the article – that "the derivatives market is the not the vast roulette table of popular perception." (We sorta believe it is.)

The article calls these instruments "essentially insurance policies." But we recall the fool-proof portfolio insurance of the 1980s. When the market crashed in 1987, such "insurance" didn't work at all.

The reason for the dysfunction is that when markets are dropping hundreds and thousands of points, the general chaos overwhelms the market, and the market seizes up.

What works well on paper doesn't work at all in real life. To its credit, the article goes on to admit this possibility …

What could go wrong? Let's say that US interest rates do rise sooner and faster than the market expects. That means bond prices, which always move in the opposite direction to yields, will plummet. US Treasury bonds are like a mountain guide to which most other global securities are roped – if they fall, they take everything else with them.

Who will get hurt? Everyone. But it'll likely be the world's banks, where even little mistakes can create big problems, that suffer the most pain. The European Banking Authority estimates that the average large European lender still has 27 times more assets than it does equity. This means that if the stuff on their balance sheets (including bonds and other securities priced off Treasury yields) turns out to be worth just 3.7pc less than was assumed, it will be time to order in the pizzas for late night discussions about bail-outs.

There is such a thing as counterparty risk. When markets are moving down fast, stress builds and rumors blossom. A bank thought to be creditworthy in the morning may be considered bankrupt in the afternoon. Thus, its derivative guarantees can amount to virtually nothing in the space of a single day.

The article ends by stating, "Regulators are clearly worried" and have thus demanded greater "transparency." Transparency is supposed to do … what? Make it easier to watch an unraveling market?

Here's our prediction: For the near future – for an indeterminate period of time – this market will continue to provide big profits for some. But sooner or later it's going to go down hard. It's probably too big even for central banks to prop up if it collapses hard and takes down the 1,000 trillion dollar derivatives market with it.

The article concludes, "It doesn't take a soothsayer to foretell that taxpayers would, yet again, have to clean up the mess." But our point would be when this particular market unravels, the "mess" may be too big to clean up. It may be time to begin again – perhaps with a more globalized financial structure.

And maybe that's the point.