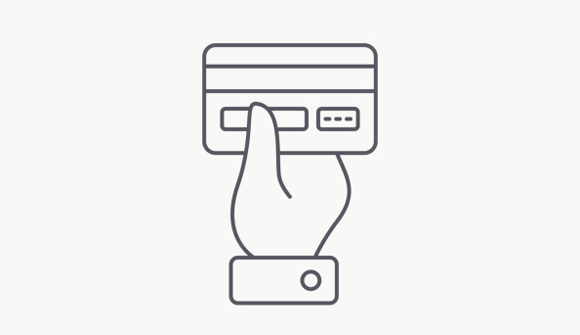 Free-Market Analysis: We've pointed out a number of times recently that the cashless meme seems to be advancing apace. In fact, in our view, the drum-roll of incandescent financial disasters clogging the front pages of major media channels can increasingly be linked to "cashlessness."

The worse things sound, the more incentives governments have to promote radical change by removing bills and non-precious metals specie from society. Within this context even this little squib of a story provides a reminder of larger agendas.

We can remember a time when Brazil was being held up as one of the success stories of the Western 20th century. We were witness to a stunning emergence of a nation of 200 million impoverished people into the 21st century.

It wasn't just Brazil, but all the BRICs – Russia, China and India as well. These were countries where the transformative miracle of modern Keynesian economics had acted as a kind of rocket fuel.

In fact during the early 2000s and to a lesser degree even after the Great Recession had struck the West, we were informed by Western media of the stirring accomplishments of the BRICs and of China in particular.

Here at The Daily Bell, and not being fans of Keynes or monopoly central banking, we had a hard time accepting the meme of BRICs rising. The more closely we looked at the BRICs "miracle" the more it seemed to us that it was a promotional affair, one that sought to support the Keynesian meme by maintaining that modern capitalism was a device for vanquishing poverty.

In fact, central banking is the nuclear weapon in the arsenal of modern socialism. Detonate it and you can create almost unimaginable consequences.

China is actually the best example. Borne up on immense tides of central bank money printing, ChiCom officials terraformed China, creating vast cities with the most modern materials and physically transforming an age-old culture by moving hundreds of millions from the country to the city.

At first, as do all things Keynesian, this looked like an immense success, but monopoly money printing always overshoots. After a while the excesses started to become obvious. For one thing, modern Chinese factory jobs might not be seen as such an advance over what was available to the rural famer who at least worked out of doors.

But worse than the evolving claustrophobic and merciless working conditions was the gradual emergence of whole empty cities and almost endless skyline of empty skyscrapers. Today, we are reading about how some of these skyscrapers are now being demolished and doubtless tomorrow we will read about how whole empty cities are being razed – like Carthage except without a war.

The BRICs promotion is probably over, from our perspective, or at least considerably damped. But globalist promotions never really die; they just morph. Having created BRIC disasters via extraordinary money printing, we will now be exposed to the endless, hopeless decline of what was once to be touted as BRICs's prosperity.

This, we could argue, is amply illustrated by this Business Insider article on Brazil's violent decline. Gone are stories about Brazil as a world-class BRIC leader. Now we learn that Brazil is simply some sort of "drug war" outpost and that its cities are at a "boiling" point.

In fact, the "miracle" of modern Western capital probably never did lift Brazil up – or not to the degree that we were told. And it is just as probable that Brazil's violent cities have been that way for a long time.

But if we are correct, this will be a growing meme, along with bank buy-ins and the emotional and economic cost of this larger, upcoming recession. Here's the money pitch:

"Narcotics are the biggest black market earner of all. Estimated to be worth more than three hundred billion dollars a year, the global industry has pumped huge resources into criminal empires decade after decade," wrote Ioan Grillo the author of "Gangster Warlords: Drug Dollars, Killing Fields, and the New Politics of Latin America."

This is similar to a sentiment that we presented in a recent Daily Bell post, "Bamboozlement of Bank Runs as World Goes Cashless." Here's a brief but telling excerpt:

More from the Times: "DNB has said 60 per cent of Norwegian cash usage is out of government control and is being used in money laundering schemes and black market deals."

The article was about the call by Norways's biggest bank, DNB, to "end cash" and the justification advanced was that cash was a major cause of corruption in Norway's cities.

In the article, we quoted author Michael Snyder on the conflation between cash and criminality:

… Snyder points out that, "They … are selling this as a way to crack down on criminals and money launderers, but in the end, the truth is that they want to be able to force everyone in society to use the banks and it would enable them to collect fees on almost every transaction."

Within this context we can certainly question the appearance of this little squib of a story. Is it merely an evanescent glimmer of "news" on a slow day … or part of the emergence of a modern meme?

Will we now begin to read about the endless corruption and horror of BRIC cities that only a few years ago were evidence of the miracle of central banking and the wisdom of Western officialdom generally?

Brazil was a shining success story once upon a time and now it is a cesspool of out-of-control criminality? Certainly such a speculation may sound a bit extreme and even paranoid, but so much has emerged in this Internet era about the ways that elite memes are created and circulated that we are alert to even the most subtle changes of tone.

And, of course, we'd argue this is not merely a theoretical exercise: Often the detection of a meme can provide an advance warning for legislation, surges of Wall Street funding and even diplomatic or military action.

Conclusion: Identification of dominant social themes helps us understand how modern society works. Accept even its possibility and you may provide yourself with an additional valuable tool.