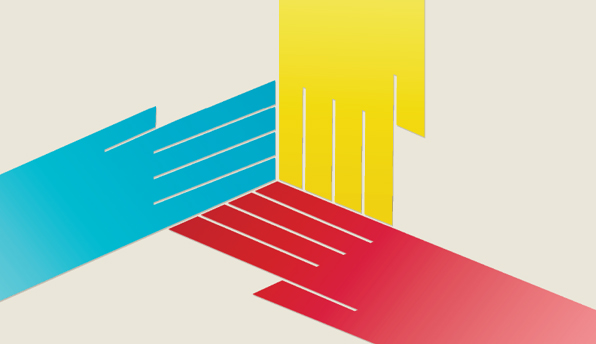 Why North America is stronger than its parts … Twenty years ago NAFTA, the most ambitious free trade agreement negotiation of its time, gave birth to a profound transformation of the economies and the regional value chains of Mexico, the United States and Canada. Trade dramatically changed the relationship between the three countries, though asymmetries of power and economic vitality persist. This week, at the North American Leaders Summit in Toluca, Mexico, Presidents Obama and Peña Nieto, together with Canadian Prime Minister Stephen Harper, continued a dialogue about trade, economic growth and the energy revolution in North America. A priority for all parties should be the continued economic integration of the three countries — the region's greatest hope for job creation and prosperity. – Reuters

Dominant Social Theme: We three presidents only discussed a closer merger of our three states because it came up as a topic of conversation. We weren't considering discussing a closer NAU in advance. But it's just a natural thing to talk about. And, yes, perhaps it is a good idea to merge Canada, the US and Mexico. But those who think such discussions are the result of a preordained globalist plot to keep combining countries are just conspiracy theorists. You don't want to be one of them, do you? So stop speculating. If we're talking about such things it's only because they make sense, not because we're active puppets participating in a system of directed history. Do you really think that? You're mighty paranoid, eh? …

Free-Market Analysis: Well, color us paranoid (regularly). We don't find the above discussion of the advantages of a "closer" North American Union to be coincidental in any manner, shape or form.

Now, from our perspective, the true reasons for NAFTA and CAFTA become clearer. Those who engineered these treaties didn't do so to enhance the "free market."No, these treaties were apparently developed to illustrate – once they'd matured – how closer ties between Canada, Mexico and the US could benefit all three nations.

The article itself (more below) is crammed with statistics showing what a boon NAFTA has been to both the US and Mexico. In fact, the US has about a 30 percent unemployment rate and 50 million on food stamps. The US is in a bust not a boom and part of the blame can be laid at the feet of these destructive treaties that constitute "managed trade," not "free trade." You won't come away with that insight from the article, though.

But beyond the importance of North America as a marketplace, NAFTA led to one of the most significant trade realignments of any economic bloc: today, Mexico, the United States and Canada have become partners in manufacturing.

… These integrated supply and production chains are the true competitive advantage of North America. Government officials, elected politicians, corporations, and trade associations alike should acknowledge, and publicly articulate, that we are no longer exporting U.S., Canadian or Mexican goods. Rather, we are exporting North American goods and need to promote "Buy North American."

… Borders need to function like membranes, filtering the "bad" stuff out (narcotics, guns, terrorists), while allowing the "good" stuff to pass through (goods and products, transportation, tourists and businesspeople). Outdated border infrastructure and insufficient budgets for state of the art, 21st century technology to ensure secure but efficient customs inspection processes have taken a serious toll on trans-border trade flows.

In this regard, accelerating pre-inspection and pre-clearance processes before goods reach our borders would go a long way to facilitate trade. The regional trusted traveler program, which was agreed upon during this week's summit in Toluca, is also extremely important and will be a boon to business and investment.

And given our shared production platform, efficient logistics — such as containers that can be loaded in Canada, cleared through customs, and transported straight across the U.S. to Mexico — would also be key for the region's competitiveness and for the seamless and secure movement of goods across borders. Reviewing and eliminating all restrictions on transportation and services, and forging new North American trade and transportation corridors would dramatically enhance North American competitiveness.

… As the United States once again looks to foreign markets to promote economic growth and job creation, it would do well to fully recognize that the greatest opportunity — and the future — lies in North America.

We've quoted so much of this article because it is truly an exercise in what we call directed history. Having crushed many world economies via monopoly central banking – and the booms and busts it creates – the power elite now makes the case that only regional unity can provide the synergies necessary to reaffirm prosperity.

We observed this recently in an article entitled, "Sly McConnell Supports the NAU?" … a commentary on an editorial by Senate Minority Leader Mitch McConnell posted at Reuters in which he made the following point:

… Paring back regulations, tapping into vast domestic energy resources through projects like the Keystone XL pipeline, and putting the nation's finances on a more solid footing, just to name a few [provide prosperity].

We found it interesting that McConnell utilized the Keystone pipeline as an example of capitalist enterprise. The pipeline tracks a previous highway and rail system that was intended to cut through the heartland of the US and according to critics would basically balkanize the US with a vast artificial barrier.

This is, in fact, what happened to Bronx, once New York's great borough, when a thruway was built through it. The Bronx simply melted into decay, graffiti and hopelessness. When economic regions are violated by such large corridors the damage can be immense.

Either McConnell was unaware of the controversy – not likely – or he was deliberately promoting Keystone as a free-market construct, which it evidently and obviously is not.

The pipeline is one more attempt to further an NAU agenda, and McConnell's sly reference to it as well as his backing is yet further "directed history."

So is this Reuters editorial. Always such vast promotions are painstakingly prepared via economic manipulation and carefully massaged results. In this case, the preparation included NAFTA and CAFTA. The results are cited as logical reasons why further unification between three great countries is needed.

But it is not needed. Just because two terrible treaties featuring "managed trade" were rammed through Congress doesn't mean that the market has benefitted. The US's corporate, multinational sector may have benefitted, but that is not the same as creating benefits for the larger economy.

This sort of managed trade is nothing but "price fixing" – forcing people to trade one way instead of another. It can never be successful because this kind of state force ultimately distorts the marketplace and subtracts more than it adds.

This Reuters article is trying to convince us that forcing people to trade with each other in a certain way is ultimately healthy and beneficial. The corollary argument is that further manipulation of the marketplace is even BETTER. The agenda, however, is clear: Only a globalist elite benefits from this kind of economic crackpottery.

It is no coincidence that this editorial appears in such a transparently internationalist newswire as Reuters. Nor is it any coincidence that in a series of recent articles we pointed out that the NAU was back on the proverbial menu and would certainly be promoted as part of this latest "Three Amigos" summit.

The article also makes mention of an expanded "trusted travelers" program that we have warned about in past articles. Using the war on terror as a justification, governments are increasingly implementing programs that allow officials to pick who is worthy of traveling and who is not.

How come we're correct in so many of our predictions? Because we understand the globalist paradigm and its dominant social themes, and have put this understanding to work with High Alert Investment Management.

The elites have long been confident that no one would perceive the vast scale of their promotions or their, frankly, murderous cynicism. But we do understand and intend to initiate practical programs to take advantage of this illumination.