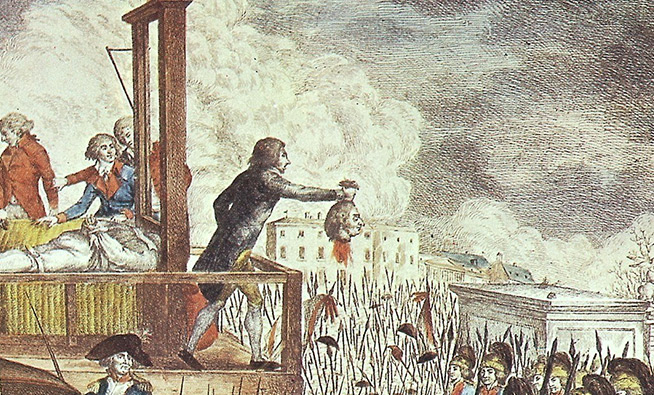 “When it can be said by any country in the world, my poor are happy, neither ignorance nor distress is to be found among them, my jails are empty of prisoners, my streets of beggars, the aged are not in want, the taxes are not oppressive, the rational world is my friend because I am the friend of happiness. When these things can be said, then may that country boast its constitution and government.”

In the modern era, advertisers and lawyers are more popular among the American public than the government that it theoretically selects through voting. Trust in the institutions that the economy and society rely on is at an all-time low.

Congress currently has an 18% approval rating. In a Gallup Poll from August-September 2020, just 9% of American respondents said they have a “great deal” of trust in the corporate media.

The federal government has the lowest rating of any “industry” in the US. A mere 30% of the American public trusts the politicians and the bureaucracies that they manage – the absolute bottom of the barrel in the rankings. The pharmaceutical industry is next to last; only 34% of normal Americans have a positive image of big pharma.

A far cry from the apple-pie lessons of civics class, survey results like this are jaw-dropping. If we had a representative government, they would be cause for alarm among the governing class.

How could it be that real estate brokers are more popular than elected officials? Or that lawyers are more respected than drug manufacturers responsible for producing life-or-death healthcare solutions?

Alas, public opinion has no effect on policy – and, as the numbers show, no effect on electability. Despite Congress having an abysmal 18% approval rating, the Swamp Creatures who make up its ranks enjoy a 91% re-election rate. 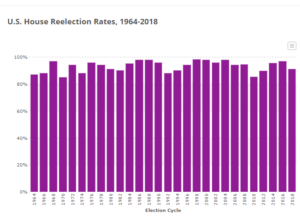 Those figures contradict democratic theory at its core: it doesn’t matter how unpopular the ruling class is; they stay in power year after year, administration after administration, regardless of what they deliver in terms of policy to the public they are supposed to serve.

The West, with the United States as its spearhead, is in rapid cultural decay. We are witnessing the dying gasps of a dying Empire – and the population that is going down with it.

Denialism is a hell of a drug. On some level or another, though, even the most starry-eyed believers in good governance know that the jig is up. Clever politicians, in fact, intuitively sense and play on that despair  – i.e., “Drain the Swamp,” “Fake News,” “Make America Great Again.”

Establishment corporate media would never explore the true phenomenon of nihilistic rage among the GOP base (and the American public as a whole) that propelled Donald Trump beyond every competitor in the 2015/2016 primary field and then onto the presidency.

Instead, they reassure themselves that it was latent racism — a “whitelash,” as CNN pundit Van Jones called it – triggered by a black man in the White House for 8 years. Unfortunately, this variety of superficial, lazy analysis is the oligarch’s go-to move. “Just call all of your critics racist and wash your hands of it” – the ruling class ethos.

How, then, might one explain the fact that Trump, despite his massive shortcomings in office, remains in the top position for a 2024 presidential run, edging out the long line of standard DC Swamp creatures eager to take his place? 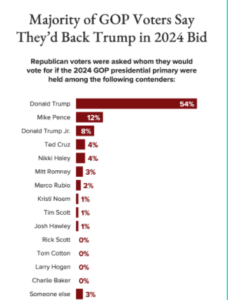 It should be obvious that American voters want Trump not for his great oratory skills, his personal moral integrity, or the delusional optimism that standard GOP and DNC politicians are coached to convey.

Voters want a president in the White House who expresses their anger, pain, and – most poignantly, their nagging sensation that the American dream is dead.

Rather than particularly liking Trump as a personal hero, most of the American public that voted for him in 2016 and again in 2020 did so because they hate the corrupt political establishment that hates Trump.

Ironically for the corporate media, the more that they attacked and lampooned the president – as they did relentlessly both before and after his 2016 election – the more they fanned the flames of his support.

The DC and Manhattan technocrats can’t understand the direct correlation between their hatred of Donald Trump and his popularity among normal Americans because they exist in a different reality.

When the thunderous “Lock Her Up” chants broke out at seemingly every rally the MAGA icon put on, the subversive call to challenge the elite of the elite was irresistible – precisely because the public increasingly understands that Hillary Clinton and the entire roster of the ruling class have gotten away with murder for decades.

We want blood. And we want it from the blade of a guillotine. 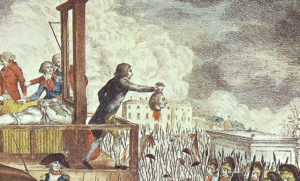 How did we get here? Certainly, there is blame to go around. Truth be told, none of us is innocent.

Patriotic propaganda handicapped our perception of the true backwards, self-serving nature of our political system. The modest material comforts afforded to the middle class lured us into apathy. And, arguably most importantly, fatalistic nihilism churned out by the media subtly assured us there is nothing we can do to face down the social engineers at the helm.

On their face, the aforementioned public polls (one after the other) demonstrate that the US government has failed the litmus test of legitimacy – we live under the boot of a failed state, full-stop.

The time is ripe for a cleansing. All of them need to go – the lawyer-heavy Congress, the bankers, the pharmaceutical oligarchs, the health insurance scammers, the military brass, the intelligentsia. All of them.

The Tree of Liberty must be watered with the blood of tyrants.