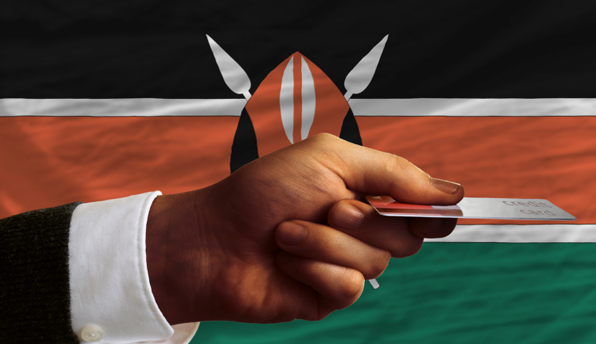 Twitter Africa: The Richest Region For Young Workers And Consumers … Africa does not have the wealth that has piled up on the North American and European continents over many centuries. But it does have something richer regions now lack: lots of young people. While other continents have aging populations, Africa is giving birth to a new generation of consumers and workers. Sub-Saharan Africa is the youngest region in the world, with 43 percent of its population under age 15. In Europe, only about 16 percent of the population is that young, and in the United States, the figure is about 20 percent, according to the Population Reference Bureau. That's why the theme of the U.S.-Africa Leaders Summit, which kicked off Monday in Washington, is "Investing in the Next Generation." – NPR

Dominant Social Theme: Africa is rising. Honestly, it is …

Free-Market Analysis: We started following this Africa Rising meme long ago, and we've watched its construction closely. It began with a murmur and now has turned into a roar. This week, the White House hosts African leaders along with the Anglosphere's top multinationals, as we can see from this NPR article.

We're supposed to believe that the "discovery" of Africa as the next, great business frontier is a gradual one, unorchestrated, and that the current goings-on are somehow spontaneous. But as we've tried to show in numerous other articles on this topic, the Africa Rising meme is just more Anglosphere "directed history."

Here's more from the NPR article:

At the three-day, White House-sponsored gathering, leaders from nearly 50 African nations will be meeting with U.S. business executives, as well as with President Obama and officials from the Commerce Department, U.S. Trade Representative's office and the State Department.

"We need technology, equipment and tools" to build the infrastructure for a rising generation, said Robert Sichinga, minister for commerce, trade and industry for Zambia. Scores of African leaders gather in Washington this week at an unprecedented summit organized by President Obama.

Sichinga was at the World Bank on Monday morning as African trade ministers began arriving to hear from U.S. Trade Representative Michael Froman and Secretary of State John Kerry. Over a buffet of berries, melon and pastries, ministers talked up their continent as the place to do business in the 21st century.

Sichinga said Zambia wants to sell as much copper and gemstones as possible to U.S. customers. With the dollars they earn, Zambians will turn around and purchase U.S.-made goods — "everything we need for construction and high-tech," he said. "We need trade."

Kerry addressed the ministers, saying the summit will raise awareness of the business opportunities on a continent brimming with 200 million people between the ages of 15 and 24. He noted that many of those future workers already have mobile phones, making it easier for them to move into the global economy.

"Everybody is connected to everybody every moment of the day, and that is changing the way people think. It's changing their sense of possibilities," he said. Even as Kerry was addressing the group, General Electric was announcing its plans to invest another $2 billion in Africa by 2018.

"Africa is one of the most important growth areas, purely from an economic standpoint," Chief Executive Officer Jeff Immelt said at a media event announcing GE's investment in the continent. Immelt said that in 2000, his company's sales in Africa were "almost zero."

That has changed dramatically, and just last year, GE's revenue from Africa hit $5.2 billion. In Africa, GE is involved in supplying a wide range of products, including locomotives, aircraft engines and gas turbines for power plants. On Tuesday, the Commerce Department will hold a daylong event where CEOs, including Immelt, will speak directly to African leaders.

Many other major U.S. corporations, such as Caterpillar, Wal-Mart, Coca-Cola and IBM, are sending their CEOs. Their presence underscores the shift in how Africa is perceived by U.S. businesses. Traditionally, Africa was a place for extracting natural resources, from oil to gold. But the focus now is on developing a full range of sectors, including manufacturing, retail, hospitality and financial services.

You have to read between the lines here to get a sense of the scale of this promotion. We've already explained the deals that were surely made between Japan and China and the West over the past 30 years. These deals involved central bank money printing that allowed Japan and China to purchase US Treasuries, thus funding the US debt.

In return, US officials worked behind the scenes to make sure first Japanese and then Chinese products were available to US consumers. It was a kind of "virtuous" circle. The US was able to live on borrowed money and that money circulated among consumers, enabling the purchase of foreign goods that then generated additional capital and industrial spending in those countries – that allowed additional goods and services to pour into the West.

These strategies were sequential, so far as we can tell: first Japan and then China and were persuaded to generate massive overprinting of the yen and then the yuan.

In Japan, the overprinting got so bad that the palace of the Emperor was at one time worth more than the entire state of California! This couldn't go on, and indeed, in the late 1980s, the faux-economy of Japan collapsed and the stock market subsided and has never since reached its dizzying '80s heights.

The same thing is going on in China now, which is one reason that we have been comfortable in predicting that China's economy will meet the same fate as Japan's. Since China is much bigger than Japan and its poverty was so much more extreme, monetary stimulation has taken longer to undermine China, but it will likely happen sooner or later.

In the meantime, Wall Street analysts and mainstream reporters burble on about the "Chinese Miracle" just as they once prated about the invincibility of Japanese industry and the "Japanese way." There was a virtual cottage industry in the 1980s that involved printing books about how Japan's homogenous culture helped give it an advantage over the West – one that was supported by government activism involving tariffs and taxes.

Anyway, Japan is no more, or certainly not what it was. China is teetering on Japan's fate … and Africa is thus entering stage left. Africa doesn't have a cohesive central bank and many of its more tribal cultures will be resistant to being jammed into stifling factories performing rote work that produces dolls, pens and coffee mugs – and then later on, as the process ratchets up, small cars, light trucks and various forms of computer hardware. But no matter. This is the fate that the West has in mind for Africa's "developing" economies.

There will be some new wrinkles, though.

We get a sense from the NPR article that the globalists behind this sort of directed economic history intend to compensate for Africa's lack of industrial cohesion and the lack of a single, overarching central bank.

Sichinga said Zambia wants to sell as much copper and gemstones as possible to U.S. customers. With the dollars they earn, Zambians will turn around and purchase U.S.-made goods — "everything we need for construction and high-tech," he said. "We need trade."

This may be key. Unlike Japan and China, Africa will not merely print currencies to buy dollars. African countries may begin by selling raw materials to multinationals and then recycle dollars to begin to build a consumer infrastructure that can allow Africa to take the next step of producing consumer items directly for sale to the West. At some point in all this recycling of goods, services and industrial development, African countries will surely start buying US Treasuries at a rapid clip.

Don't be surprised to find in a decade – or maybe less – that Zambia, or South Africa, or Kenya, or Nigeria own billions, perhaps hundreds of billions of dollars of US debt (or somebody's debt).

Of course, all the weary tropes will be trotted out … We will we be instructed that African tribal culture has allowed African countries to make better industrial decisions more quickly than the West. We will read articles about the "African Miracle" and be treated to an endless flood of profiles about how the Western model of industrialization is enfranchising African women, ending genital mutilation, feeding hundreds of millions and generally bringing prosperity to places where only a generation ago there was miserable poverty.

In fact, Africa is hopelessly corrupt, and it is a measure of the desperation of Western elites that they seek to swap in Africa for China and Japan. Nonetheless, the trend is clear and we've documented it extensively.

From the West's perspective, there are positives about "Africa Rising" that have nothing to do with the success or failure of the larger strategies. The convulsive money printing that accompanies these strategies inevitably and ruthlessly reshapes economies.

In a decade, if this program is successful, one shall not recognize Africa or Africans. Their landscape shall be dotted with KFC outlets, their stores shall offer a hundred different shades of soda pop and in place of jungle, thickets of world-spanning banks will be rising in dozens of African cities – as they have already done in countries like Kenya.

And speaking of Kenya, one of that country's biggest success stories is the emergence of the Safari brand, which supports Kenya's mobile phone industry. But not more than a year ago (as we recall), we managed to trace the "real" ownership of Safari back to Britain. Kenya's biggest high-tech success story is actually a British proprietorship.

And so it goes. The "African Miracle," if it occurs, will be more "smoke and mirrors." The real purpose is not to ensure that "capitalism" supports expanded prosperity, as modern capitalism, due to its cyclical nature, can't and won't. But what WILL happen is that the Western industrial model will be firmly entrenched in large swaths of Africa, just as it has been entrenched in Japan and China. That's the real point of this exercise.

Frustratingly, much of the "prosperity" brought to Africa (as with Japan and eventually China) will begin to ebb away; asset bubbles will expand and contract horrifically and the twin scourges of modern capitalism – corporate personhood and monopoly central banking – will take their toll.

Just as in Japan, and soon enough China, most average consumers will be left struggling with the aftermath of asset bubbles, ruinous declines in wealth and frightening spikes in price inflation. Gone will be the rural life of many tribal African societies and the four-hour subsistence workday that went with it. Instead, Africans will find themselves working one, two or even three jobs – if they can find them – with little pay and less security.

All this is still in the future. For those with an eye for investing, the Africa Rising meme may offer some truly vast money-making opportunities, just as China has. But again, the end game is not African prosperity but Western industrial dominance that builds Africa, and perhaps East Asia, into a single marketplace capable of "competing" with the European Union and the soon-to-be-established North American Union.

Africa rising? The hype is roaring – let's see if reality measures up …