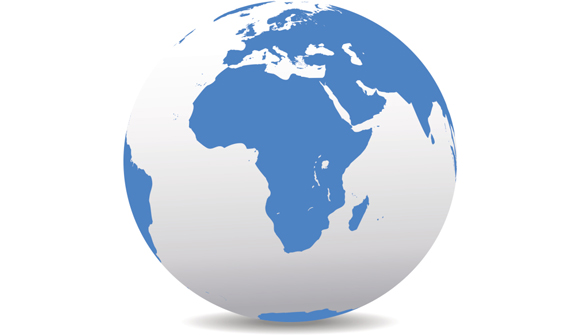 Across the world there is a war being waged against cash. Driven in part by increasingly bankrupt banks – some of which are quasi-governmental themselves – governments are thinking of ways to extract the last dollar from their taxpayers.

Of course, in order to swell their coffers, governments have to be better at finding additional tax targets. And so the anti-cash drum-roll commences. It can take many forms including the study mentioned above, written late last year and reported on by the Daily Nation.

There is no doubt that e-commerce services are efficient and consumer friendly. But there is also no doubt that such solutions give governments increased power to spy and snoop. European anti-cash moves have been much in the news lately, but in Africa, one of the latest battlefields is Kenya.

Almost any elite promotion usually descends on Africa in its formative stages because African leaders are among the most corrupt, venal and fearful in the world and will move their societies toward the goals demanded of them. The ones that won't, like Muammar Gaddafi, are murdered.

A larger promotion that we have written about a lot is "Africa Rising." Kenya and South Africa are leaders, when it comes to implanting this elite promotion. Indeed, Africa is rising – along the lines mandated by the West's elite bankers.

Just like China, Africa is to expand within the context of failed Western economic technology: central banking and all that price-fixing and economic distortion that entails. And "cashless" societies are a part of this exploitative enterprise.

The Corbett Report recently listed countries that are leaders in the cashless movement. The list includes Canada, Denmark, France, India, Israel, Norway and Sweden – among others.

But add Africa, and specifically Kenya.

Kenyans use digital technology provided by such companies as Safaricom to pay bills and make other transactions. Safaricom is a Kenyan success story. But when we checked, we found out it's actually a UK company. Were we surprised? No.

Some would say that Africa is not a big deal from a worldwide economic standpoint, except as a supplier of commodities. But the banking class often tries out its most authoritarian enterprises in Africa first because there is little cultural resistance. It's a test bed of soft fascist experiments.

And make no mistake, cashlessness, for all its stated virtues, is perfectly fascist. It's just another elite-sponsored movement to strip people of the ability to conduct their business privately and hand it over to governments and the multinational banking facade.

In a cashless society, every single transaction would be available to government scrutiny. Laughably, we've read articles asserting solemnly that while there is a privacy "risk" regarding cashlessness, it could be fixed via judicial activism.

In other words, legislation would be passed forbidding intelligence operations to access citizen accounts without express permission. If said intel agencies transgressed, the courts would get involved and make sure the transgressions ceased.

Along these lines, we've got a bridge in Brooklyn to sell you.

The idea that the West's top intel agencies wouldn't peer into people's transactional lives at will is absurd. The CIA, MI6, the Mossad and other top intel agencies do what they want. And if you seriously try to stop them, they either blackmail you or kill you.

Western societies are basically run by these intelligence agencies. In order to BECOME a legislator or judge in Western countries, you have to submit to a background check. That means you have to open up your life to "their" scrutiny.

And these intel agencies don't report to the countries in which they are lodged. They report to a global, Western banking elite. That's obvious. It's part of the disconnect between voters and their legislators.

It's the reason for serial wars, the penal-industrial complex and the endless unraveling of Western economies. It's all supposed to be this way. It's planned.

The idea is to create enough chaos and poverty so that people will virtually beg for a solution: Even banker-run globalism will seem like a positive alternative to starving in the dark.

We're living in an "us" versus "them" world. It's unfortunate, but true. Elites want a cashless society because as globalism fails upward, it demands ever-increasing control of people's personal lives.

There's nothing wrong with internationalization, of course. But there is a big difference between a private evolution of global business and one driven and controlled by the banking class.

The former is a free-market development; the latter is a horror show.

So take care. Monitor the development of cashless societies as they advance (and they will). Take "human action" to align your portfolio in ways that avoid its most deleterious and wealth-sapping outcomes.

And cheer up. The cashless society is never going to be homogeneous. There will always be ways to transact business privately and safe havens where you will be able to operate freely. You will just need to find them.

The alternative media generally will support your quest in this regard and The Daily Bell will continue to monitor the growth of "cashlessness" as well as the alternatives.

Conclusion: Stay free. Protect your privacy. It's your most important asset.