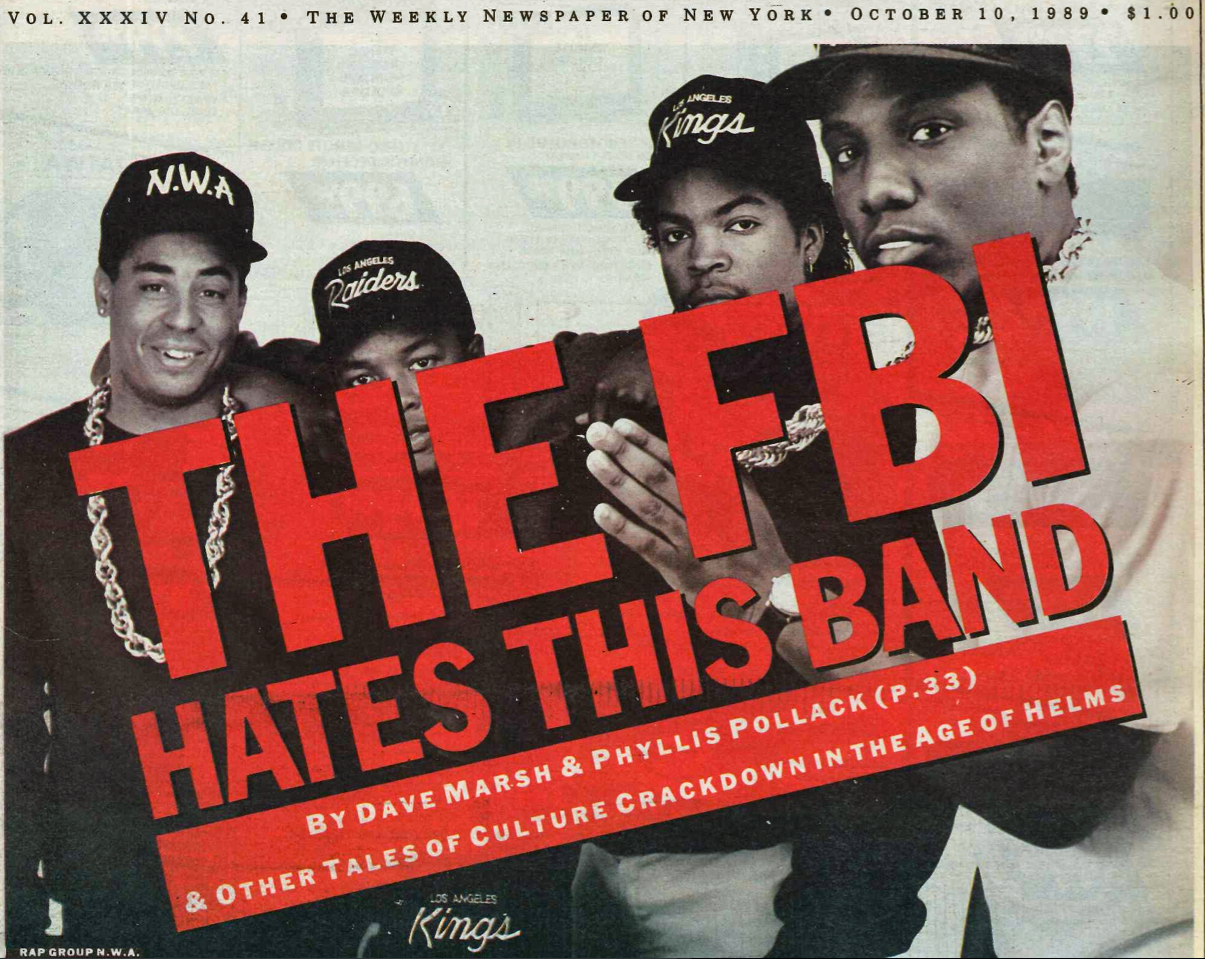 The album was one of the first to include a new parental advisory. But deeper than the “coarse language” was a worthy political message.

These rappers drew attention to how the government treated the inner cities. They documented what life was like in the ghetto amid the crack epidemic. And they called out cops who profiled poor inner-city blacks for aggressive and excessive policing.

Law enforcement refused to work security for the group in a coordinated effort to shut down their concerts.

At one Detroit show, police actually rushed the stage and took out the speakers when N.W.A. played “Fuck tha Police.”

The cops said they thought the song would incite violence. Instead, the police overreaction ended up causing a riot outside the venue.

Cops followed N.W.A. back to their hotel and arrested them.

The FBI even sent a letter to the recording studio, warning that “we in the law enforcement community take exception” to the group “advocating violence and assault.”

(For reference, this is about 20 years after the FBI sent Martin Luther King Jr. a secretly recorded tape of his extramarital affairs, along with an “anonymous” letter urging him to kill himself.)

Despite the radio silence—or perhaps because of the controversy—the album sold 3 million copies. Four N.W.A. members went on to become platinum-selling solo artists, including Ice Cube and Dr. Dre.

Dr. Dre became a billionaire after founding Beats headphones. He also gave rise to artists like Eminem, who sparked another generation of free speech battles over his controversial lyrics.

These are extremely successful, talented individuals who were able to bring huge issues into the national spotlight. Say what you want about their methods, but the gangster rappers of N.W.A. took the battle for free speech to the streets.

And the controversy lives on to this day.

James Webb was at a gas station just outside of Detroit when he saw the police pull someone over nearby. He cranked the volume up on his car stereo before walking into the convenience store.

When he came out, the cops had gathered. They slapped him with a misdemeanor noise violation carrying a $500 fine and 93 days in prison for listening to the song.

The song just so happened to be N.W.A.’s “Fuck tha Police.”

And the cop that gave the ticket said he took offense to the word “Fuck.”

The only problem… the cop was caught on his own body camera shouting the same expletive at the motorist he had pulled over just minutes earlier.

But hey, this is America. Being rude, controversial, and explicit is protected by the First Amendment.

Free speech is more important than a cop’s feelings. America had this conversation 30 years ago when the song first came out.

Webb requested a jury trial to argue his case on free speech grounds. The jury took only 9 minutes to return a not guilty verdict.

It might sound like a juvenile issue. But this fight is in the original spirit of the song. You can’t let little injustices pass, or they become much bigger. You have to confront them.

Luckily this guy fought the law instead of just laying down and letting them steamroll his free speech rights.

So crank up that dial. At least for now in the land of the free, we can keep listening to whatever we want.