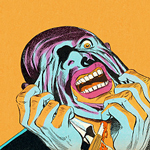 STAFF NEWS & ANALYSIS
America Is on the Brink of a Nervous Breakdown
By John W. Whitehead - October 30, 2018

Yet another smear of ugliness, hatred and violence.

Yet another ratcheting up of the calls for the government to clamp down on the citizenry by imposing more costly security measures without any real benefit, more militarized police, more surveillance, more gun control measures, more metal detectors and whole-body imaging devices, more roaming squads of militarized police empowered to do more stop-and-frisk searches, more fusion centers to centralize and disseminate information to law enforcement agencies, and more government monitoring of what Americans say and do, where they go, what they buy and how they spend their time.

All of these measures play into the government’s hands.

All of these measures add up to more government power, less real security and far less freedom.

As we have learned the hard way, the phantom promise of safety in exchange for restricted or regulated liberty is a false, misguided doctrine that has no basis in the truth.

When things start to fall apart or implode, ask yourself: who stands to benefit?

In most cases, it’s the government that stands to benefit by amassing greater powers at the citizenry’s expense.

Unfortunately, the government’s answer to civil unrest and societal violence, as always, will lead us further down the road we’ve traveled since 9/11 towards totalitarianism and away from freedom.

With alarming regularity, the nation is being subjected to a spate of violence that not only terrorizes the public but also destabilizes the country’s fragile ecosystem, and gives the government greater justifications to crack down, lock down, and institute even more authoritarian policies for the so-called sake of national security without many objections from the citizenry.

Clearly, America is being pushed to the brink of a national nervous breakdown.

This breakdown is manifesting itself in madness, mayhem and an utter disregard for the very principles and liberties that have kept us out of the clutches of totalitarianism for so long.

Yet there is a method to this madness.

Remember, authoritarian regimes begin with incremental steps. Bit by bit, the citizenry finds its freedoms being curtailed and undermined for the sake of national security. And slowly the populace begins to submit.

No one speaks up for those being targeted.

No one resists these minor acts of oppression.

No one recognizes the indoctrination into tyranny for what it is.

Historically this failure to speak truth to power has resulted in whole populations being conditioned to tolerate unspoken cruelty toward their fellow human beings, a bystander syndrome in which people remain silent and disengaged—mere onlookers—in the face of abject horrors and injustice.

Yet whether or not we continue to operate in a state of denial, it won’t change the facts: the nation is imploding, and our republic is being pushed ever closer to martial law.

Mind you, this shift towards totalitarianism and martial law started long before Trump, set in motion by powers-that-be that see the government as a means to an end: power and profit.

These are not tactics used by constitutional republics, where the rule of law and the rights of the citizenry reign supreme. Rather, they are the hallmarks of authoritarian regimes, where the only law that counts comes in the form of heavy-handed, unilateral dictates from a supreme ruler who uses a secret police to control the populace.

Can the Fourth Reich happen here?

It’s already happening. And like the German people, we remain inclined to “look the other way.”

Here are some of the looming problems we’re ignoring, caught up in a state of passivity, denial and indifference:

Our government is massively in debt.

Our education system is abysmal.

Our prisons, housing the largest number of inmates in the world and still growing, have become money-making enterprises for private corporations that rely on the inmates for cheap labor.

We are no longer a representative republic.

The nation’s “infrastructure” is falling apart.

Americans know little to nothing about their rights or how the government is supposed to operate.

Nearly one out of every three American children live in poverty, ranking us among the worst in the developed world.

Patrolled by police, our schools have become little more than quasi-prisons.

In our present surveillance state, that burden of proof has now been shifted so that we are all suspects to be spied on, searched, scanned, frisked, monitored, tracked and treated as if we’re potentially guilty of some wrongdoing.

Americans can no longer rely on the courts to mete out justice.

These are problems that will continue to plague our nation—and be conveniently ignored by politicians—unless and until Americans wake up to the fact that we’re the only ones who can change things.

As always, the solution to most problems must start locally, in our homes, in our neighborhoods, and in our communities.

We’ve got to refrain from the toxic us vs. them rhetoric that is consuming the nation.

We’ve got to work harder to build bridges, instead of burning them to the ground.

We’ve got to learn to stop bottling up dissent and disagreeable ideas and learn how to work through our disagreements without violence.

We’ve got to de-militarize our police and lower the levels of violence here and abroad, whether it’s violence we export to other countries, violence we glorify in entertainment, or violence we revel in when it’s leveled at our so-called enemies, politically or otherwise.

Remember that when you strip away all of the things that serve to divide us, we’re no different underneath: we all bleed red, and we all suffer when violence becomes the government’s calling card.

As I make clear in my book Battlefield America: The War on the American People, the oppression and injustice—be it in the form of shootings, surveillance, fines, asset forfeiture, prison terms, roadside searches, and so on—will come to all of us eventually unless we do something to stop it now.

Unless we can learn to live together as brothers and sisters and fellow citizens, we will perish as tools and prisoners of the American police state.