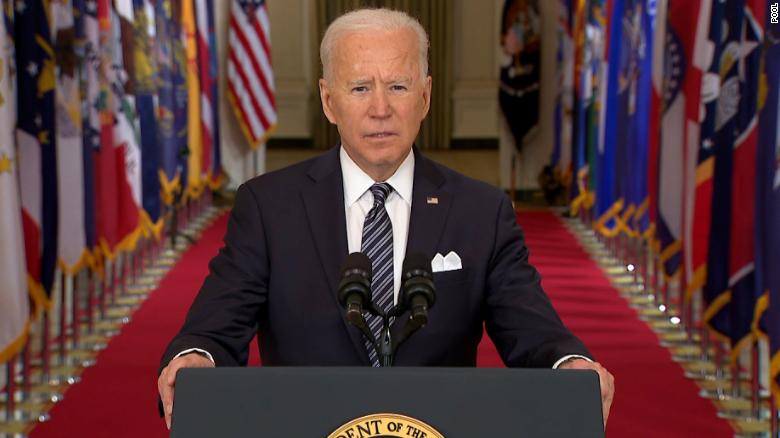 As the New York Times reports, “Newly disclosed documents have shed a crack of light on secret executive branch plans for apocalyptic scenarios—like the aftermath of a nuclear attack—when the president may activate wartime powers for national security emergencies.”

The problem, of course, is that we have become a nation in a permanent state of emergency.

Power-hungry and lawless, the government has weaponized one national crisis after another in order to expand its powers and justify all manner of government tyranny in the so-called name of national security.

The seeds of this present madness were sown almost two decades ago when George W. Bush stealthily issued two presidential directives that granted the president the power to unilaterally declare a national emergency, which is loosely defined as “any incident, regardless of location, that results in extraordinary levels of mass casualties, damage, or disruption severely affecting the U.S. population, infrastructure, environment, economy, or government functions.”

The country would then be subjected to martial law by default, and the Constitution and the Bill of Rights would be suspended.

Essentially, the president would become a dictator for life.

It has happened already.

As we have witnessed in recent years, that national emergency can take any form, can be manipulated for any purpose and can be used to justify any end goal—all on the say so of the president.

The emergency powers that we know about which presidents might claim during such states of emergency are vast, ranging from imposing martial law and suspending habeas corpus to shutting down all forms of communications, including implementing an internet kill switch, and restricting travel.

Yet according to documents recently obtained by the Brennan Center, there may be many more secret powers that presidents may institute in times of so-called crisis without oversight from Congress, the courts, or the public.

It doesn’t even matter what the nature of the crisis might be—civil unrest, the national emergencies, “unforeseen economic collapse, loss of functioning political and legal order, purposeful domestic resistance or insurgency, pervasive public health emergencies, and catastrophic natural and human disasters”—as long as it allows the government to justify all manner of government tyranny in the name of so-called national security.

In such a climate, the American president becomes dictator with permanent powers: imperial, unaccountable and unconstitutional.

Then again, the police state with the president at its helm has been riding roughshod over the rule of law for years now without any pretense of being reined in or restricted in its power grabs by Congress, the courts or the citizenry.

Although the Constitution invests the President with very specific, limited powers, in recent years, American presidents have claimed the power to completely and almost unilaterally alter the landscape of this country for good or for ill.

The powers amassed by each successive president through the negligence of Congress and the courts—powers which add up to a toolbox of terror for an imperial ruler—empower whoever occupies the Oval Office to act as a dictator, above the law and beyond any real accountability.

As law professor William P. Marshall explains, “every extraordinary use of power by one President expands the availability of executive branch power for use by future Presidents.”

All of the imperial powers amassed by Barack Obama and George W. Bush—to kill American citizens without due process, to detain suspects indefinitely, to strip Americans of their citizenship rights, to carry out mass surveillance on Americans without probable cause, to suspend laws during wartime, to disregard laws with which he might disagree, to conduct secret wars and convene secret courts, to sanction torture, to sidestep the legislatures and courts with executive orders and signing statements, to direct the military to operate beyond the reach of the law, to operate a shadow government, and to act as a dictator and a tyrant, above the law and beyond any real accountability—were inherited by Donald Trump and passed along to Joe Biden.

These presidential powers—acquired through the use of executive orders, decrees, memorandums, proclamations, national security directives and legislative signing statements and which can be activated by any sitting president—enable past, president and future presidents to operate above the law and beyond the reach of the Constitution.

This is what you might call a stealthy, creeping, silent, slow-motion coup d’état.

If we continue down this road, there can be no surprise about what awaits us at the end.

Unfortunately, the process of unseating a dictator and limiting the powers of the presidency is far from simple but at a minimum, it must start with “we the people.”

For starters, as I make clear in my book Battlefield America: The War on the American People and in its fictional counterpart The Erik Blair Diaries, we must recalibrate the balance of power.

Start locally—in your own communities, in your schools, at your city council meetings, in newspaper editorials, at protests—by pushing back against laws that are unjust, police departments that overreach, politicians that don’t listen to their constituents, and a system of government that grows more tyrannical by the day.

What we desperately need is a concerted, collective commitment to the Constitution’s principles of limited government, a system of checks and balances, and a recognition that they—the president, Congress, the courts, the military, the police, the technocrats and plutocrats and bureaucrats—answer to and are accountable to “we the people.”

In other words, we’ve got to start making both the president and the police state play by the rules of the Constitution.