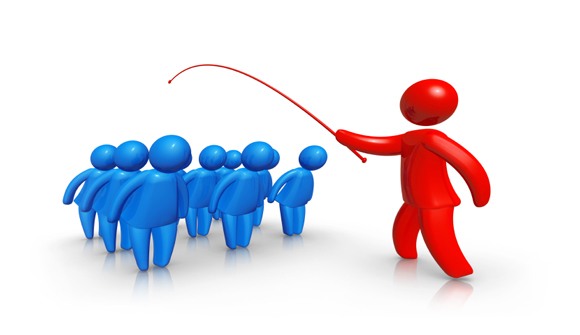 It might sound like complete nonsense until you do a little bit of historical research. People often assume that community policing has always been around, that without police society itself would crumble. Few realize that the model of policing that we know today in the United States has its origins in slave patrols.

The sort of propaganda that many of us are raised to believe has led us to imagine that society was built by "law and order" policing, with regular community patrols, proactively seeking to prevent crime through "policing" the community. But nothing could be further from the truth. – Counter Current News, April 15, 2015

Ask a traditional small-government conservative to define government's appropriate role, and most will list police as a necessary function. We need them to maintain order and stop evildoers.

Yet history shows that societies around the globe managed to maintain order and stop evildoers for centuries, without anything resembling the kind of police departments considered so indispensable today.

Guards were common. Kings and noblemen created armed bands to keep their palaces and fields secure. So did church authorities, labor guilds and other property owners. These guards protected specific places. They didn't roam the streets looking for bad people. It was not their job.

Counter Current News cites historians who say American policing, as we know it today, had its origins in the desire to control ethnic minorities and slaves. New England settlers appointed "Indian Constables" to keep Native Americans in their place.

In the South, the Carolina colony launched the nation's first slave patrol in 1704. Its job was to help wealthy landowners capture and punish runaway slaves. At the time, slaves were "property," but apparently a unique kind of property with the capacity to "steal" itself.

The necessity of these forces should have disappeared with the abolition of slavery and relocation of Native Americans to reservations. But no – bureaucracies, once established, never just disappear. They simply find new missions. The Indian constables and slave patrols evolved into the tax-funded state and local police departments we have today.

That organizations with this kind of heritage would brutalize the people they supposedly "protect" should surprise no one. Organizational memories don't die easily. Each generation passes its attitudes and values to the next one. They change very slowly.

As recently as 50 years ago, local police in Selma, Alabama thought nothing of viciously attacking peaceful protestors crossing the Edmund Pettus Bridge. Similar incidents happened across the South.

Today's police chiefs studied under that era's police leadership. In due course, they stopped officially teaching overt racism and brutality – but the attitudes remained. They live on today in many departments.

Those pushing for police reform may have the right goals in mind, but the wrong strategy. If we want peace and order, maybe the better strategy is to get rid of the police completely. Free people and free markets might well deliver a better way.

It worked before. Why not try again?