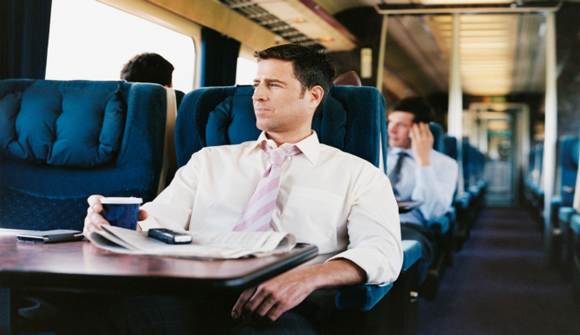 It was a lifetime ambition for 22-year-old Joseph Rivers to arrive in Los Angeles and become a big name in the music business.

And he nearly made it…until a team of DEA agents put a stop to everything by snatching his life savings without even charging him with a crime.

The aspiring businessman from the outskirts of Detroit had managed to scrape together $16,000 and was finally on the train to Los Angeles when the justice department stepped in, reported the Albuquerque Journal.

Officers found Joseph's thousands of dollars stashed in a bank envelope and questioned him about the origins of the cash.

Despite the fact the officers found no drugs or guns in Joseph's luggage – and failed to charge him with any crime – they took his cash away from him under the civil asset forfeiture program. – Daily Mail, May 12, 2015

Stories like this one aren't new to Daily Bell readers. We think often of the state's outrageous overreach in the War on Drugs.

Yet this one strikes a different chord. The victim wasn't slumped in a black SUV cruising through the hood. He was on a passenger train, setting out on what for him should have been an exciting journey.

Tax-subsidized Amtrak promises "Rail journeys to remember" on its web site. Joseph Rivers certainly remembers – and he is not the only one.

Take a few moments and read this story about DEA harassing another Amtrak passenger. It is long, but worth the effort. Go ahead; we'll wait for you.

Welcome back. Stories like these bring to mind images of Nazi Gestapo agents boarding trains, demanding "Your papers, please," of every passenger, who meekly complies. A moment of tension arises when they reach our undercover spy or escaped POW. Sometimes the hero bolts across the train platform before storm troopers gun him down.

Those scenes were once dramatic because they were so unlike life in the United States. Here in the land of freedom, we do not tolerate such totalitarian acts.

Now the drama is real. We don't just tolerate those acts; a sizable part of the public demands more of them. If the War on Drugs isn't enough for them, they bring out the War on Terror.

"If I'm president of the United States and you're thinking about joining al-Qaeda or ISIL [the Islamic State], I'm not gonna call a judge," Graham said, a reference to Sen. Rand Paul's earlier remark about how the NSA should call a judge to obtain a warrant before tapping into people's phone records. "I'm gonna call a drone and we will kill you."

Can there be any clearer admission of totalitarian intent than this? To Sen. Graham, merely thinking about joining a terror group merits extrajudicial execution.

(A question, Senator, if you don't mind. What other kind of thoughts would make you send drones to kill us? We really need to know.)

Of course, we would all love to believe that Sen. Graham was only kidding, and that DEA only harasses people who deserve it. Many Americans will convince themselves of both – but they are wrong.

Germany's Gestapo didn't emerge from a vacuum. Totalitarian regimes are often the product of public demand. People want safety and security, but forget they must give up freedom at the same time.

Americans are doing this right now.