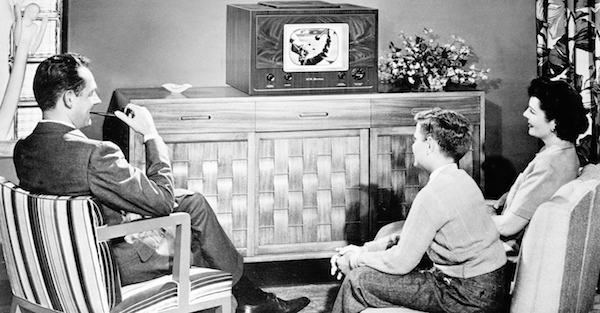 Bangkok Thailand- We’ve all seen the headlines: the middle class in the United States (and much of Europe for that matter) has been in decline for years.

This is the opposite of what we’ve witnessed here in Asia– an astonishing, almost unprecedented rise in the middle class.

Vietnam’s middle class has nearly doubled just since 2013. And there are similar trends across the region.

This is a pretty big deal, signaling not only a game-changing shift in global wealth and power, but also trouble ahead for millions of households on the edge.

My team and I have spent time combing through Federal Reserve data trying to explain this trend. And it’s worth starting with an obvious question: what does it mean to be ‘middle class’ ?

But in general, being middle class means you’re neither rich nor poor.

You earn enough money to be able to pay the bills without want or worry, enjoy modern conveniences and recreation, and still have some funds left over for savings and investment.

This a very delicate balance. And maintaining it depends heavily on the rate of inflation.

Here’s a great example: housing. For the vast majority of people it’s their biggest expense. Most of us spend more on rent or mortgage than anything else.

In late 2011, for example, the average home cost around 3.56 times the average salary in the US, according to data published by the Federal Reserve Bank of St. Louis.

By the end of 2017, the average home cost 4.73 times the average salary, even though mortgage rates were essentially unchanged.

In other words, even when you adjust for the fact that people are earning more, housing became 33% more expensive in just six years– and that doesn’t account for increases in property taxes, home owners association dues, insurance premiums, etc.

It’s the same with rent: back in 2000, the average monthly rent in the United States was 7.38 times the average weekly wage.

So even though people are technically earning more money, their money buys them less and less house.

Medical care costs show the same trend: in 2000, average annual medical care spending in the United States accounted for 10.8% of the average salary.

So again, people are earning more. But despite those wage increases, they’re spending 43% more on medical care than they used to.

My team and I spent some time analyzing the Department of Commerce’s “Personal Consumption Expenditures” (PCE) data series; the PCE is an account of consumer spending, and it is the Federal Reserve’s primary metric in measuring inflation.

In an ideal world, inflation would be 0%, i.e. prices would be stable, and the PCE wouldn’t budge. But that’s rarely the case.

Now, one would hope that, as consumer prices increased, wages would at least keep up.

But that hasn’t happened.

According to the Commerce Department’s data, inflation has exceeded wage growth for 33 out of the past 38 years, averaging a loss of 1.35% per year.

This is crucial. One or two years of losing 1.35% of your income’s purchasing power would be no big deal… just a rounding error.

But decades of this sustained erosion can really take a toll on the middle class. And it did.

In aggregate, inflation has outpaced wage increases by 66% since 1980. This means that the average American salary buys 66% less than it used to four decades ago.

People have made up for it by going into debt.

Back in 1980, the average amount of debt per worker in the US was 1.96 times his/her monthly salary.

Same theme– yes, people are earning more. But the amount of debt that they owe relative to their wages is more than 2.5x greater.

Simply put, this isn’t the path to prosperity. There are precisely zero examples from history of a major power achieving long-term economic success by slowly degrading its middle class.

This is a very long-term story.

Just like the gargantuan size of the national debt, the major funding crisis plaguing US pension funds (including Social Security), and the steady debasement of the currency, this slow erosion of the middle class will take years and years to play out.

But the impact of all these trends cannot be understated, as they will truly shape the history of things to come, both in the United States, and across the world.