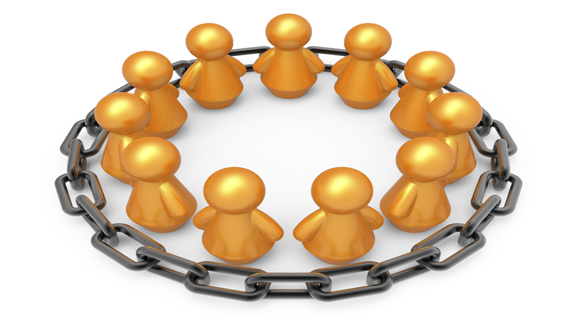 Dominant Social Theme: This terrible economic crisis provides us with an opportunity to deepen the union and make it truly indivisible.

Free-Market Analysis: Frau Merkel is at it again, proving what we have long observed – that the top men of the eurozone have in mind using every scrap of each EU disaster to promote a further, deeper union.

This has actually been stated in so many words in the past, and here we can see Merkel making the case again. Never let a good crisis go to waste … that's the idea anyway.

See how Merkel does it …

In her first parliamentary speech since her re-election for a third term on Tuesday, she warned that Europe needed to take further action to make the euro zone crisis-proof. "Clearly the euro-zone debt crisis is not yet overcome. One cannot emphasise this often enough. But we are seeing first successes and we are convinced it can be overcome permanently," she told the Bundestag lower house of parliament.

She said Ireland's successful exit from the bailout program last week and progress elsewhere showed that her approach of seeking reforms in return for aid had been the right one. More European Control "I know that pushing through treaty changes in the member states can be difficult, but if you want more Europe, you have to be prepared to develop it further," Merkel said.

"In a world that is constantly changing, we can't stand there and say that at some point we agreed the Lisbon Treaty and there's no need to change it again. This won't work."

Germany wants closer economic policy coordination and will push at a summit of European Union leaders on Thursday and Friday for members to agree binding contracts with the European Commission to implement further reforms. It is also pushing for changes to the Lisbon Treaty to give greater European control over policy.

Germany's closest ally in Europe, France, opposes such a move, as do other member states. "European unity remains one of the most important tasks of the grand coalition," said Merkel. "Germany is only strong if Europe is strong."

One has to look behind the general banalities to arrive at the dirigiste realities. What Merkel wants – along with the strong men of the international banking community – is a one-size-fits-all economic policy to go with a monetary union.

Presumably, this means an economic "deepening" that will give Germany additional clout to mandate how the EU operates. But not satisfied with generalities, we researched exactly what Merkel might have in mind.

We found this, a white paper from the Jacques Delors Institute entitled, "Deepening the EMU: how to maintain and develop the European social model."

The paper tells us definitively and insufferably about the main options that Merkel and others have in mind for the EU. Apparently, as the Lisbon Agreement won't allow for the radical nature of these alternatives, Merkel and the rest will want to rewrite that weary treaty once again.

And thus again we will no doubt be treated to the spectacle of EU countries voting against what their bureaucratic masters have in mind and then being harried to vote again and even again until the nos turn to yeses.

Here are the goals that Merkel et al. want to push forward, according to this report:

Finally, there is a third possibility for the future EMU's development. Growing threats to the EMU economies and to the European project as a whole arising from low growth, social unrest, growing euroscepticism as well as a declining role of the EU on the global stage convince the member states of the need to define a positive agenda for the EU/EMU's future.

This agenda is built on a "sense of common purpose" instead of a previously prevailing "sense of survival". The year 2014, with the European elections and the nomination of new European leaders, presents a window of opportunity for this change of paradigm.

The sense of common purpose is based on the transition to a new model of growth and is inspired by the Europe 2020 strategy. However, growth is not seen as an end in itself; instead, it is treated as a prerequisite for maintaining and increasing the EU/EMU's prosperity and, by extension, a mean to preserve and enhance national welfare states, which symbolize the "European way of life".

Such a consensus represents the starting point for successfully addressing the EMU's short and long term challenges and to reconcile European citizens with the European project. It has several potential benefits for national welfare states:

The new growth strategy is mobilized to achieve the Europe 2020 targets and to improve the European competitiveness in the world by investing in human capital and creating new infrastructures (physical, cyber and intellectual). New sources of growth should provide the necessary potential needed to reform and modernize the national welfare states in a least painful manner.

Faster growth and more tax cooperation is expected to reinforce the fiscal basis for social spending and thus contribute to the long-term fiscal sustainability of the national welfare states.

A strengthened EU action in favour of fast recovery of the peripheral EMU countries and a coordinated answer to the need of rebalancing in the EMU would contribute to lowering the social and economic divergences between the core and the periphery.

The adoption of a cyclical adjustment fund would protect the EMU countries from the negative consequences of asymmetric shocks and reduce the need to engage in internal devaluations using social policies as adjustment variables.

The definition of common social standards acts as a protective barrier against social competition between EMU countries.

Let's unbundle this. The common sense of purpose is not currently on the horizon in an EU riven with failing economies and political rivalries. Thus, whatever is imagined by Merkel and her cohorts, we can probably expect an aggressive promotional campaign emphasizing the virtues of the EU.

The main point of this campaign will be to rewrite the Lisbon Treaty so that Brussels can basically raise taxes at will as part of an EU "coordination" effort while imagining much more in the way of "modernizing" that the EU can undertake.

This is actually the recipe for further EU disasters, as additional taxation combined with further expansive public works will unbalance federal Europe in much the same way as its nation-states.

What Merkel and the rest have in mind is a naked power grab that will allow Brussels to do the taxing and spending that is now occurring at a national level.

What is being deepened is not so much the EU as the ability of a small circle of bankers and bureaucrats to raid the public purse at will.