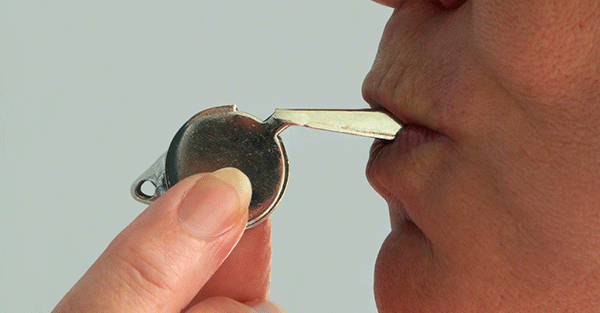 Who is this anonymous person who believes his vast Panama Papers leak hasn’t triggered enough “action?”

Why does he want Western governments to try harder to prosecute those who have put assets in places other than their own countries?

He has it backward in our view. Unfortunately, you won’t find a word in the mainstream media criticizing the decision to steal and disseminate people’s private correspondence.

And what exactly does he believe the EU, US and Britain would do with all the extra money they’d presumably receive from individuals who repatriated assets?

What do Western countries do now?

The US spends billions bombing other countries, including women and children.

Women in parts of Iraq have been told not to have babies because the depleted uranium spread by US weapons was causing so many birth defects.

And Libya is still a chaotic, murderous mess because of US and British intervention.

The US invasion of Iraq was based on Weapons of Mass Destruction that didn’t exist. And US politicians have taken to admitting that the Libya invasion was a mistake.

If Mr. Anonymous has his way, the US and other Western countries will have additional streams of revenue to help kill even more people for no reason.

Britain can’t efficiently utilize the funds it has either. Its national public health system is a disaster. Women give birth in taxis because the hospitals are full.

But British hospitals shouldn’t be full because it is unofficial policy not to give old people anything to drink so they die quickly and open up beds.

It is not a secret. Both the UK Telegraph and Daily Mail among other publications reported on the practice in detail in 2012 articles. It included withholding food as well.

Many EU countries have significant prisons systems but nothing compared to the US. The US at any given time has six million people in various stages of incarceration.

Many prisons are privately run and the convicts are little more than slaves. Prison administrators have contracts in place with cities and states guaranteeing them a steady supply of “criminals.”

The whistleblower behind the Panama Papers broke their silence on Friday to explain in detail how the injustices of offshore tax havens drove them to the biggest data leak in history.

The source, whose identity and gender remain a secret, denied being a spy.  “For the record, I do not work for any government or intelligence agency, directly or as a contractor, and I never have. My viewpoint is entirely my own.”

According to the Guardian, the whistleblower also wrote that shell companies of the sort identified in the email leaks “are used to carry out a wide array of serious crimes.”

And he added, “Income inequality is one of the defining issues of our time.”

Well, what about killing old people by depriving them of water? Or causing a wave of birth defects by exposing women to depleted uranium? Or putting people into prisons and treating them like slaves?

We previously wrote about the Panama Papers here: “Without Fanfare, Financial Privacy Was Wiped Out Last Week in DC.”

Never in the history of humankind has it been impossible to create an anonymous legal entity. But now it will be. And this doesn’t seem to be a momentous event to the world’s mainstream media which is reporting on the story as if it has to do with tax evasion.

The larger issue is that a handful of elected and unelected bureaucrats have decided that YOU – a person, a businessman, an investor – have no right to set up a corporation without publicly affixing your name to it.

The whistleblower certainly doesn’t have problems with depriving people of the right to conduct their affairs privately.

The Guardian tells us that he supports “moves by Cameron to introduce public registers of offshore companies which would show the beneficial owners of companies.” Britain, we learn, is about to provide a public register for UK companies.

Interestingly, the source did have a few reproving words for governments over “harsh treatment of whistleblowers.”

The source singled out Edward Snowden who fled the US while accusing it of monitoring citizen communications in a massive, unconstitutional manner.

Of course, one could also make the argument that Snowden had done the work of the US government by making everyone aware that they were being listened to, legally or not.

Snowden worked for the CIA before his “leak.” The source (see above) claims emphatically that he does not.

Here’s a thought: Why can’t central banks simply print money and hand it to the government? The “tax money” is printed by central banks anyway. Modern tax systems seem more about control than solvency.

Conclusion: One can certainly understand the anonymous source’s indignation that some people are so much wealthier than others. But the solution is to encourage more freedom not less. The source has it backward. The best way to create wealth is to reduce government activism,  not encourage it.